As a musical director, George Freeman is well versed in selecting players, communicating concepts and orchestrating powerful shows. His solo full-length debut, Make It Happen, reveals a musical crossroads of jazz, pop, R&B, gospel and neo-soul. Slow burning grooves underscore supple melodies, articulate arpeggios and dynamic keyboard dexterity as the keyboardist, producer and bandleader who plays behind a celebrated roster of musical luminaries steps into the spotlight to showcase his own artistry.

Songs from Make It Happen, like "Tengo Un Amor", "Two Step" and others currently play on both national and international jazz radio and internet stations. In 2015, George's first single release from the album "Night Lights" placed 26th on the Billboard Smooth Jazz National Airplay Chart, and stayed on the chart for nine weeks. Making his home in the North Carolina town of Fayetteville, George is a prime player in a vital creative community that includes saxophonist Jeanette Harris who is featured on a reinterpretation of the Anita Baker hit “Sweet Love” included on Make It Happen. “I look for people who are open minded; who aren’t locked into one thing,” George says. “Talent and capability, that goes without saying, but I enjoy good spirited people who are easy to work with.” Born to a musical family, George says that singing in church was a key factor in his education. “I believe singing with my family at such a young age helped develop my ear to pick up different harmonies so well.” At the heart of his musicality is a connection to the piano, an instrument that his father played. “My dad taught me four of five basic chords,” he remembers. “And everything flowed from that knowledge.” Playing in churches also taught him how to move with the spirit. “Since I was 13, I’ve played for worship services,” he says. “In gospel there is a lot of freedom to add blues and jazz chords. Today’s contemporary gospel is a melting pot of genres.” As a composer and songwriter, George is most inspired by moments of solitude at the keyboard. “I try not to put too much thought into it because that will mess it up,” he laughs. “But I might write about traveling somewhere, different life experiences, ups and downs and emotions. Practicing and learning different progressions lead me into writing songs.” Recorded for Low Key Productions, Make It Happen encompasses a rich dynamic spectrum as George employs all of the digital wizardry of the latest technology.

But it is the instrument from his youth that infuses the tracks with the requisite warmth. “Years ago, I purchased an acoustic piano. You can’t beat the feel of a real instrument in my opinion. It’s vintage and it gives so much depth and richness.” As a musical director and bandleader, the demands on George’s time and creative energies are considerable. “When you are in the process of doing everything for everyone else — putting shows and bands together — it is music all of the time. And because you don’t see the immediate gratification or payment from a solo project, you tend to keep putting it off. But a friend of mine put out his album and I watched him in the process. I thought, ‘I’ve played behind people who do this, why don’t I give it a shot?’” With Make It Happen, all of the facets of George Freeman’s ever-evolving artistry are highlighted in vivid detail. A thoughtful, analytical player and composer, George is proud of the influences that he distills into his own creative identity. “I hope my music is an enlightening part of my listeners’ lives, a soundtrack that allows them to relax, and think back with some good listening music.” Bringing musicians and audiences together, composing thoughtful music with soul and imagination and crafting modern smooth jazz soundscapes: Today, George Freeman commands center stage to Make It Happen. Show less

Southport Records Announces The Release Of George Freeman's 'Everybody... 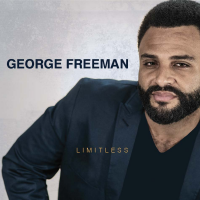 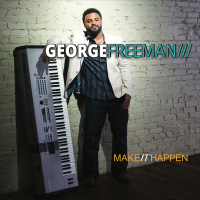 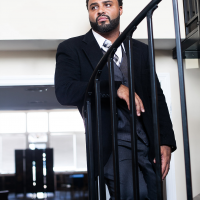 All About Jazz musician pages are maintained by musicians, publicists and trusted members like you. Interested? Tell us why you would like to improve the George Freeman musician page.