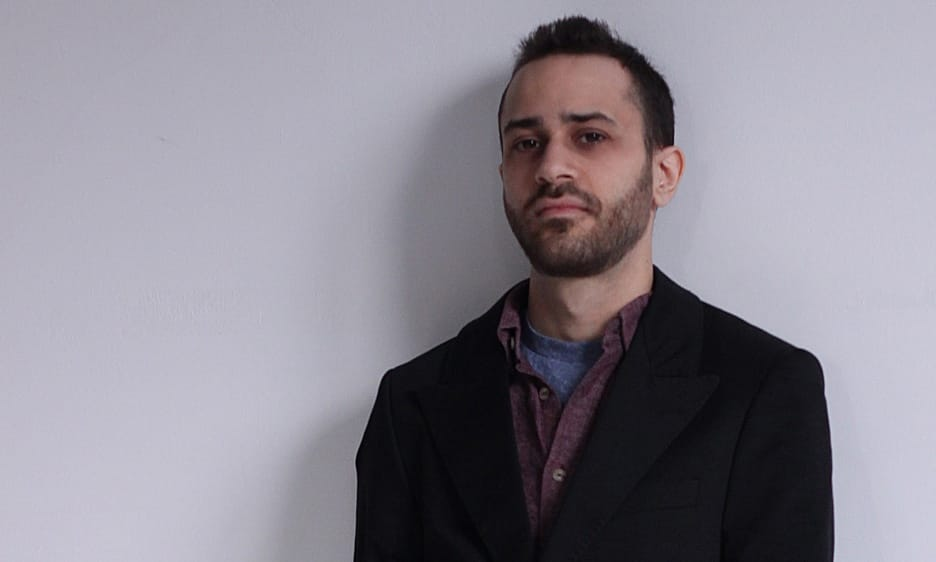 Boaz Marva is a distinctively accomplished jazz and rock guitarist, vocalist and composer. He plays in DOR SAGI band (who recently recorded an EP with keyboardist Jason Lindner as producer), worked with Amir Segall and Ben Silashi in their project Zzajeerf, gigged with Andreas Toftemark, Elam Friedlander, Naama Gheber, Joni Paladin, Sammy Weissberg, Guy Paz plus his own projects, Marva's Wondrous Whimsy, Boaz Marva Trio, and other endeavours. Boaz started his ways in the rock and metal scenes in his home country Israel as a teen, and released some records with his bands Abrage, Mania D' Pressia and Scarcity. with time and curiosity he delved into the jazz world and started exploring that music and playing gigs in various venues across the country. Eventually his coming to New York to study at The New School in 2016 has been a start of a new road into gaining more recognition as an influential guitarist, but also into vocals and composing his own music.

I studied for a long time with Sam Yahel. He really taught me how to approach the guitar from a pianist's chordal view, and connect more to my inner voice, things that I'm still working on as I go along. I also studied a little bit with Peter Bernstein and Doug Weiss, and also with Ofer Ganor back in Israel, the sweetest man and one of the greatest jazz guitarists in the world in my opinion. I am influenced by many Jazz Guitarists such as Peter Bernstein, Johnny Smith, Kurt Rosenwinkel, Barney Kessel. I also like Sonny Rollins a lot, John Coltrane, The Jazz Messengers, Miles's both Quintets, all those classics. In the more modern realm I really like Will Vinson, Shai Maestro, Nasheet Waits, Brad Mehldau. I listen and also transcribe sometimes a lot of other types of music too, including Arabic classics, Brazilian, Bolero, Samba, Rock, Punk, Metal, Classical composers, Funk.

It was of course a long process and did not happen at once. As a teen I went to a lot of concerts and saw many inspiring musicians, but check this out. When I was 10 or 11 years old, I had a big fight with my sister. She left the house and went to someone I disliked at the time. I sat angrily in the kitchen as a Blink 182 song came on the radio. Suddenly, I wasn't angry at her anymore, and I felt that all that anger was quite foolish. I realized the great power of music. I wanted to have that kind of healing power.. so I went to my first guitar lesson at 11 years old and a long journey began.

I'm still figuring this out, but I think that sound is the most important thing, and then all the rest follow. I like to investigate many types of music and fuse them together to see what comes out, for example, I'd listen to Wadih El Safi, Chico Buarque, Art Tatum and Meshuggah at the same day and see what comes out when I compose. Or take a phrase or an element from one of those and try to see how it blends into a different atmosphere. Keep "stirring the soup" as Reggie Workman said in a lot of classes I took with him at The New School.

If I could revive Coltrane, Charlie Parker, Freddie Hubbard, Bill Evans, Wes Montgomery, Charlie Haden and Tony Williams, that would be one crazy jam.

I used to work a lot with a certain musician who was truly amazing and great and blew me away everytime, however never wanted to get a picture taken by the audience members for some unknown reason. That musician used to first ask, then yell, every gig, at whoever took a picture or a video so I had to hold myself from laughing.

It's hard to choose. I like playing at Rockwood Music Hall, Pete's Candy Store, Anyway Cafe, Flatiron Room. I'd love to play at Birdland. It has great acoustics and is very specious and welcoming. I recently saw a show of my friend and colleague, Naama Gheber, which was simply awesome. She was great as always, of course, but also I could hear everyone clearly and the sound was amazing.

I think I'm a good listener. So naturally that can help make the other musicians in the room feel more comfortable to express themselves. I also like to think that I have an open mind and flexibility in my playing and in my understanding of other musicians ideas.

I almost started a career as an actor when I was really young. Also, I can make great Bukharian rice!

Probably Bird and Diz. Such a classic. You can really feel the excitement and passion they had back then.

DOR SAGI's EP will be released sometime in 2020, and we will probably tour the states. I also have upcoming shows in Israel with my trio and solo works for 2020 and 2021. I look forward to releasing my own music sometime in 2020.

Louis Armstrong's "When You're Smiling"

Probably some kind of scientist. I like to dig deep into issues that interest me and research everything about them.

I'd probably choose Johann Sebastian Bach, see what he was like, talk about how he composed, his philosophy, the politics of his time, see what's his favourite dish, you know, all that jazz.