Born September 3rd, 1967 in New York City, guitarist Peter Bernstein has been a part of the jazz scene in New York and abroad since 1989. During that time he has participated in over 60 recordings and numerous festival, concert and club performances with musicians from all generations. As a leader, Peter has made five recordings for the Criss Cross Jazz label. The latest, Heart’s Content, features the all-star rhythm section of Brad Mehldau, Larry Grenadier, and Bill Stewart. While a student at The New School, Peter met the legendary guitarist Jim Hall, who asked him to participate in his Invitational Concert as part of the 1990 JVC Jazz Festival 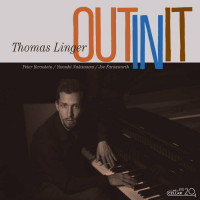