Anaïs Reno, a 17-year old Drama major at LaGuardia High School for the Performing Arts in NYC, was born on November 29, 2003, in Geneva, Switzerland. Despite her very young age, Anaïs has been artistically very active, involved in the performing arts since age 8. After winning the 2016 Forte International Competition’s Platinum Award at Carnegie Hall, Anaïs won Second Place at Michael Feinstein’s Great American Song Book Academy competition in Carmel, Indiana in the summer of 2018, First Place at the Mabel Mercer Foundation competition, in New York, in March of 2019, and won the Julie Wilson Award in 2020.

Studying voice and music since 2013 with Sarah Tolar as a recipient of the Renati-Kaplan Scholarship Program at the 92nd Street Y as well as with her father, a former opera singer, Joan Lader, and Lee Lobenhofer, Anaïs has had a rapidly growing career as a singer with a love for jazz and the Great American Songbook. Since age 10, Anaïs has had the opportunity to sing with highly acclaimed professionals in the field and perform in prominent venues. Thus, she has performed with the NY Philharmonic in David Geffen Hall with her own compositions, Anaïs made her Rose Hall debut last October in Lincoln Center in the Cabaret Convention. Last November she sang at NJPAC with Billy Stritch, Catherine Russel and Clint Holmes. She has had three solo shows at Feinstein’s 54 Below with Billy Stritch and Tedd Firth, the first being at age 13. She had two shows in May and December of 2019, the latter celebrating the music of Billy Strayhorn/Duke Ellington. Last August, she performed with the Birdland Big Band. Last May, Anaïs was asked to perform by Michael Feinstein at a private event. Anaïs has performed at the Friar’s Club, the National Arts Club and the Player’s Club. She has also performed several times at Carnegie Hall. 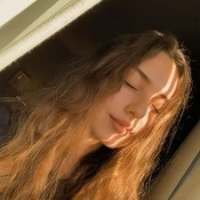 All About Jazz musician pages are maintained by musicians, publicists and trusted members like you. Interested? Tell us why you would like to improve the Anaïs Reno musician page.