Josh is a pianist, arranger, composer, and teacher based in Montreal, Canada. Throughout his 15 year career he has performed extensively in Japan, Europe and North America. In 2005 he was nominated for the Prix du Festival at the Montreal International Jazz festival. In 2007 he played at Carnegie Hall with Nikky Yanofsky appearing also on her Juno nominated debut DVD/CD “Ella…I swing of thee”. In 2009 he received a commission from The European Broadcasting Union to compose a jazz suite for two pianos entitled “Menuet and Duo” which was recorded by CBC at its premiere in Montreal at Pollack Hall and broadcast internationally. His most recent CD features new original music for nonet and will be released in 2017 on the label Bent River Records. Currently, Josh is assistant professor in the jazz specialization at Concordia university, Montreal. Some of the names that Josh has performed and/or recorded with include: Ingrid Jensen, Walt Weiskopf, Donny McCaslin, Joe Morrello, Pat Labarbera, Kevin Dean, Rane Lee, and Dawn Tyler Watson.

Josh Rager, in His Own Words

“Top 10 of 2012…The disc’s focus on solo piano and trio tracks makes clearer than ever Rager’s stature as a player and composer of considerable substance and feeling.” Peter Hum, JazzBlog.ca Press quotes about Josh’s CD Time and Again ***1/2 Josh Rager is one of the new breed of Quebec musicians offering up a sweet, smoky, fast-paced brand of fusion and uptempo jazz. Paul Marck, See magazine, December 24, 2008 ****Montreal pianist-composer Josh Rager's music encompasses a lot of sounds from the acoustic jazz oeuvre of the past 40 years. Karen Plato, Vancouver sun December 17, 2008 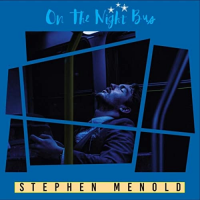 On the Night Bus 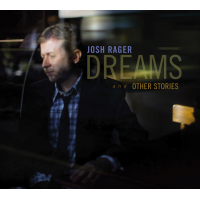 All About Jazz musician pages are maintained by musicians, publicists and trusted members like you. Interested? Tell us why you would like to improve the Josh Rager musician page.