In a career that spans two decades and encompasses a broad array of musical ventures, saxophonist Mark Turner has emerged as a towering presence in the jazz community. With a distinctive, personal tone, singular improvisational skills and an innovative, challenging compositional approach, he’s earned a far-reaching reputation as one of jazz’s most original and influential musical forces. A New York Times profile of Turner titled “The Best Jazz Player You’ve Never Heard” called him “possibly jazz’s premier player,” noting his reputation amongst his peers and his influential stature in the jazz world. 2013 finds Turner entering an exciting new creative phase, with his varied talents showcased on a variety of notable new recording projects 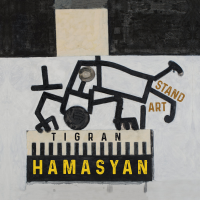 Episode 769 starts off with vibraphonist Steve Shapiro with new material off his latest album Plan to be Spontaneous. We follow that with a great story acting as a lead into Lee's Summit, MO-native Pat Metheny. The modern tunes continue with Lia Booth, Dana Fitzsimons and Plinio Fernandes. There is brand new music from Roger Lewis ...

With Covid-19 generally having had its way in recent years, shuttering many venues at which jazz musicians were accustomed to performing, it is a pleasure to hear an actual concert with a real live audience--even if the group is a piano-less quartet striving to hold its listeners' interest through five extended numbers whose collective playing time ... 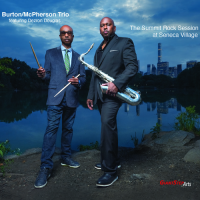 It must have been a feeling of great happiness and triumph in the midst of the Covid-19 pandemic for musicians to actually perform for an audience. A live, in-person audience that is, not a Zoom session from a home studio. That joyous feeling is quite evident on Jason Palmer's Live From Summit Rock in Seneca Village ...