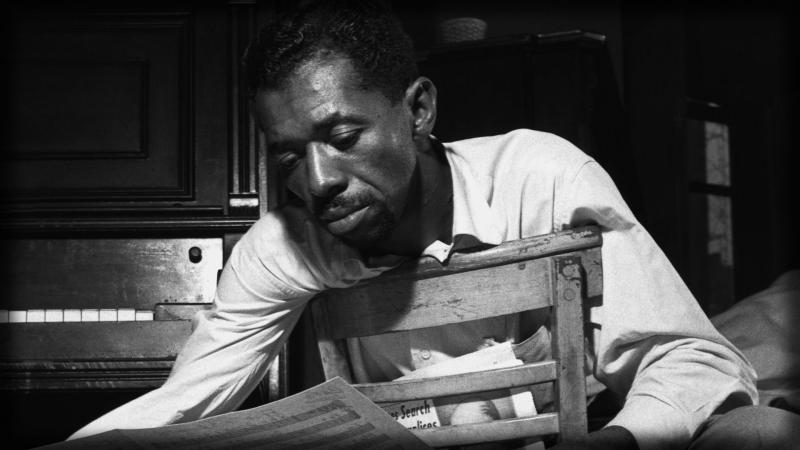 By DUSTIN MALLORY
February 17, 2017
Sign in to view read count
Drummer "Philly" Joe Jones is known as one of the most recorded drummers in jazz history, appearing on more than 200 albums. His legacy as a studio drummer appears on seminal classics like John Coltrane's Blue Train, Thelonious Monk's Blues at the Five Spot, Miles Davis's Milestones, and Bud Powell's Time Waits. Beside these recordings, Jones regularly toured as a member of the Miles Davis Quintet and a later incarnation of the Bill Evans Trio. Jones also learned or received tutelage from some of the biggest names in drumming: Buddy Rich, Cozy Cole, and Big Sid Catlett. However, the teacher that he chose to pay the greatest tribute too on his album Mo' Joe, was none other than Charles "Charley" Wilcoxon.

Unless you are well-versed in the rudimental drum tradition, there is a good chance that you've never heard of Charley Wilcoxon or his influential method books. Wilcoxon was born in 1894 in Coshocton, Ohio. He spent his early career as a drummer who performed in minstrel shows, pit orchestras, vaudeville shows, and movie orchestras. In 1922, Keith's Palace Theatre (now the Connor Palace) in Cleveland, Ohio opened as a home for vaudeville and eventually motion-pictures. Wilcoxon was the house drummer there for more than a decade. In the early 1930s, Wilcoxon opened a small music store and began a new career as a drum instructor. Wilcoxon spent the following years publishing some of the most important etude books in the rudimental drumming world: The All-American Drummer, Rudimental Swing Solos, Wrist and Finger Control, and The Drummer on Parade. Wilcoxon died in 1978 and was posthumously inducted into the Percussive Arts Society's Hall of Fame in 1981. His listing can be found here.

Although very little has been written about Mr. Wilcoxon, his imprint on American music can be found everywhere. In the late 1950s, drummers Philly Joe Jones and Joe Morello were leading the jazz world as members of the Miles Davis Quintet and the Dave Brubeck Quartet. Both men were former Wilcoxon students. They would go on to be drum instructors and both men would require all their students to study from the Wilcoxon method books. Many of Morello's students would achieve fame of their own and continue to pass on the Wilcoxon tradition. Those students include John Riley (of the Village Vanguard Orchestra), Robert Hohner (of the Detroit Symphony) and Steve Smith (of the rock band Journey). Each of these drummers went on to become teachers of Wilcoxon's methods and consequently landed Wilcoxon's influence into nearly every genre in American music.

Philly Joe Jones chose to pay homage to his mentor another way. In October of 1968, Jones entered Trident Studios in London, England to record an album under his own name that would be called Mo' Joe. Jones had been living in England for the better part of a year and had refocused his career on teaching. He had just finished a method book of his own and had taken on a larger load of students—no doubt focusing on Wilcoxon's etude books. The recording session included a group of English musicians performing a set of standards as well as two new compositions by Jones titled "Mo' Joe" and "Trailways Express."

The most notable moment of the session is the eight-measure drum break that opens the recording of "Trailways Express." For the drum break, Jones opted to play the first eight measures of Wilcoxon's "Rolling in Rhythm" etude...verbatim! A copy of the etude can be viewed here (note that Wilcoxon dedicated the etude to his former student Joe Morello). The performance can also be heard here or on the video player at the bottom of the page. For comparison, a performance of the etude can be heard here.

Although Jones had studied with Wilcoxon and frequently stated his use of the Wilcoxon method books, this recording provides solid evidence of the influence Wilcoxon had on Jones. Further evidence was provided in a 2011 article of Modern Drummer by Jim Payne. As a former student of Jones, Payne described the process that Jones took him through in learning the "Rolling in Rhythm" etude. Payne made no connections between the etude and "Trailways Express," but instead recalled his first lesson with Jones when he was instructed to buy Wilcoxon's Modern Rudimental Swing Solos (the volume in which "Rolling in Rhythm" appears). That article can be viewed here.

In his later years, Jones sat for an interview with the drummer Art Taylor that is included in the book Notes and Tones: Musician-to-Musician Interviews. Taylor was a well-known drummer in his own regard and performed on seminal recordings by John Coltrane, Jackie McLean, and Lee Morgan. In that interview, Jones credited Wilcoxon as being an early mentor. "I've had some lessons with Charles Wilcoxon in Cleveland. He's a beautiful teacher and has some beautiful books out, too." Jones then reminded Taylor, "You have some of them."

For more information on Philly Joe Jones, a biography-driven thesis on his life is available from the Percussive Arts Society. It can be viewed here.