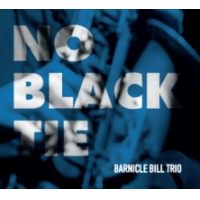 Haanstra is often found in more progressive settings such as Yuri Honing Wired Paradise, with whom he recorded the intoxicating White Tiger (Jazz in Motion Records, 2010), or the Amsterdam Percussion Group, which has collaborated with drummer Terry Bozzio. Here, the bassist chalks up many a mile of probing walking bass lines, showing that he's equally at home in the swing and blues traditions. Engels keeps it in the pocket and Martinez leads the way with mellifluous flowing lines that belong to an alto lineage stretching from Lester Young, Charlie Parker and Bunky Green to Steve Coleman and Greg Osby.

The trio eases from the relaxed swing of pianist Thelonious Monk's "Brilliant Corners" and the up-tempo, Parker-esque "Three Little Words" to the beautifully plaintive ballad "Little Girl I Miss You"— a highlight of the set; Martinez and Haanstra's emotive playing conveys a yearning that gains in intensity, while Engels' skittering brushes have a restless edge. The legendary Dutch drummer, veteran of sessions with trumpeters Dizzy Gillespie and Chet Baker, saxophonists Stan Getz, Ben Webster and Johnny Griffin, and bassist Hank Jones, is in fine form; his subtle hands blur the line between sticks and brushes, particularly on "Three Little Words, where he drops occasional bass bombs to great effect.

The trio ups the tempo on Monk's "Straight No Chaser" and stretches out on alto saxophonist Jackie McLean's "Dr. Jeckyll." Martinez seems particularly inspired on his former teacher's much covered standard, endlessly weaving sinewy lines as Haanstra's double-time walking bass and Engel's constant ride cymbal spur him on. Haanstra's extended solo, accompanied by rumbling drums and hissing cymbals, steers the music in a more contemplative direction before Martinez opens the throttle once again in breathless conclusion. Martinez is also a fine balladeer and his rendition of "For All we Know" is as soulful and as tender as a moonlit slow dance.

The bluesy swinger "Vancouver Nights" is credited to pianist/bandleader Duke Ellington, but proves illusive to trace and may be a Ronald William Collier composition from a rather forgettable 1967 session Ellington made with Collier's Canadian big band. Martinez's own "Free like a Bird" is an uncomplicated swing affair, though there's an inescapable charm in the undulating alto and bass lines. Martinez's "Cruel Calypso" rounds off a tight trio performance in celebratory Caribbean style.

The BBT could knock this stuff out ad infinitum—doubtless with the panache and soul on display here—yet if the trio is to grow, then a few more originals might be the way forward.

Brilliant Corners; Free Like a Bird; Three Little Words; Little Girl I Miss You; Vancouver Lights; Straight No Chaser; For All We Know; Dr. Jekyll; Sweet and Lovely; Cruel Calypso.