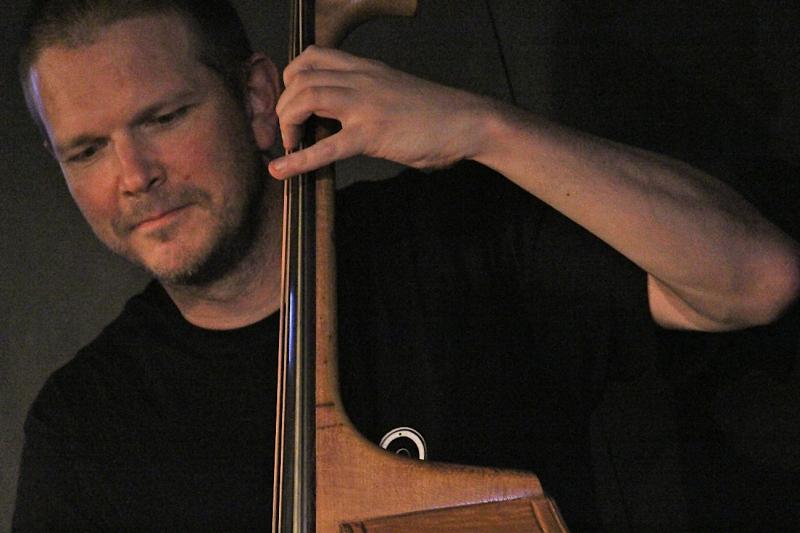 Martin Zenker was born in Munich and has been a freelance bassist since 1987. Performance credits include Jimmy Cobb, Billy Hart, James Moody, Jim Snidero, Steve Grossman, Barbara Morrison, Peter King, Don Braden and many more. Now based in Hamburg, he was Professor of Bass and Jazz History in Seoul, South Korea from 2008 to 2012.

Every good bassist, from Pops Foster to Larry Grenadier, along with a lot of other people! Personally, I owe a lot to a few drummers, notably Rick Hollander and Billy Hart.

I was six or seven years old. I knew I wanted to be a bassist when I heard Percy Heath around 1982.

I prefer human made and acoustic music. But anything that's good and honest is welcome.

Get your tools together, but don't forget that it is always your story and you are the only relevant judge to your music. Don't cheat yourself!

Too many to mention and I've worked with some of them in the past. I would like to play more in a big band.

Also too many to mention because I've spent a lot of time on the road, but one is Jazzfestival Mongolia. Five minutes before the gig, the fingerboard of the only upright bass in town came off. I took the strings, put some scotch tape around, put the strings on again, and played the gig. I didn't play too many bass solos that night— which wasn't a bad thing.

I choose my favorite places by the personality of the promoters, and some of them are really great friends and supporters. L'Archiduc in Brussels, Palm and Evans in Seoul, Unterfahrt in Munich, The Jazzbar in Edinburgh, and many others.

I guess Live In Shanghai (Mons, 2007) by Ugetsu, partly because of the trip and the recording circumstances. Route F (Enja, 2009) by Billy Hart is another one for it's honest and direct approach to the music.

The first one I listened to was We Get Requests (Polygram, 1964), by the Oscar Peterson Trio, this made working on a record with Ed Thigpen very special. The first one I bought was Modern Jazz Quartet's Live at Avery Fisher Hall, which made me start playing bass. A few years ago I had a chance to play a few notes on Percy Heath's old bass—it was a very emotional moment.

I also run marathons to keep a healthy balance and I am fan of FC Bayern Munich.

Everything from Carmen McRae to Dexter Gordon, plus many more.

Diverting money from education to venues is one thing. Taking off the pressure to create something "new" every three months. We can't reinvent jazz every six months. Give it some time to develop.

Quite a lot. Couple of new releases with European and Asian bands, a couple of tours in Asia and Europe, and a few trips to Ulan Batar, Mongolia. You can follow it on my website.

Maybe Ernestine Anderson's version of "Old Folks," with Ray Brown, Monty Alexander, and Frank Gant—with the whole two choruses of lyrics: "Some day there's gonna be no more old folks! What a quiet little town this will be! Children's voices at play will be still for a day. The day, they take Old Folks away" I start crying every time I hear it! But ask me again in twenty years.

Even though I haven't really played it for about twenty years and haven't listened to the recording for quite a while, it seems Wayne Shorter's "Marie Antoinette" has been stuck in my head since I first played it in 1990 with Tim Armacost.

I would call everything that comes along with being a musician a day job. From administration and organizing trips to booking gigs and so much more.

Being a striker in FC Bayern would be something I would trade instead of being a bassist— but I might be too old for that now.