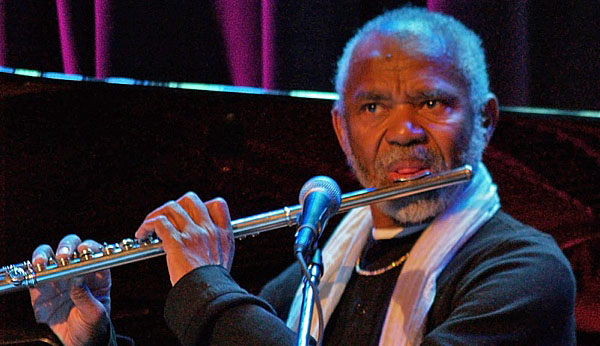 BY GREG THOMAS
February 23, 2011
Sign in to view read count
After James Moody and Frank Wess established the flute as a solo jazz instrument in the 1950s, and Herbie Mann popularized it in the 1960s, the musician that has become most identified with virtuosic flute performance in jazz is Hubert Laws, who became a recipient of the National Endowment for the Arts (NEA) Jazz Masters Fellowship in the class of 2011, the penultimate group of honorees before the program closes after the 2012 ceremony.

I've been enamored with Laws' flute and piccolo mastery since the late 1970s, when, for me, music transitioned from a background soundtrack to a passionate obsession. His beautiful sound moved me, his technical ability astounded, and his catholicity and versatility impressed and intrigued me. No matter the style or genre—straight-ahead jazz, funk, pop, fusion, R&B, Latin, gospel, or European classical music—Laws seemed right at home.

I recall my uncle, Curtis Thomas, in Harlem, playing the Romeo & Juliet (CTI, 1976) recording—an adaptation of Tchaikovsky's famous theme with strings and electronic instruments, in a pop vein. I'll always remember the colorful 1970s painting, on that album cover, of Laws playing his instrument with eyes-closed intensity. I heard his version of "Amazing Grace" when viewing the WABC television show Like It Is, hosted by broadcast journalist Gil Noble in New York. "Mean Lene," from Flute By-Laws (Atlantic, 1966), showed his Latin side, and after hearing him swing on Benny Golson's "Killer Joe," Sonny Rollins' "Airegin," John Coltrane's "Moment's Notice"—or, more recently, his date with vibraphonist Terry Gibbs—no one would question his jazz chops.

And since fusion was all the rage back in the late '70s, I heard music featuring his flute in that mixed-genre context on radio station WRVR.

When I asked Laws about what some call the more commercial periods of his career—say in the 1970s with CTI—or his recordings with guitarist Earl Klugh, such as "Piccolo Boogie," or with pianist Bob James, or even his brother Ronnie and sister Eloise Laws, he refused to be boxed into a commercial bag per se.

"You mean music that is palatable to more people," he asked? "Yes," I replied. "All through my career," Laws explained, "I've just played music that reflects my life and experiences."

Makes sense. Growing up across the street from a honky-tonk in his birthplace of Houston, Texas, Laws had a musical family: his mother played gospel piano and her father, his grandad, played harmonica. He began studying European classical music in high school, while also performing gigs with the group that became the Jazz Crusaders. He eventually entered the Juilliard School of Music, where he studied with the renowned flutist, Julius Baker.

We began our discussion, which took place at Jazz at Lincoln Center on January 10, 2011—the day before the NEA Jazz Masters ceremony and concert—with his memories of Juilliard, where he met pianist, composer and fellow NEA Jazz Master, Chick Corea.

All About Jazz: Tell us about your experience with Chick Corea at Juilliard.

Hubert Laws: As I look back, I remember how he was a pioneer of what was absent at that school: jazz improvisation. I remember when—this was back in '60 or '61—there was no jazz curriculum there at all. He was the one who put together these jam sessions, late in the afternoon after school was supposed to be over. And he included Spike Lee's dad, Bill Lee, on bass. So we'd be in that practice room, and just jam and jam and jam. 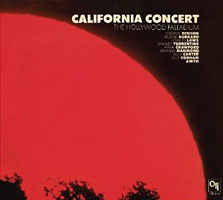 Chick Corea and I, man, go back a long ways, and that relationship, that connection, continues.

AAJ: So how does it feel to be acknowledged as an NEA Jazz Master?

HL: Well, it feels good to be honored among people like these wonderful artists, you know, who have already been selected, and to be in that company. I guess it's like a shock factor—you don't realize something until after it's passed for a while. So, I'm more and more beginning to appreciate the honor that it actually puts upon me.

Stix Hooper, the Jazz Crusader drummer, invited me to dinner the night before I left to come to New York from Los Angeles. And he was the one saying, man, don't you realize that...

AAJ: This is the nation's highest honor for jazz artists!

HL: I didn't even realize the level of the appreciation that it bestowed on me. So I appreciate it even more. But, you know what? I'm a very gregarious type of person, so it has allowed me to do some things that I haven't been able to do recently. That is: get into a studio with a bunch of musicians, and we play the music; the camaraderie—that's what it does. Gives me the opportunity to see people I haven't seen in a long time—Todd Barkan, Gerald Wilson. I hadn't seen Johnny Mandel in years! We used to do recording sessions over there at Rudy Van Gelder's studio. I told him, "Johnny, you used to come in and tell the flute section: no vibrato!" 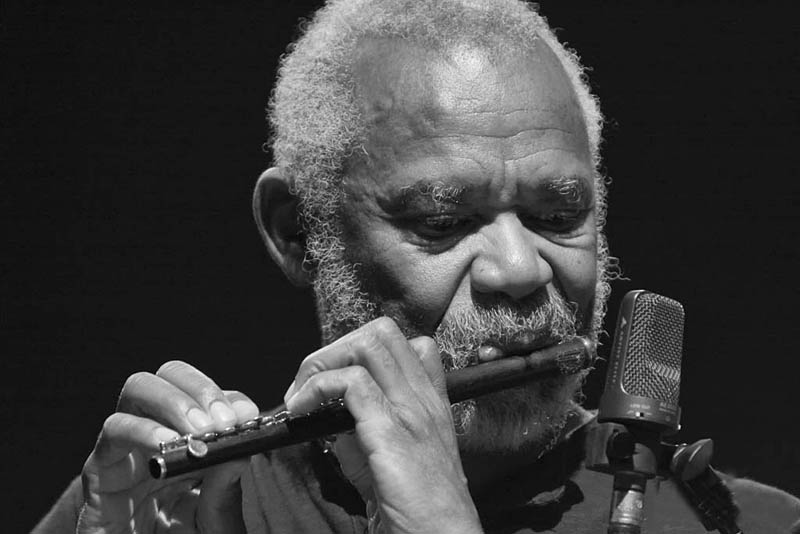 AAJ: Who did you first hear play jazz on flute?

HL: The first flautist that I heard improvise was James Moody, when I was in high school. I hadn't aspired to play the flute but my high school band director, Sammy Harris, decided to play the William Tell Overture at our graduation. But there was no one to play the flute. Some friend had a flute in his attic and gave it to me at that strategic time. I tried to learn the instrument just to play that solo.

AAJ: You played other instruments before that, right?

HL: I played saxophone and clarinet in high school. My first instrument was piano, and my first wind instrument was the mellophone, which looks like a French horn but the pistons were like on a trumpet. And I found out, when doing some research on Freddie Hubbard, that's what he played, too. But I didn't get a chance to talk with him about that commonality.

But that flute experience led me to other aspects of...excellence. Excellence is pervasive. It doesn't have to be on your instrument to influence you. Why? Because it inspires me to be as excellent as I can in what I do.

AAJ: What part of the day or night do you like to hear music best and why?

HL: The best music that I'm able to see and hear is when most people are asleep, after midnight, from 12-6am. The master teacher said this: "Go in through the narrow road, because the wide and spacious road can lead to destruction." That's deep, and it's true, because quality, man, is not enjoyed by the majority.

Look at McDonald's hamburgers. Most people are going down that road. And, likewise, most people are totally oblivious about what's happening musically—I mean on a high level. That's why there's such a degradation of society, because they're being inspired by some of the most non-substantive music and art. See?

AAJ: What are the distinctions between European classical and American jazz?

HL: The European influence comes from the classical composers. Their music is contrived; but that doesn't invalidate it. It just means it's written and studied before it's performed. Jazz is mostly spontaneous, on the spot, composition. There's some written too, but it's as an outline for jazz expression. It gives vent for a person to express themselves spontaneously. That's the difference, see? Even Stravinsky recognized that; he loved jazz too, that spontaneous composition. That's what I love about it. But classical is a very valid music. I just love some of the composers: Shostakovich, Tchaikovsky, Richard Strauss, and Rachmaninoff. There are so many composers who are so wonderful.

AAJ: Didn't you do the New Earth Sonata and Telemann's Suite in A Minor, with Quincy Jones conducting?

HL:Yes. The New Earth Sonata was written by a friend of mine, who just passed away a few weeks ago [December 19, 2010], Harold Blanchard. The composition had the flute, guitar, percussion, and Chick [Corea] played the piano. 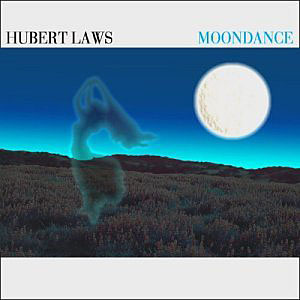 AAJ: What's the purpose of music?

HL: Most people have lost the whole meaning of the purpose of music. And if they go back in history, they'll learn that music was created by a Master Musician who created life and existence. If they study scripture, they'll find out it's really for the praise of the Creator, Jehovah. However, like many other things, it becomes perverted. You don't use the base of a lamp to hammer a nail into the wall. That's a perverted use of the lamp base. It's supposed to hold the lamp so you can have light. People have taken music and perverted it in order to aggrandize human beings.

That's giving praise to the created one rather than to the Creator. I notice people bringing up the names of this artist and that artist—that's good, and gives honor to those people, but what about the one who created it?

AAJ: What about on the human level of expression?

HL: I can tell you about how I feel when I express myself. I've come to realize later in my life that I've taken for granted the language that I've developed throughout the years. I'm forming musical sentences that touch the listener. And sometimes it can come in the form of a melody that's pre-scribed, and also much of it comes from total spontaneity. It's musical expression, but the sentences are musical. They start and come to an end. Sometimes questions, and sometimes you can answer the questions with your expression.

Hubert Laws/Earl Klugh, How to Beat the High Cost of Living (Columbia, 1980)