The world according to flutist and composer Herbie Mann was a utopian musical paradise where jazz is made up of of Afro-Cuban, Middle-Eastern, R&B, and nearly every other kind of music. In the 1960s, he discovered Brazil's bossa-nova; in the 1970s, he even found disco rhythms in jazz.

Unlike most of his contemporaries in jazz, when Mann began playing flute in 1940s he had no forefathers to learn from, no pioneers of jazz flute to idolize. He was forced to look elsewhere—both inside and outside of jazz—to develop his approach to jazz and the flute. Among numerous musical influences, Mann was particularly drawn to rhythms and melodies from South America and the Caribbean.

Herbie Mann was born Herbert Jay Solomon in Brooklyn, New York, on April 16, 1930. Early in his childhood, Mann was so enthralled with rhythm that he wanted to be a drummer. Instead, a cousin of his mother convinced him to play the clarinet.

In 1948, Mann began serving four years in the army and while stationed in Trieste, Italy, he began playing saxophone in the military band. After his discharge from the service, he saw a jazz scene overflowing with sax players and he fell back on his second instrument, the flute. When the Dutch accordionist, Mat Matthews, told him he was looking for a jazz flute player for the first album by the then unknown Carmen McRae, Herbie immediately jumped at the opportunity and spent days "woodshedding" before going into the studio. With this opportunity he was able to distinguish himself from other players as a jazz flutist, of which there were few.

In 1954, Mann released his first album for Bethlehem Records, “Herbie Mann Plays.” Although at that time he was jamming with bebop innovators like bassist Milt Hinton, drummers Art Blakey and Kenny Clarke, and pianist Tommy Flanagan, Mann was never truly comfortable playing straight-ahead bebop. As he began to bring non-jazz elements into his sound, Mann's flute playing began to sound tougher and more aggressive.

Three years later, Mann made the first of three albums for Verve Records, titled “The Magic Flute of Herbie Mann.” The album featured, "The Evolution of Mann" which became an instant hit on the radio thanks to New York disc jockey, "Symphony Sid" Torin. Mann then formed an Afro-Cuban band with percussionists like Rudy Collins, Ray Mantilla, and Carlos "Patato" Valdez, all from Cuba's legendary Machito Orchestra. Because Mann was able to pay the percussionists more money than what they were making with the other Latin orchestras, a rift was created between Mann and many of the other Latin bandleaders. Eventually, Mann's interest in Afro-Cuban jazz led him to the music's source—Africa. In 1959, the U.S. State Department funded a trip for Mann to visit Africa, after they heard his version of "African Suite."

After his trip to Africa, Mann moved to Atlantic Records, releasing “Common Ground (1960),” which embraced a wider sense of the African musical diaspora. Mann's band included musicians from Puerto Rico, Nigeria, and beyond. This added rhythmic element boosted Herbie's popularity and the list of Latin percussionists who played with him in the late 50's and 60's reads like a Who's Who of the genre: Candido, Ray Barretto, Olatunji, Potato Valdes, Willie Bobo and others. Audiences around the world loved this sound.

Not content to rest on his laurels, Mann forged ahead into new territory. Inspired by the classic Brazilian film Black Orpheus, Mann convinced his manager Monte Kay to book him a tour to Brazil, although he was hardly known there. Mann returned to the U.S. transformed by the music he had heard in Brazil, intent on making a Brazilian jazz album. Although guitarist Charlie Byrd and saxophonist Stan Getz had already made a smash hit in 1962 with their Brazilian jazz album, “Jazz Samba,” Mann was unimpressed. His response, also released in 1962, was “Do The Bossa Nova,” featuring more of the real deal: Brazilian musicians like Sergio Mendes, guitarist Baden Powell, and pianist and arranger Antonio Carlos Jobim.

After the bossa-nova craze ran its course, Mann ventured off into Middle Eastern music, which resulted in the 1966 album, “Impressions of the Middle East.” Two years later, Mann delved deeper into yet another genre: rhythm & blues. While in London, he heard Willie Mitchell's Hi Records hit, "Mercy" and as he had done with his exploration of Afro-Cuban music, Mann went straight to the source: Memphis, Tennesee.

After absorbing Memphis' Stax and Hi records sounds, Mann came out with the soul-jazz album “Memphis Underground;” it became his best-selling disc ever. The radio-friendly music and the explosive R&B solo work from guitarist Sonny Sharrock on the disc again infuriated jazz critics.

After the breakthrough success with “Memphis Underground,” Mann continued to explore R&B and its distant cousin, disco. In 1969, Atlantic allowed Mann to start his own label, Embryo. Mann released the sexually-charged album Push Push, in 1971, generating a significant amount of controversy over the suggestive album cover—a nude Mann posing seductively with flute in hand.

Throughout the 1970s, Mann created more distance between himself and the jazz establishment by recording reggae, disco, British rock, and Japanese music albums. By the time he recorded “Discotheque,” he hardly had a jazz core audience. Throughout the 1980s, Mann remained in obscurity when it came to jazz. However, towards the end of this ten-year period, he formed a group, Jasil Brazz, and once again reestablished his musical footing in the fertile sounds of his beloved Brazil. He produced two records, “Jasil Brazz,” and “Opalescence,” featuring Brazilian guitarists Romero Lubambo and Ricardo Silveira. Throughout the label "shifts", he retained his rights to these recordings and in l992 formed his own label, Kokopelli Music. He launched the label with the release of “Deep Pocket,” an all star, soul/jazz recording featuring Les McCann, Cornell Dupree, David Newman and Chuck Rainey.

Two years later, Herbie went into a partnership and Kokopelli Music was expanded to Kokopelli Records. This year and a half venture produced nearly a dozen recordings including Herbie's “Peace Pieces,” a tribute to the music of Bill Evans, featuring guitarist Bruce Dunlap, Eddie Gomez and Randy Brecker.

Herbie released two albums on the Lightyear label from his l995 weeklong celebration of his 65th birthday. The recordings, "Celebration," and "America Brasil," feature many of his longtime friends and musical partners from his past, including David "Fathead" Newman, Dave Valentin, Ron Carter, Billy Taylor, Tito Puente, Randy Brecker, Claudio Roditi and others.

By 1997, he was diagnosed with inoperable prostate cancer, and the disease finally took his life on July 1, 2003.

Herbie Mann's career does not lend itself to easy characterization. At the same time, though, his recorded work speaks volumes about his ability to merge widely-varying forms into a coherent and appealing style that was accessible to the average listener. Mann could also be described as one of the first "world" musicians; his sensitivity for non-Western musical forms, evidenced by his ability to integrate them into work that could be easily appreciated by a largely Western audience while still retaining the essential characteristics of its origin, has few parallels among the other musicians of his generation.

The Music Of Herbie Mann Celebrated at the Cape May Jazz Festival Nov...

A Tribute To Herbie Mann Featuring Dave Valentin & His Band 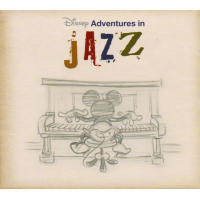 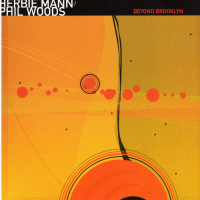 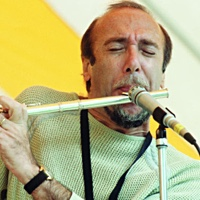 All About Jazz musician pages are maintained by musicians, publicists and trusted members like you. Interested? Tell us why you would like to improve the Herbie Mann musician page.