The career of Bob James is long, varied and continues to evolve at every turn. From his first days in Marshall, Missouri, the music of Bob James has captivated audiences throughout the world. Discovered by Quincy Jones at the Notre Dame Jazz Festival in 1963, James recorded his first solo album, Bold Conceptions, that year for Mercury Records. 58 albums and innumerable awards would follow through five decades. He honed his skills working with Creed Taylor, working on albums for artists like Hank Crawford, Grover Washington, Jr, among others. While with CTI, James found great popular success overseeing significant hits for Paul Simon, Neil Diamond, Maynard Ferguson, and Kenny Loggins. In 1974, James finally recorded his own album, One, which launched a lifelong career of recording and performing live 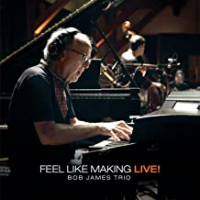 Sisters from Another Jazz Mother? Part 2

You know how scientists say that, statistically, every person has roughly six look-alikes around the world? Well the same seems to be true in the music world, where one can find quite a few songs that appear to be sound-alikes of other compositions we're familiar with... This does not have to be necessarily the result of ... 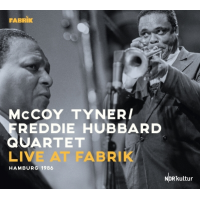 Warning! Highly Flammable Material! This superb album, recorded in Hamburg in 1986 and never previously released, ought to come with a caution, so incendiary is it. Strictly speaking, Live At Fabrik presents pianist McCoy Tyner's trio with bassist Avery Sharpe and drummer Louis Hayes and guest artist Freddie Hubbard on trumpet and flugelhorn. ...

Bob James--keyboardist, pianist, composer and arranger--opens Feel Like Making Live! with his original tune, “Angela (Theme From 'Taxi')." Everyone has heard it--that is what exposure from a popular television show can do. That series ran from 1978 to 1983. Taxi music, along with his albums on Creed Taylor's CTI Records during this time, in addition to ... 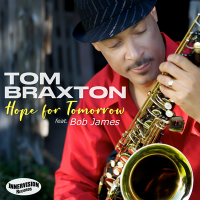