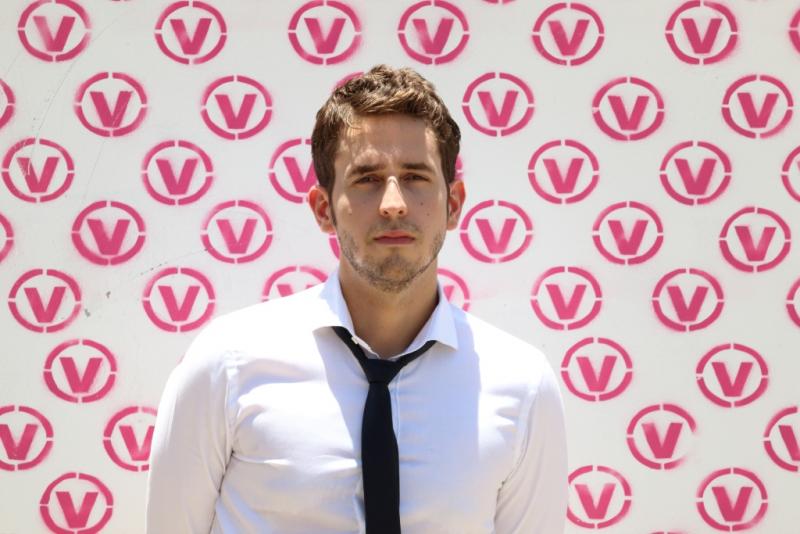 By MARK SULLIVAN
November 14, 2015
Sign in to view read count

I'm not the kind of musician who steals lines and chops from other musicians because that's not what improvisation is about, at least for me.

Puerto Rican jazz guitarist/composer Gabriel Vicéns graduated from the Music Conservatory of Puerto Rico as the first jazz guitarist, and has gone on to teach guitar at the Music Department at the Interamerican University of Puerto Rico. He recorded his first solo album Point in Time at age 23; his second album Days has been released by Inner Circle Music. Both albums are notable for his fine writing and playing, as well as some high profile guest stars.

All About Jazz: You were fortunate to have some great guest musicians on both of your albums, in addition to a solid Puerto Rican band. Point in Time featured bassist Eddie Gomez & saxophonist David Sánchez, while Days featured Sánchez again, along with trumpeter Alex Sipiagin & percussionist Paoli Mejias. How were those connections made?

Gabriel Vicéns: I knew Eddie, David and Paoli since my first years at the Conservatory. They were my mentors there and I was very fortunate to play with them a few times during my studies there. So when I was planning my first recording, the most natural thing to do for me was to call them and they were very helpful and supportive from the beginning.

About Alex, I contacted him via email for the second recording. I have been a big fan of him since high-school and I wanted a trumpet player for this recording because I was looking for a different sound and direction compared to the first one. So he was the first choice and I was also very fortunate he seemed interested. I talked to him about the music, the musicians, where I was going to record it etc.... and he immediately told me he was in. He is a great person, amazing musician, very supportive and he kind of was like a mentor to me during his week here in Puerto Rico. I learned a lot.

AAJ: What was it like co-producing Days with Alex Sipiagin?

GV: It was great. Originally he only was going to play and that's it. But we were on the way to the studio and he asked me if I had someone in mind who was going to work on the mix and mastering. I didn't have anyone in particular so he recommended David Darlington, who is an amazing engineer and they also know each other, so basically it started there. I couldn't come to New York for the mix and mastering session so Alex went there and worked with him. Dave then sent me the mix and we did some final touches and that's it. Alex also connected me with the graphic designer, who also did an amazing job, so I'm really happy with all this and he was really supportive of the project.

AAJ: Talk about the recording schedules & process. Was everything recorded live, with all the players in the room at one time?

GV: We did the record in two days and everything was recorded live at the moment, yes. The studio was pretty big so we separated the piano in one room, the bass in another one and the rest were in one big room. The studio has a lot of windows so at least we could see each other and there was a lot of visual contact which definitely for me is very important in this kind of music. We did one rehearsal before going to the studio and we also played at the university where I teach.

AAJ: After self-releasing the first album, Days was released by Greg Osby's Inner Circle Music. How did that come about?

GV: After I made the record I was looking for different labels to see if maybe they were interested but the ones who were interested didn't offer a good deal for me. Which is understandable considering how the economy is now days and of course CDs don't sell like before.

I talked to a musician named Mario Castro who is a great saxophonist and a great friend of mine. He released his first album with Inner Circle a couple of years ago, so I asked him how that label works with the musicians and I kind of liked the idea but I didn't know Greg Osby personally. So I then talked to Miguel Zenon and David Sanchez and asked them if maybe they could talk to Osby to see if there was a possibility I could release my album with the label. After that, a couple of weeks later I talked to Osby: he told me to send him the album so he can listen to it. That same day, he wrote me and told me he really liked the album, and that there were a lot of bright moments, so I was in.

AAJ: I noticed from your performance calendar that you frequently perform with your own trio. Is that a regular working band?

GV: Yeah, I always like playing in trio. I try to at least have a trio gig per month and that way I can play some standards I'm working on, and also I think as a guitarist it's very important to play in that format which is very different compared to a quintet or septet.

My trio is the traditional line-up: guitar, bass and drums. I usually play with different musicians, depending on their availability. But on recent gigs the musicians have been the same: Bryan Perez on bass and Leonardo Osuna on drums, who also played on the last record.

I play a lot with some of the musicians on the record. Especially Jonathan Suazo and Leonardo Osuna. I also play in their bands so we are constantly working together in different set-ups and projects.

AAJ: What is the jazz performance scene like in Puerto Rico?

GV: The jazz scene here is pretty cool. There are a few projects happening out there and also jazz festivals. I myself play in a few projects besides mine, including SM Quinteto, Jonathan Suazo Quintet, Leonardo Osuna Quintet and Henry Cole & The Afrobeat Collective.

AAJ: Who are your main influences on your guitar playing, and on your composing?

GV: There are a lot of musicians who have influenced me one way or another but it is more like general inspiration than specific stylistic details. I'm not the kind of musician who steals lines and chops from other musicians because that's not what improvisation is about, at least for me.

In terms of composing. I like to just sit down and see what's in my mind at that moment... sometimes with the instrument or sometimes with just a pen and a piece of paper. But I definitely like David Binney and Alex Sipiagin's writing. I can say they are very creative and inspirational for me.

AAJ: Who were your teachers?

GV: I mostly studied guitar with Fernando Mattina, who is an amazing guitarist and musician here in Puerto Rico. But I definitely also learned a lot from Eddie Gómez and David Sánchez. I played with them at least twice per semester during my conservatory years so they are also a big influence in me. There was also my high school music teacher who helped me a lot with jazz and music in general. His name is Julio Suarez.

AAJ: Talk a bit about your guitars & equipment (amplifiers, and effects if you use them)

GV: This last years I have been using mostly an Eastman T146SM with a few modifications I did by myself and now I'm starting to use a Godin Montreal Premiere Supreme. My amp is an Acoustic Image Clarus head with a Redstone audio speaker RS-12 or a Raezer's Edge Stealth 12.

Generally I don't use pedals much. I pretty much like to keep it simple; that way I can keep my mind as free as possible. But on my pedal board right now I have a TC Electronic Hall of Fame Reverb, Boss DD-7 [Digital Delay], Ibanez Tube Screamer and the Boss Chromatic Tuner.

AAJ: Any ideas about your future recording plans?

GV: I'm already planning on my third recording which will be also all original music but with Afro-Puerto Rican folklore influences. Mostly bomba and plena.

AAJ: Will you be touring?

GV: I still don't have any plans on touring outside of Puerto Rico but I will be booking a few gigs in New York next year and I hope I can do something in Europe and in the rest of the USA in the near future.