Gilad Hekselman has been developing a reputation as one of the most promising guitarists in New York since his arrival in 2004. After only a few years this native Israeli has shared the stage with some of the greatest artists in the New York City jazz scene including Chris Potter, Mark Turner, John Scofield, Anat Cohen, Ari Hoenig, Esperanza Spalding, Sam Yahel, Jeff Ballard, Gretchen Parlato, Avishai Cohen, Jeff 'Tain' Watts, Tigran Hamasyan, Aaron Parks and Greg Hutchinson. Gilad has played all major jazz clubs in New York City including the Blue Note, The Jazz Standard, Dizzy's Club and Smalls 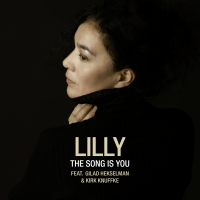