Drummer Henry Cole is at the forefront of a growing wave of jazz innovation and cross-cultural rhythm in the 21st century. With his flexibility, grace and sheer power behind the drum kit, he has proven indispensable to the sound of some of the world’s most acclaimed jazz groups, including the Grammy-nominated Miguel Zenón Quartet (Awake, Esta Plena, Alma Adentro]), Grammy winner David Sánchez (Cultural Survival), the Edward Simon Trio, and the all-star quartet “90 Miles” featuring Sánchez, Stefon Harris and Christian Scott. Henry is also asserting himself as leader of the Afro-Beat Collective, which releases its debut album Roots Before Branches in 2012 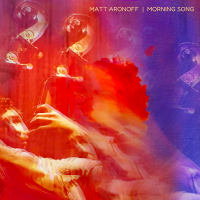 As the song's lyrics about freedom were sung, the child's conscience consumed them whole. This child, ten years young at the time, had never heard the singer, Ismael Rivera, or the song, “Las Tumbas," before, but, three decades later, this initial impression remains in Miguel Zenon's memory. “I was taken by the song's overall ...

It is not possible to listen to Sonero: The Music of Ismael Rivera by alto saxophonist Miguel Zenón without triggering thoughts of another altoist, Charlie Parker. Like Parker, Zenón has that quicksilver processing of thought and expression, but more relevant is that both artists can render any style of music into the jazz idiom. Where Parker ...

The album is entitled Feira (Portuguese for Street Market). As the name suggests, the music portrays a mix of scents and colors from great Brazilian masters like Hermeto Pascoal, Egberto Gismonti, Antonio Carlos Jobim and its interaction with jazz improvisation and the rhythms and sounds of the American continents. His electric bass performance is pushed to ...