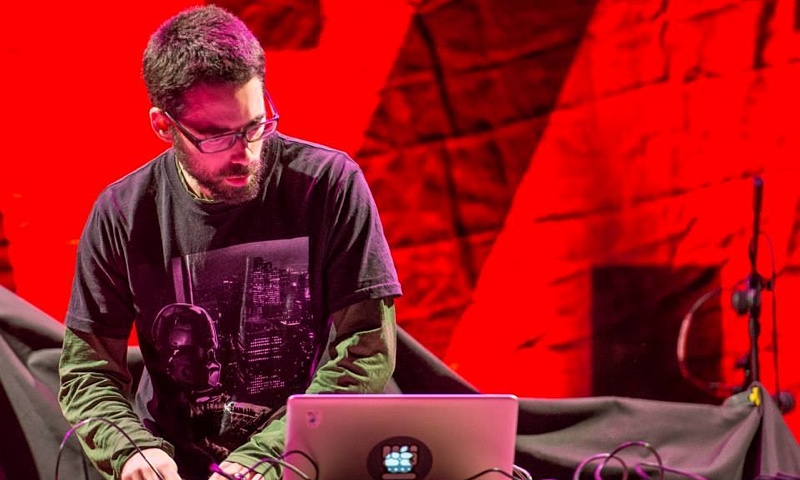 By IAN PATTERSON
September 16, 2013
Sign in to view read count

Fr. Conefrey then got up to speak. He declared that jazz was a greater danger to the Irish people than drunkenness and landlordism and concerted action by church and state was required. —Leitrim Observer, 1934

Father Conefrey must be turning in his grave. He's surely cursing the cruel fates, for jazz you see, is alive and kicking in Dublin. On New Year's Day 1934 Father Conefrey led a 3,000-strong protest on the streets of Mohill in County Leitrim denouncing the evils of this syncopated music. 'Down with Jazz,' 'Out With Paganism' proclaimed the banners. Jazz, Fr. Conefrey ranted, emanated from "the savages of Africa" and had been brought to Ireland by "the anti-God society, with the object of destroying morals and religion."

The anti-jazz rallies were part of a wider program of cultural nationalism prevalent in Ireland between the World Wars but three quarters of a century later the tables have turned. Today, it's the ordinary folk who are denouncing the moral corruption of the Catholic Church, horrified by the culture of sexual abuse seemingly endemic in this once revered institution. The Catholic Church ain't what it used to be.

The same could be said for jazz, but whereas the Catholic Church—at least in Ireland—has atrophied, jazz continues to evolve. Jazz is not without its schisms and conservatism but on the whole the music displays a healthy capacity to change with the times and embrace diversity. The music has come a long way since Father Conefrey's day and diversity was the order of the day at Down With Jazz.

Down with Jazz—the second annual installment of the Improvised Music Company's ongoing mission to bring jazz to the heathens—assembled 15 Irish bands in a thumping three-day celebration of jazz's rude health. The location was Meeting House Square, a refurbished space in the heart of the vibrant Temple Bar district, bordered by the 18th century Presbyterian Meeting House and the 19th Century Quaker Meeting House.

The Presbyterian Meeting House fell into rack and ruin before being converted in 1995 to house The Ark, a contemporary and innovative children's theater—part of the architectural and cultural transformation of this corner of Dublin. The outer doors designed by Santiago Calatrava open up the theater stage onto the square. A retractable roof consisting of four large canopies mounted on 21-meter columns above the square floor glowed in purples, yellows, greens and blues from spotlights, creating an aesthetically stunning ambiance. It also kept the rain off the 500-strong crowd who warmed themselves on hot stew and beer.

Hotels were fully booked over the weekend as hoards descended on the Dub for the World Cup qualifier between the Republic of Ireland and Sweden on the Friday, and for the All-Ireland Hurling final between Cork and Kilkenny on the Sunday. Father Conefrey would no doubt do yet another 360 degrees in his resting place to know that today's sports stadiums and music halls are the real cathedrals of the masses.

Day one of Down With Jazz got under way with the Chris Engel Quintet. The saxophonist is one of the busiest musicians in Dublin and at the recent Workin II: Irish Jazz Showcase all-dayer he appeared in no fewer than five different ensembles. That stage-hopping role certainly showcased his notable chops in a series of exuberant solos, but here as leader his songwriting and arranging abilities were more to the fore.

The standout track was Engel's own composition, "Coyle's Jig," a subtly Irish folk-influenced tune that maintained a tension throughout, with the saxophonist never quite giving in to the free jazz urge that seemed to simmer within his engaging solo. A lively set concluded with another dose of hard-bop. Engel is one of the most arresting instrumentalists on the Irish jazz scene. His songwriting signals an individual voice emerging and hints at greater things to come.

Friday served up two of Ireland's great guitarists in Mike Nielsen and Nigel Mooney, both of whom shone at the recent Sligo Jazz Project. At SJP Nilesen showed his versatility performing in various projects but at Down With Jazz he was leading his own ensemble, Ripe for Rebels. In a career spanning thirty years, Nielsen has performed with saxophonists Dave Liebman and Joe Lovano, trumpeter Kenny Wheeler and guitarist Larry Coryell, yet his performance drew as much from world roots music as it did modern jazz. 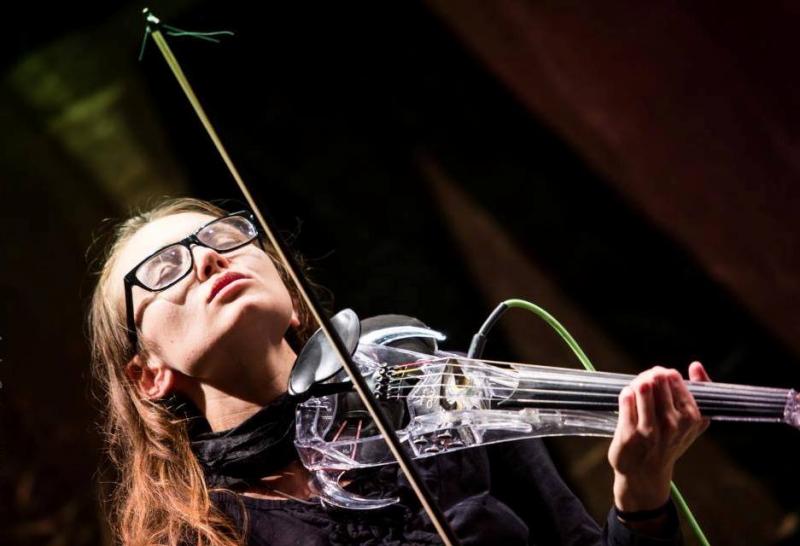 Jazz standards such as Cole Porter's "My Heart Belongs to Daddy" and Coltrane's "Giant Steps" were remolded to Nielsen's design, with kernels of the original melodies riding on waves of the guitarist's imagination. The former tune featured an exciting exchange between guitarist and pianist Greg Fenten while the latter saw Nielsen switch to electric. Drummer James Mackin was a subtly dynamic presence throughout. Even when plugged in and in experimental mode Nielsen's improvisation was more about texture—stretching notes out and steering feedback like a sonic sculptor.

Mooney's clean, singing guitar lines and his vocal delivery to boot owed a debt to B.B. King and the band drew from the blues legend's repertoire with a rocking version of "Baby Don't You Want a Man like Me." The highlight of the set was "Poinciana"; Taylor's lightly dancing piano lines and O'Donnovan's crisp drumming paid homage to pianist Ahmad Jamal's trio, for whom the tune has become a signature piece over the past fifty years.

Bodwell's fast-walking bass propelled the group through a swinging take on Cole Porter's "I'm in Love" and a tune evocative of Georgie Fame rounded off a polished set with Mooney and company paying brief tribute to Weather Report via a rendition of "Birdland"'s closing theme.

A good portion of the crowd was soon on its feet pogoing and spinning to the heady rhythms. A can-can snaked its way around the square as others own-thinged with varying degrees of style and co-ordination in front of the stage. They were just the sort of shenanigans that brought Father Conefrey sand his righteous followers onto the streets of Mohill in a fit or moral outrage all those decades ago. Tut tut.

The man behind Down With Jazz and emcee for the three days, the Improvised Music Company's Gerry Godley, turned his hand to weather forecasting: "Things are looking better tomorrow," he told the crowd. We should have thirty degrees. That's fifteen in the morning and fifteen in the afternoon." By the time Day 2 of Down With Jazz got under way at 7:30 in the evening it was a lot less than fifteen degrees and cold rain slid off the retractable canopy roof over Meeting House Square.

Given the good summer that Ireland has enjoyed it seemed odd to say the least that Down With Jazz wasn't held two or three weeks earlier in decent weather. Considerable money was invested in creating one of Dublin's iconic recreational spaces and it would be time equally well spent if the Temple Bar Trustees had a rethink on events scheduling where the interests of the paying public come first.

The chill, damp air however, didn't dissuade the punters and another full house turned out for day two of Down With Jazz. Singer Cormac Kenevey turned back the clock with a swinging set of jazz standards from the Great American Songbook in a stylish performance that underlined just why critics and audiences have been so enthusiastic about the young Irish singer. 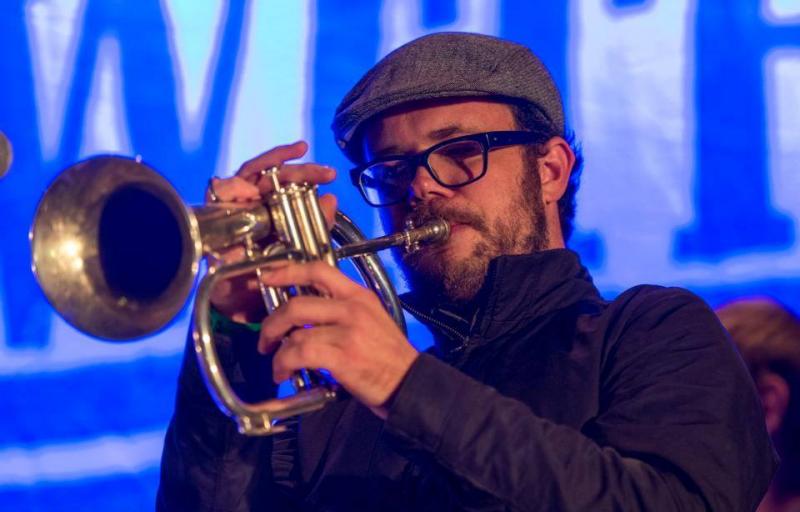 Kenevey' suave delivery owed much to Mel Torme and Harry Connick Junior but it was his technical ability that wowed the crowd. Short, bop-inflected scats and sustained notes peppered original arrangements of "This is It" and old favorites like Cole Porter's "Get out of Town," Rogers & Hart's "This Can't Be Love" and John Hendricks's "Cloudburst." On the latter, taken at breakneck speed, Kenevey's articulation and phrasing was impressive.

Pianist Johnny Taylor, bassist Damien Evans and drummer Kevin Brady lent Kenevey buoyant support and enjoyed plenty of solo spotlight. Only on singer/songwriter Paul Simon's "Train in the Distance" did Kenevey veer away from the standards songbook and the diversion provided a set highlight. One of Simon's lines seemed particularly appropriate for Kenevey, who gave up a career as a software consultant to follow his dream of becoming a jazz singer: "The thought that life could be better is woven indelibly into our hearts and our brains."

No jazz festival is complete without a taste of the blues. Veteran guitarist Ed Deane duly obliged with a lively set that drew from several decades of the blues, mixed up with a little rock 'n' roll and R&B. Keyboardist Joe Zawinul' "Mercy Mercy Mercy"—a Billboard number one hit in 1967—opened the show, with Deane carving out a soulful solo.

An up-tempo version of "The Blues Ain't Nothin'" bristled with energy and may have been inspired by guitarist Stevie Ray Vaughan. Saxophonist Richard Buckley's sinewy solo tied the blues knot with jazz. Deane certainly didn't hide his influences and paid homage to The Rolling Stones on a grinding R&B version of "The Last Time," with drummer Noel Bridgeman and bassist John Quearney laying down an infectious groove.