Joe Zawinul and Wayne Shorter first met and became friends in 1959 while they were playing in Maynard Ferguson’s Big Band. Zawinul went on to play with Cannonball Adderley’s group in the 1960s, while Shorter joined Art Blakey’s Jazz Messengers and then, in 1964, Miles Davis’ second great quintet. During this decade, both men made names for themselves as being among the best composers in jazz.

Zawinul would later join Shorter in contributing to the initial fusion music recordings of Miles Davis, and both men were part of the studio groups, which recorded the key Davis albums In a Silent Way (1969) and Bitches Brew (1970). In consequence, Weather Report has often been seen as a spin-off from the Miles Davis bands of the late 1960s and early 1970s, although Zawinul was never part of Davis’s touring line-up. Weather Report was initially formed in order to explore a more impressionistic and individualistic music (or, as Zawinul put it, “away from all that eight bars shit and then you go to the bridge…”)

The second album from Italian born, British based soprano saxophonist Betty (Elisabetta) Accorsi's quartet confirms what was already apparent on her debut, The Cutty Sark Suite (Betty Accorsi Music, 2020). That is, here is a young musician and composer of outstanding talent who is destined for the big stage. There is nothing radical ... 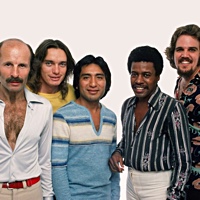 This show includes a wide array of jazz musicians from the present and recent past including Anat Cohen, Donny McCaslin, Weather Report, Henry Threadgill and Roy Haynes. Playlist Henry Threadgill Sextett “I Can't Wait Till I Get Home" from The Complete Novus & Columbia Recordings of Henry Threadgill & Air (Mosaic) 00:00 Sextet of ...