BY C. MICHAEL BAILEY
January 22, 2010
Sign in to view read count
Does the music world need one more history of Delta blues music? Does a survey of a spongy concept like "cool" have any relevance in a post-9/11 world? Considering Robert Palmer authored a definitive narrative on depression-era Mississippi Delta music in Deep Blues (Viking, 1981) almost 30 years ago, and that Martin Williams and David Rosenthal, among many others, have already tried, with anemic success, to define other amorphous musical concepts like "Swing" and "Bad," do we really need to suffer more writing in this vein? 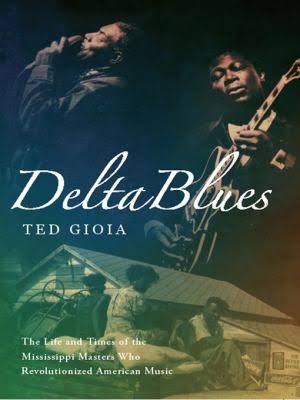 Ted Gioia stands on the shoulders of giants; giants he credits in his expansive and excellent historical survey Delta Blues: The Life and Times of the Mississippi Masters Who Revolutionized American Music. These predecessors include Paul Oliver, Samuel Charters, Alan Lomax, Dick Waterman, Dean Gayle Wardlow, Jim O'Neal, Robert Palmer, Nick Perls, Mack McCormick, Steve LaVere, Peter Guralnick and Elijah Wald. It is to both his good fortune and ours that Gioia came along to produce this history. Trained rigorously at Stanford University, he brings a discriminating eye to topics long shrouded in mystery, romanticism and myth.

Robert Palmer's Deep Blues is a superb narrative on the history of the delta blues. It is to blues music what Shelby Foote's trilogy was to the American Civil War: a brilliantly presented information vehicle to light the fire of interest in its readers. But it lacks both the expanse and analyses of later expositions on the subject. In steps Gioia, like Herbert von Karajan and the Berlin Philharmonic Orchestra two hundred years after Beethoven, to present there respective topics properly for the first time.

Gioia provides major focus on an intelligently selected handful of artists over eleven well-crafted chapters: Charlie Patton, Son House, Skip James, Robert Johnson, Muddy Waters, John Lee Hooker, Howlin' Wolf and B.B. King. Gioia presents these artists in roughly chronological order. An additional subtext of relationships also exists among these artists. For the purposes of this discussion, and regarding their respective influences and those influenced by them, these artists can be grouped into underlying descriptive categories: "The Originators" (Patton, House), "Children of the Phonograph" (Johnson, King), "The Migrant Boogie" (Waters, Hooker), and "Like No Others" (James, Wolf).

When presenting the principles, Gioia includes brief discussions of secondary players. Retrospectively, Gioia discusses both Blind Lemon Jefferson and W.C. Handy when introducing Charlie Patton and Son House as the genesis of recorded Delta blues. Prospectively from these "Originators," the author discusses Tommy Johnson, whose brief career touches all ahead, from Robert Johnson to Howlin' Wolf. Also discussed is Ishmon Bracey and the elusive "Poor" Willie Brown.

McKinley Morganfield (aka Muddy Waters) and John Lee Hooker are cast as the migrants from the delta whose entire careers were well documented and both of whom electrified the blues in northern metropolitan areas (Chicago and Detroit). Where Waters' blues became more sophisticated, Hooker's remained cast in the primordial vernacular of the single-chord delta drone. Blues scholarship is introduced with Alan Lomax and his famous field recordings made as the Assistant in Charge of the Archive of Folk Song of the Library of Congress between 1937 and 1942. Lomax recorded House, Waters and James as part of his Library of Congress Recordings.

Robert Johnson receives a much needed critical and historical updating in the chapter "Hell Hound on My Trail." Gioia casts Johnson as the first blues musician to move from the cultural oddity to commercial capital. He notes that while Johnson may have seen Son House perform, the singer was far more influenced by the Victrola, the records of Skip James in particular. A careful analysis of Johnson's songs readily reveals their origins in earlier recorded blues artists.

Gioia addresses head-on the mythic cloak surrounding Johnson, particularly the crossroads story (which Johnson, in turn, borrowed from Tommy Johnson), placing that narrative in the proper colloquial context. He rebukes those critics dismissing the myth as an "embarrassment" to blues scholarship by noting that the myth is part of that scholarship. Of course we know Robert Johnson did not sell his soul to the devil, but what a great story it made. The Italian Romantic violinist Niccolo Paganini did the same thing with his image two hundred years before to sell more tickets.

Like Johnson, B.B. King was a child of the phonograph who took the blues into commercial waters never dreamed of by Robert Johnson. King remains the last connection between the electric blues with the Mississippi Delta. He became an artist/ambassador of the Louis Armstrong kind, revered and beloved by all. King provides the conclusion to Gioia's individual studies; when King is gone, there will be no more.

Departing most starkly from the chronologic is the pairing of Skip James and Howlin' Wolf. These artist resist easy description and analysis. James boasted little exposure to other musicians, developing his own personal, enigmatic guitar style based on open D-minor cross tuning, as well as a piano style equally as eccentric. James' eerie high falsetto, whether recorded in the 1920s or 1960s, is the most arresting sound in all of Delta blues history. While James rightfully belongs with Patton and House as an originator, his blues were so unique as to have their own school of thought (Bentonia).

Chester Burnett (aka Howlin' Wolf), like James, defies all categorization. His life spanned from Charlie Patton in the 1920s to the age of disco in the 1970s. His electric blues style owed more to Son House and John Lee Hooker in its virile, rudimentary power than to Robert Johnson's or his contemporary Muddy Waters' sleeker, more sophisticated playing. Wolf looms as large as his personage in Gioia's account.

Gioia's greatest contributions are the accounts of period recording practices, given lengthy discussion early in the book and the presentation blues revival of the 1960s and the blues scholarship that resulted. This is a story in itself that could make a splendid standalone account. He concludes the discussion with Mississippi Fred McDowell ("You've Got to Move"), James Son Thomas ("Beefsteak Blues") and R.L. Burnside ("A Ass Pocket of Whiskey"), among others. Delta Blues moves to the front of the class in music scholarship, providing a succinct history of the Mississippi Delta region and the indivisible, sub-nuclear American music: the blues. 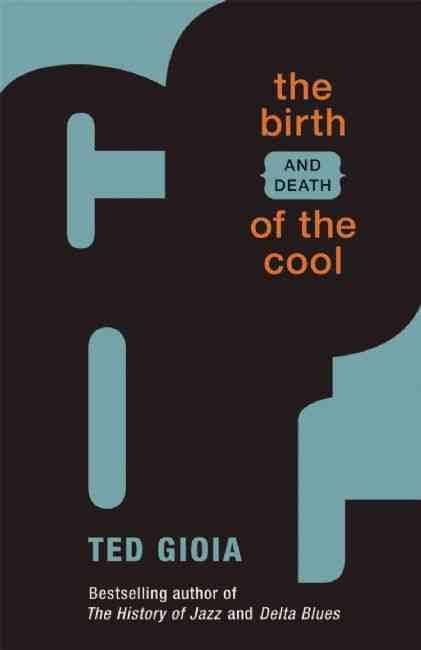 Equally well researched, but more objectively elusive, is Gioia's treatise on the beginning and end of "cool." People of a certain age understand what "cool" is in the same way Supreme Court Justice Potter Stewart recognized pornography: "I know it when I see it." Broadly, Gioia typifies cool as "[a] tone, more ironic and able to shift quickly from above-it-all aloofness to an almost extreme emotional sensitivity [trumpeter Chet Baker could accomplish this transition in one note]. It took delight in image and artifice and transformed everything it touched: fashions, accessories, cars, hairtyles, music language mannerisms."

"A tone." Yes, this is soft, but humor the author. He begins to give his argument body by stating that cool had it origins in American jazz. Gioia extends Francis Davis' premise of the "outsider" detailed in the latter's book Outcats: Jazz Composers, Instrumentalists, and Singers (Oxford University Press, 1990) of the alienation of jazz musicians ("outcats") from mainstream society. He concentrates on three particular musicians: cornetist Bix Beiderbecke, tenor saxophonist Lester Young and trumpter Miles Davis, to make his argument about cool's genesis. Young and Davis are obvious choices. Young created his own language and detachment after his failed tour in the army. His dress, mannerisms and performance all reeked of cool.

Davis? Davis was cool. Everything he touched became cool: every note he played, every Italian suit he wore, every foreign car he drove. The truly inspired choice of the trio is the earliest, Leon Bismark "Bix" Beiderbecke, Davenport, Iowa's own. If ever there was an "outcat" it was Beiderbecke. Not only was he a social outcat, he was a jazz outcat too. Consider that Beiderbecke, a white Midwesterner, stood on the same historical stage as Louis Armstrong, jazz's liberator, and you get the idea. Largely ignored by the media while alive, after his death, Beiderbecke became the American Werther, romantically lauded and analyzed.

Gioia spends the remainder of the book discussing how and why we live in a post-cool age. He points out that cool was commercially subsidized and sold to the public at a premium. The more commercial cool became, the more it strayed from its ironic roots. The more that this happened and the more society recognized the subtle manipulation, the more rebellion against this commercial cool occurred. One such example would be the birth of YouTube and what Hollywood began to notice when America's youth, the greatest commercial spenders, preferred to watch an eight-year old Chinese boy whistle the "Star Spangled Banner" with his nose than see the latest blockbuster.

In a post-9/11 America, it is easy to see a longing for the authentic and the real, for people to say what they mean, mean what they say, and be very clear about it. Artifice falls in the face of frenzy and that is where we find ourselves. The roots rock revival is an example of this. The constant presence of blues music, new and old is also evidence. It is both nostalgia and history that makes a longing for the uncomplicated and straightforward. The downside of the post-cool society is 24-hour news channels and right-and left-wing media figures spouting conflict, hatred and confrontation from all sides.

The Birth (and Death) of the Cool is a provocative book that sees Ted Gioia reaching beyond history into speculation and explanation. It is to be hoped he continues.