“King of the Delta Blues Singers” More than half a century after his death, Robert Johnson, the legendary Mississippi Delta blues singer, remains an enigma. A provocative and influential figure in the blues field, Johnson revealed his remarkable musical skills around the age of 20 in 1931. He completed only two recording sessions--one in 1936 and the other in 1937--prior to his untimely death in 1938. Very little was known about Johnson when his first album was released in 1961. By the time Columbia Records released “Robert Johnson: The Complete Recordings” in 1990, slightly more information had come to light, but the mystery endures. Like that of other early Delta blues singers, the music of Robert Johnson arose from an oral tradition that began with a mixture of field hollers, chants, fiddle tunes and religious music and ended up as the blues

During the past few years, Blue Note Records has attracted new listeners by offering albums by emerging artists while repackaging many of their classic releases. Series such as the Tone Poet and Classic Vinyl reissues have proven particularly successful. Now, in an attempt to reach an even broader audience, Blue Note has decided to invite non-jazz ...

Available September 3 | Pre-Order Today As America and other countries re-emerge from the limitations of 2020, Lisa Hilton and her trio with Rudy Royston and Luques Curtis, enthusiastically embrace the moment with a vibrant new jazz offering titled Transparent Sky, that will inspire, uplift and motivate us all. Rich with glorious harmonies and unique compositions, ... 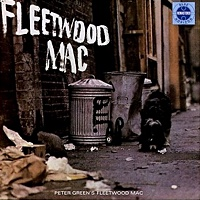 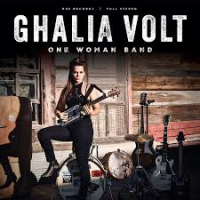 As pictured on the cover of One Woman Band, songwriter/multi-instrumentalist Ghalia Volt radiates such a commanding presence that it's hard not to imagine the array of musical instruments displayed alongside her coming to life all on their own. In a very real sense, though, that's exactly what the Brussels Belgium-born blues-woman accomplishes on this third album ...

More Than Another Day (Ruby Slippers Productions) is the latest release from composer / pianist / producer, Lisa Hilton. Hilton and her longstanding band mates: Rudy Royston on drums, and Luques Curtis on bass, as well as JD Allen on tenor saxophone, had just finished the first half of their tour for their 2020 album, Chalkboard ...

Tony Davis definitely knows how to get things done. At 25, he has already earned a Master's Degree and is involved in musical education. He has played and recorded with some of the most notable jazz musicians around, including the group, Works for Me. With Golden Year, his first solo album, Davis captures the energy of ...