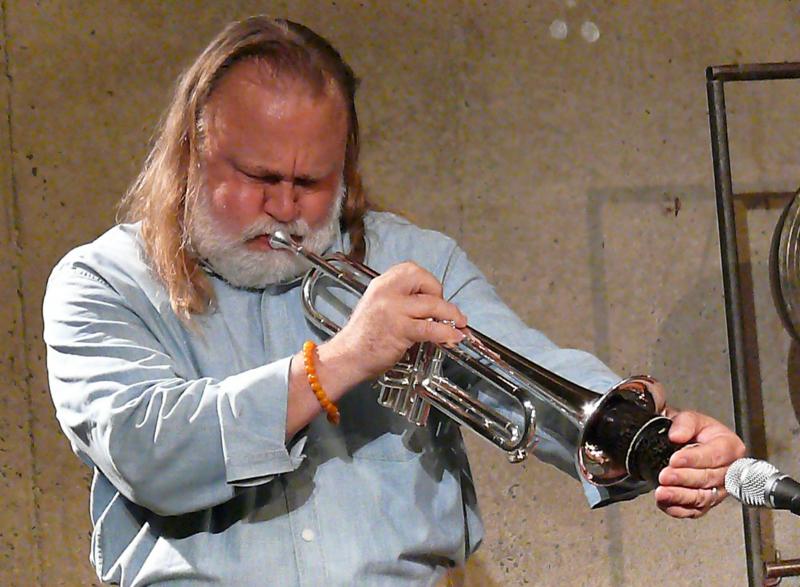 Now in its 16th year, the annual Vision Festival in NYC's Lower East Side remains the premier showcase for the city's avant jazz talent. While for residents, chances to witness many of the hometown participants may come along with complacency-inducing regularity, the concentration of performance into a seven day period proves irresistible for those less accustomed to such rich fare. Consequently, visitors from out of state and abroad probably equal, if not outnumber, New Yorkers at the event. Comfortably ensconced in the plush Abrons Arts Center for the third year running, the festival got off to a slow start, with quite a few empty seats for much of the first three nights. But even though the bulk of mouth-watering casting lay in the later stages of the festival, there was more than enough to maintain interest, sometimes originating from unexpected quarters.

A strong opening night included several noteworthy performances which showcased a roll call of some of the most compelling drummers active in the music, with Whit Dickey, Andrew Cyrille, Warren Smith and Tom Rainey all featured prominently.

Following the invocation Vision Festival fixture, drummer Whit Dickey, initiated proceedings in a unfettered threesome with bassist Michael Bisio and reed master Sabir Mateen under the moniker Blood Trio. Their set was one of incrementally building intensity. But even as the temperature increased, Dickey kept it reined in, marking holding patterns on his cymbals. Mateen started predominantly in the middle registers, making an unceasing flow of ideas seem both new and easy. On bass Bisio, who now partners with the drummer in Matthew Shipp's new trio, resorted to manic flailing, holding his bass horizontally like an oversize guitar, while the reedman belayed a coursing stream of molten notes. There was talent on display wherever one looked. 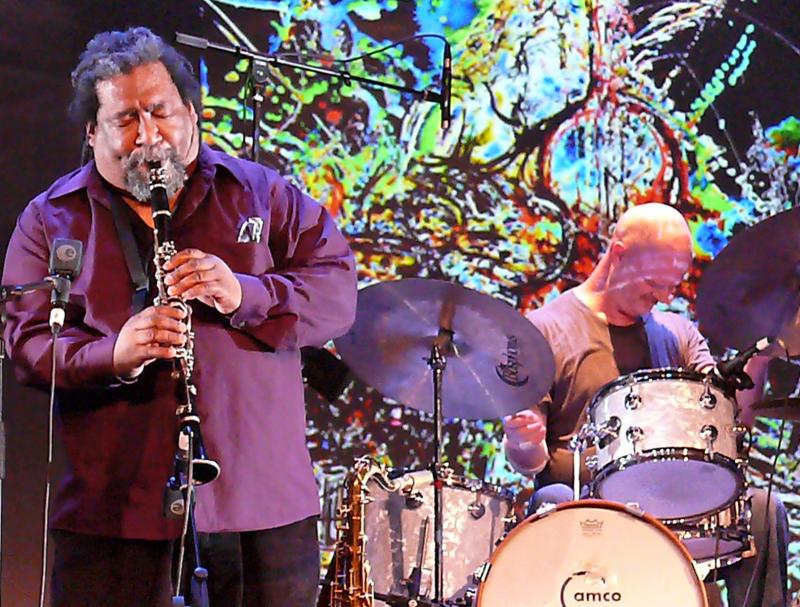 A second piece started with Bisio bowing hard, his legs planted akimbo. As he sawed, the bow hit the body of the bass, adding to the physicality of the display. His wavering creaks and undulations proved a wonderful introduction from which a spidery melody briefly emerged to attract a sanctified tenor saxophone and rumbling drums. Again there was tension as the saxophonist embarked on a stratospheric journey against a still-restrained backdrop of Bisio's reiterated high bowing and Dickey's intricate rhythmic latticework. Slowly increasing in heft after Mateen hit his climax, the drummer continued in a powerfully focused exposition in which he concentrated more on snare and toms, in contrast to the approach in his ensemble work. He broke out from his solo at a cracking tempo picked up by Bisio's throbbing walking rhythm, and provoked the horn man to another outpouring of silk and steel, astonishing in its facility, into which he interpolated a series of quivering yelps and stentorian vibrato bellows.

It wasn't all thunder and lightning. Mateen switched to clarinet to play over a low key, repeated motif from Bisio and subtle cymbal shadings added by Dickey, his piercing clarinet cries presaging the end of his solo and a compelling curtain raiser far from the anticipated blow out. Overall the restraint, particularly from the rhythm pairing with their refusal to go for the easy option, made for a powerful but at the same time oblique cerebral quality.

In tribute mode, The Group delivered a program associated with former members of the band, now departed, including Sirone, Billy Bang and Marion Brown. But it was a also a celebration, with the joyous tunes and a rambunctious delivery, helped by Bob Stewart's irrepressible tuba and Hamiett Bluiett's cajoling clarinet, evoking a New Orleans second line. Overall they were a fun band, staying largely within the confines of the pieces but featuring some fine soloing. Organizer Ahmed Abdullah dispatched incisive trumpet, while Charles Burnham's wah-wah'd violin and Freddie Jackson's wild piano comping were similarly notable. 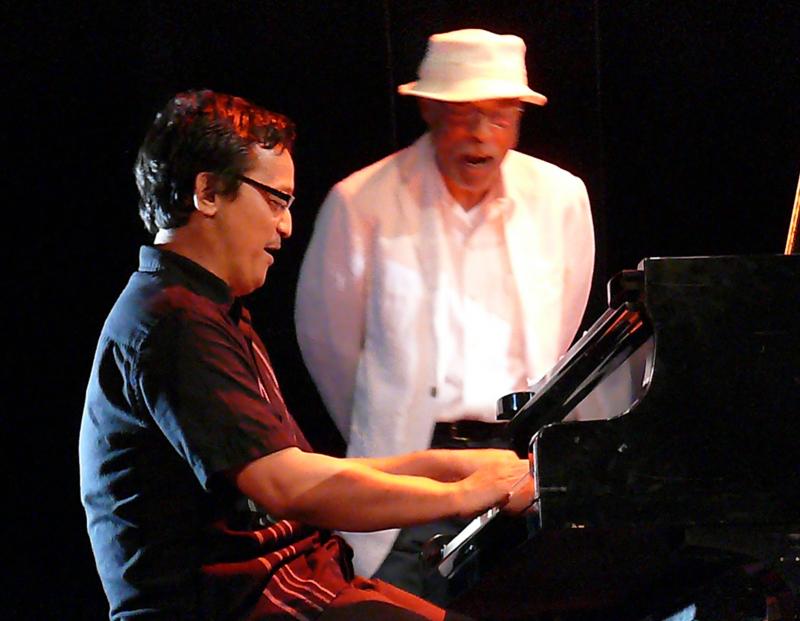 Parrhesia comprised three men with a shared ethos of exploration of sound and texture, hewing closely to the parameters set out on their eponymous recording (Engine, 2010) to navigate through a sequence of uncharted territories. Flanking leader cornetist Stephen Haynes' collection of brass and mutes, Joe Morris sat to the left with his guitar slung around his neck, while to his right Warren Smith prowled around a panoply of percussion instruments and drum set.

Haynes' utterances were measured and carefully paced, recalling his mentor, the late Bill Dixon, in his close attention to the placement of sound. Courtesy of an array of mutes, Haynes peppered the canvas with fanfares, blasts and growls. Smith colored the ensembles not only with gongs and marimbas, but also by striking the metal frames on which the noise-makers were strung, drawing no distinction between them in his quest for the most appropriate response. Morris deployed a wide range of tactics, of which conventional chording was by no means the most frequent, extracting scrapings and metallic, scrabbling stutters from his fretboard. At one point with his guitar flat on his lap, he tapped it percussively with two pencils, recalling gamelan sonorities. Together they evinced a sense of calm, unhurried in their captivating lower case group interaction.

Billed to make capital out of John Tchicai's appearance on one of John Coltrane's most celebrated sessions, Ascension Unending was actually the Danish saxophonist's Five Points band responsible for One Long Minute (Nubop, 2010) with the addition of violinist Rosie Hertlein. Their sound was nothing like Trane's loosely proscribed free blow, instead showcasing both the carefully charted structures and improvising skills of a cast of regular collaborators. Prominent among these was guitarist Garrison Fewell whose "Spectronomous" opened the set, its theme bookending a controlled collective improv section.

It really was a group music, with voices that erupted from the melee rather than individual showcases. Drummer Ches Smith's "One Long Minute" flowered out into a pointillist passage full of unusual techniques, with Fewell tapping his fretboard and Hertlein taking a minimalist approach to her violin. Saxophonist Alex Weiss arranged Marion Brown's "Capricorn Rising," with the lilting melody giving way to Hertlein's wordless vocals over a nagging vamp, before an atonal feature for his alto. Tchicai adopted a fatherly role, overseeing and directing, and only asserting himself instrumentally towards the end of the set with one blowtorched tenor saxophone incantation over a knotty rhythm, which had the house roaring affirmation.

An air of expectation awaited saxophonist Tony Malaby's group Tamarindo, and it didn't disappoint with their one hour set closing out the first evening. Malaby has gradually become more of a name on the scene, his many sideman dates now outnumbered by his leadership vehicles, tonight's trio prominent among them. Vision Festival force majeure William Parker held down the bass chair but with Nasheet Waits unavailable, regular confrere Tom Rainey manned the trap set. 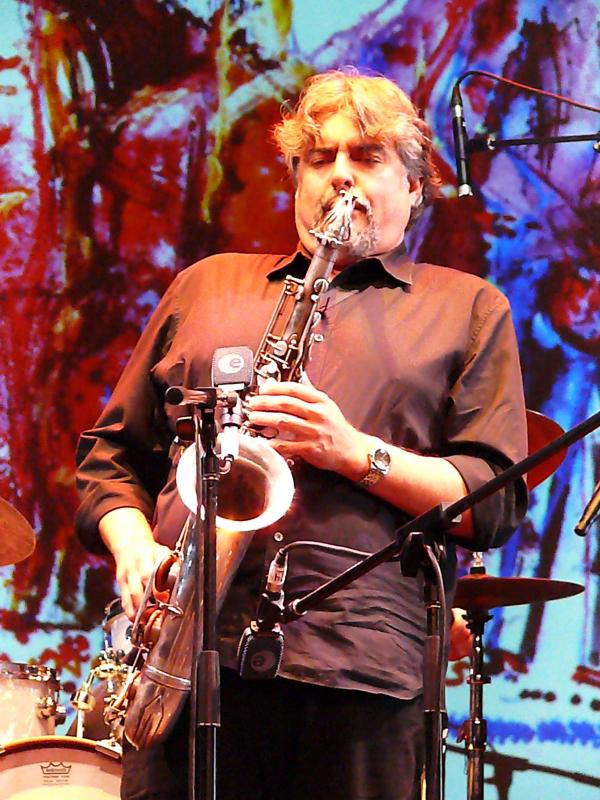 While on disc, Tamarindo utilizes preconceived heads as launch pads for the leaders' muscular outpourings, if there were written structures here they were treated so sketchily as to be imperceptible. After an organic start, where the reedman swayed from side to side, essaying harsh tenor saxophone blurts atop Parker's urgent propulsion and Rainey's busy percussion, the dynamic ebbed and flowed, but always with the leader involved. It almost seemed as if he co-opted any available distortion as material for extemporization. Harsh ugly sounds were as liable to predominate as melody, with duck calls, multiphonic shrieks and squeaky reed noises coloring his already unpredictable trajectory.

Rainey worked timbral variation adeptly into his percussive crosscurrents, beating his hands, using his elbows to dampen and modulate the timbre of his snare, and wielding a variety of implements to strike the drums with different attack and weight. In tandem with Parker's insistent bass, his interventions time and again reinvigorated Malaby, who appeared inexhaustible, refusing all cues to wind down in an unbroken set of consistently high quality interplay.