A renowned double bassist of exceptional talent Sirone, (Norris Sirone Jones) was a founder member of the Revolutionary Ensemble and remained with it throughout its six-year life. His memory is principally cherished by observers of the fine detail of jazz history, but his power, flexibility and musicality as an improviser entitle him to much more than a footnote.

Back in 1971, three adventurous young US jazz musicians formed an uncompromising improvisational group called the Revolutionary Ensemble--a title that had resonances in the civil rights movement, the Vietnam War, and the radical transformation of jazz making that had been ignited by Ornette Coleman, Cecil Taylor and John Coltrane.

The work of the experimenters of that era is still evident in jazz today, in a freer and more collectively intuitive approach to playing that has become so familiar that hardly anyone blinks at it. Coleman, Taylor, Coltrane and others became legendary figures for hearing those expressive possibilities early on. Others, like the double bassist Sirone, were powerful influences in their own ways, but were overshadowed by the younger players they had inspired. The Revolutionary Ensemble was remarkable for its concentration on texture, tone color and the then unclaimed territory between jazz and contemporary classical music, which partly derived from its unusual lineup: Sirone on bass, Leroy Jenkins on violin, and Jerome Cooper on textural rather than jazz-swinging percussion. Adapting what he had learned from work in the 1960s with the free-jazz luminaries of the time, Sirone brought a Charles Mingus-like earthiness and percussive attack to the mix--and if he was nimble and imaginative enough to follow the unpremeditated thoughts of the most mercurial improvisers, he was always ready to re-anchor the music to jazz's most fundamental virtues in the blues.

He was born in Atlanta, Georgia, and played the trombone at first, taking up the double bass at the age of 17. In his early playing years in his hometown, Sirone worked with a co-operative band simply called the Group, which also featured the saxophonist and occasional blues singer George Adams, later to make a significant jazz contribution in the bands of Mingus and Gil Evans. The rootsiness and directness of Sirone's musical conception was established in this environment, and he was a natural recruit to the burgeoning free-jazz scene in New York when he moved to the city in 1965. Joining the pianist Dave Burrell, Sirone participated in Burrell's Untraditional Jazz Improvisational Team.

During these years, Sirone worked with Burrell and Taylor, and the fiery saxophonists Pharoah Sanders, Gato Barbieri, Marion Brown and Noah Howard. He also played with the guitarist Sonny Sharrock, a performer who eschewed the tasteful single-line melodies of orthodox jazz guitarists in favor of a Hendrix-related wall of abstractly bluesy noise. In the late 1960s, such saxophone celebrities as Jackie McLean, Albert Ayler and Archie Shepp joined Sirone's list of august employers, as well as the bandleading maverick Sun Ra.

From 1971 to 1977, the bassist was primarily involved with the Revolutionary Ensemble, Sirone having been introduced to violinist Jenkins by Taylor's drummer Sunny Murray. Jenkins's search for connections between classical music, jazz and blues quickly chimed with Sirone's approach, and from the first 1971 exploration on the group's debut for the ESP label (a taxing extended improvisation just called Vietnam), the bassist's ability to mirror and extend the violinist's bold ideas, and to merge seamlessly but tellingly into the group sound, is abundantly clear. The trio released the album “Manhattan Cycles” the next year, then “The People's Republic” in 1975 and an eponymous titled departure in 1977. It did, however, reconvene in 2003 for “And Now ...”, a more refined but still structurally inventive venture that Jenkins's death the following year turned into the group's swansong.

By now based in Berlin, but regularly commuting to the US, Sirone joined Taylor's group in the mid-1970s, an assignment demanding immense stamina. He also worked with Phalanx, George Adams and the guitarist James Blood Ulmer's group, and with Jenkins on the saxophonist Dewey Redman's fine “Coincide” (1974)--displaying both his capacity for dramatically atmospheric bowed playing and a highly lyrical jazz-ballad style.

Sirone played and recorded with European musicians in his last years. He disliked the expression “free jazz”, telling All About Jazz in 2005 that he “put a definite attention towards the composition merely as a path of reaching the point where we can find that magical moment … to reach that point of that freedom is discipline and that discipline is a study, this is why that word free doesn't sit so well with me, because it has been abused. Sometimes you get a lot of noise.”

Oluyemi Thomas, Sirone and Michael Wimberly - Beneath Tones Floor (No... 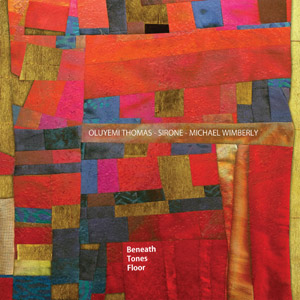 All About Jazz musician pages are maintained by musicians, publicists and trusted members like you. Interested? Tell us why you would like to improve the Sirone musician page.