Alex began playing the alto saxophone when he was twelve years old. At the age of fifteen, he began performing with The John Payne Saxophone Choir through his first teacher, Duncan Martin, at the Tam O'Shanter in Harvard square Cambridge, Massachusetts. Alex went on to study music at the University of Massachusetts, Boston, and in 1995, Alex relocated to San Francisco and began performing with local groups like One Nation Underground, The Unknown Giants, and The Dutch Falcone Orchestra. During this time Alex studied with Roberto DeHaven, minister and musician for the Saint John's Orthodox church, also known as the John Coltrane church

Outhead: Send this Sound to the King 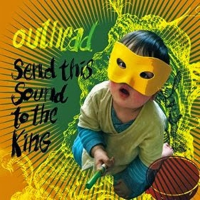 OUTHEAD- Send This Sound to the KIng

Having covered the Panel Discussion for Sunday the music needs its due. Where else but the Vision Festival, in the US at least, would you find a night given to two participants in that legendary extended fanfare the world knows as Ascension. One still works among us, John Tchicai, and the other left us since Vision ...