BY KARL ACKERMANN
January 27, 2014
Sign in to view read count 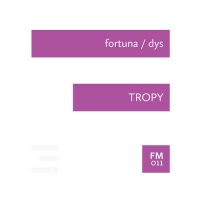 It remains largely unrecognized that the Polish jazz culture predates Louis Armstrong's "invention" of modern improvised jazz. As early as 1923, Polish jazz musicians were touring Eastern Europe in the company of Chicago and New Orleans Dixieland players. The American perspective of Polish jazz is principally defined by trumpeter Tomasz Stanko, violinist Michal Urbaniak and pianist Krzysztof Komeda. Along with later arrivals to the scene, such as pianists Marcin Wasilewski and Adam Makowicz and saxophonist Zbigniew Namyslowski this group of artists constitutes much of what American audiences have experienced in Polish jazz. A more global recognition was further delayed by an extended blackout of jazz under Nazi occupation and later Soviet domination. Jazz didn't re-emerge (at least above-ground) until the late 1950s but artists from saxophonist Gerry Mulligan to pianist Brad Mehldau have been influence by the rich traditions of jazz rooted in this country. In Tropy, we have a compelling reason to look toward Poland once again.

The duo of trumpeter Maciej Fortuna and pianist Krzysztof Dys perform original music in an open avant—garde setting with plenty of white space and classical influences. Warm and sensual in approach, there is a sense of mystery mixed with marginal quirkiness that creates a unique atmosphere throughout Tropy. In Fortuna's playing there are shades of the great trumpeters Rob Mazurek—also of Polish ancestry— the idiosyncratic Nate Wooley and Miles Davis but Fortuna has his own distinct voice. Dys is a multiple award winning member of several in-country jazz groups as well as an educator. His avant-garde style is finely developed with touches of Mal Waldron and Keith Jarrett but he clearly speaks with his own voice.

The opening piece, "Aliena Mente" features the duo in complimentary yet contrasting roles; the slightly discordant piano and the long slow lines of the trumpet pushing the sound in seemingly different directions. But in their counterpoint approach Fortuna and Dys manage to affect a fragmented harmony that pulls the piece inward before it can drift to far from its core. "Ellipsis" opens with a temperate growl from Fortuna and eventually gives way to a Dys solo that is part gospel and part classical but goes deeper than both in terms of an individual statement. Fortuna floats back in ethereally, somewhere above the piano, and the approach is both complimentary and contrasting. Given the outwardly subdued tempos, careful listening is required to appreciate the emotional swings of the music. "Vox Superiori," for example, begins with a bit of restrained fanfare before Dys's intricate and complicated notes superimpose a tautness that reinforces the music's structure even as it keeps the piece from becoming stuck in sequential intervals. In further contrast "Gravitas" opens with unexplained and unidentified percussive effects before settling into a moody off-kilter bolero.

Tropy is a compelling example of shifting an improvisational program without making those changes jarring. Breaking new ground without vehement outbreaks of dissonance is far more complicated than interspersing uncontained energy with serenity as though those radical shifts were safe havens. Instead, Fortuna and Dys have given us a concept of inquisitive beauty; melodic boundaries are left jagged and indefinite. The only sanctuary is in the odd comfort that permeates this collection like a pure organic expression of communication. In the modern trumpet/piano catalog that pre-dates Chet Baker and Paul Bley (Diane, Steeplechase 1985), Tropy is among the best of those recordings.