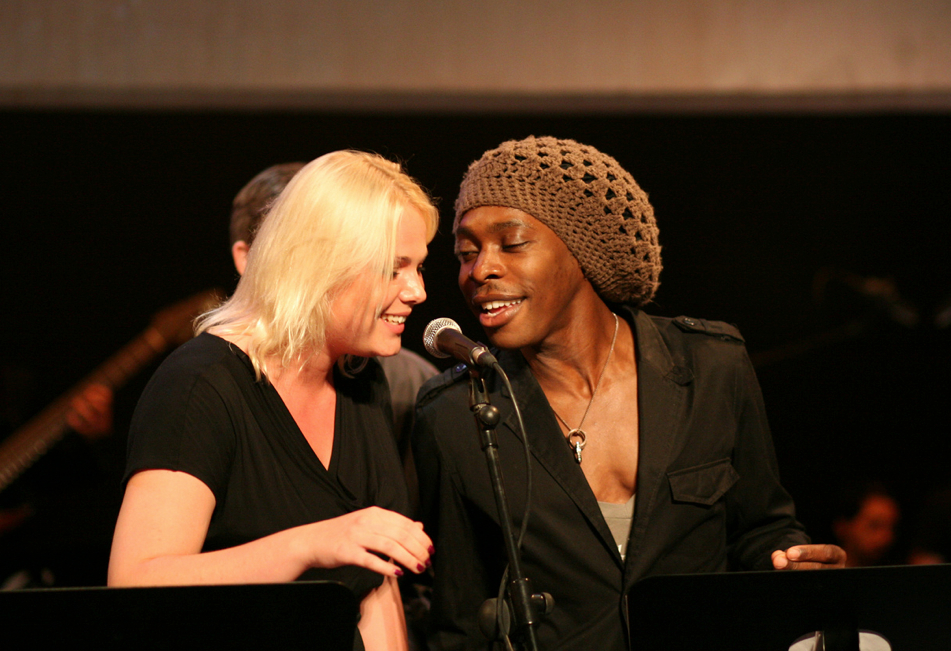 In October 2012, jazz singer, composer and arranger Viktorija Pilatovic, just 23 years old, performed her original composition, "We Could Solve That," with internationally renowned bassist Victor Wooten in Valencia, Spain's iconic Palau de les Arts Reina Sofia performing arts complex. Her skills were quickly noticed when she arrived at Berklee Valencia in September of 2012 to pursue her Masters in Contemporary Studio Performance on a full ride scholarship.

Earlier in 2012, Viktorija was invited to participate at the AEC Pop and Jazz Platform in Lille, France, representing the young jazz generation amongst a number of music professionals, discussing teaching methods and the future of jazz education.

Viktorija was born on the 12th of March in 1989 in Klaipeda, Lithuania. At the age of six, she started playing classical piano, winning many Carl Czerny Piano Competitions.

In 2007, she began her Bachelor studies in Jazz Vocal at the Lithuanian Academy of Music and Theatre. Since then, she has participated in a number of jazz contests, such as the International Jazz Vocal Competition in 2008, 2009 and 2010, winning 1st prize in Jazz Fountain 2008.

In 2009, Viktorija was invited to take part at the Klaipeda's Sea Festival, appearing at The Tall Ships' Races, where she performed with The Klaipeda Town Big Band, receiving live coverage from Lithuanian national TV and radio.

In 2008, the young artist performed at a festival in Naggar, Himachal Pradesh India hosted by the International Roerich Memorial Trust.

In 2011, Viktorija won 3rd prize at the The Nederland Jazz Vocalisten Concours. The show was broadcasted on Radio 6 The Netherlands. Also in 2011, Viktorija toured Athens, Greece with guitarist/vocalist Adedeji Adetayo. Following the tour, she returned to Greece with her female jazz group The Sound Of Reflection, after many requests, where they played almost every night for a month.

In March of 2012, she performed as a solo artist with PCC Sympho- Jazz orchestra, conducted by the legendary John Clayton. In July, she performed at the Montreux Jazz Festival in Montreux, Switzerland.

She now holds two Bachelor's Degrees and is currently studying for her Master's Degree in the Contemporary Studio Performance program at the Berklee College of Music Valencia.

During this time, Viktorija continues to develop arrangements, original compositions and developing her own teaching methods.

Viktorija is working on her debut album featuring original compositions and unique arrangement of jazz standards, fusing jazz, hip-hop and soul, with an expected release of late 2013.

I like confusing people a little. Keeping them aware and ready to take a different direction for a while and then gently bring them back to where it started.

I believe that the student has to be quietly proud of himself, competitive with him/herself and like it so much that no matter how hard and confusing it is in the beginning to be able to continue that.

When you tour with Adedeji Adetayo, Benson Itoe, Vagelis Stefanopoulos, Owen Hart Jr. everything is humorous

My demo recordings of "Nica's Blues" and "Love for Sale.} I connect with them the most.

I give a lot of energy . And I am trying to make it breathtakingly beautiful.

I am afraid of darkness.

Very innovative. Many musicians are fusing their traditional music with jazz tradition. We hear many fusions of jazz and Mediterranean, Indian, Balkan music. I think it's a very interesting turn because the source will never be empty.

I am recording my debut album this winter, releasing it and touring with it. Also I would like to have one of my songs as a soundtrack of a movie or TV series.

If I am on the high heels I am afraid of falling ... But I am not scared of anything else while singing.

"Both Sides Now," by Joni Mitchell

"Mean to Me," music by Fred E. Ahlert and lyrics by Roy Turk.

Manager, booking agent and publicist for Viktorija Pilatovic and I work as a library assistant at Berklee Valencia.

An Olympic champion in 100 meters sprint and gymnastics.