Derrick Hodge began studying electric guitar at the age of 7, inspired by the playing of West Philadelphia’s Beulah Baptist Church choir’s bassist, Joel Ruffiin. A year later, Hodge switched to electric bass guitar and began playing in the elementary school concert band and orchestra. In junior high, he was introduced to the upright contrabass. At the time, there were no bass instructors so Hodge learned the instrument by using his electric bass technique and by watching the 1st and 2nd violins sitting across from him. And for jazz band, he just played the upright bass as if it were an electric bass, disallowing the lack of instructional resources to be his hindrance. He considers himself a product of a hotbed of talent from the greater Philadelphia region which had a thriving Gospel, Jazz, Classical, R&B and emerging Hip Hop scene 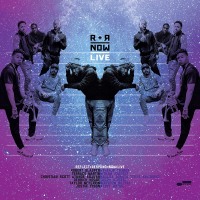 Label: Blue Note Records
Released: 2021
Track listing: Respond; Been On My Mind; How Much A Dollar Cost; Change Of Tone; Perspectives/Postpartum; Needed You Still; Resting Warrior.

One of the finest recordings released during early 2021 was by R+R+Now Live led by Robert Glasper and Derrick Hodge. From there, we play some catch up looking into the voices and music captured during the 2020 pandemic jazz year. It includes Ed Partyka, Cathlene Pineda, Frank Basile and Stephen Menold. We say good-bye to Joe ...

Bassist, musician, producer, composer Derrick Hodge is a man full of soul, compassion and creativity. You may not know him by name but if you are a fan of music you have more than likely vibed out to some of his music and not even realized it. Hodge has released two albums of his own on ... 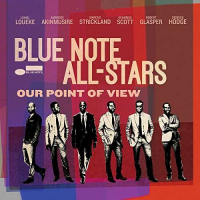 Different generations of Blue Note stars come together on this double-album to celebrate the label's legacy and to affirm its present-day relevance. Wayne Shorter and Herbie Hancock first recorded for Blue Note in the 1960s. Robert Glasper, Ambrose Akinmusire, Marcus Strickland, Lionel Loueke, Derrick Hodge and Kendrick Scott variously came on board in the 2000s and ...

"Always beginning. Often perplexed. Drawn to beauty and to the absurd. I play piano, write songs, and take pictures of doors with my phone. A bit odd." So is the pianist's own account on his website, written in a few scribbled sentences. About a decade ago, Aaron Parks created much of a stir through his debut ...

Monterey Jazz Festival Monterey County Fairgrounds Monterey, CA September 27-19, 2019 It sometimes happens at the historic Monterey Jazz festival that the “main" and most memorable takeaways of a program occur away from the main arena stage. And so it went at the 62nd annual festival in September--at least to these ...