Born in Benin, a small country of west Africa, Lionel first picked up percussion instruments before choosing guitar at the age of 17.

In 1990, he moved to Ivory Coast for a general musical training in the "National Institute of Art" which lasted four years. As he was listening to outstanding jazz musicians such as Wes Montgomery, Joe Pass, George Benson, he was definitely convinced that he needed to improve his playing. The next step would be to enroll in a well known jazz school.

In 1994, he was accepted at the "American School of Modern Music" in Paris (France) where he got his Diploma in 1998.

The dreams were coming true. In 1999, he was awarded a scholarship to "Berklee College of Music" in Boston, Massachussetts. He quickly graduated in 2000 majoring in Jazz Performance.

In 2002, while still at the Monk Institute, he stated playing with trumpet player and film music composer Terence Blanchard. He recorded two albums with him, the second one on the famous Blue Note label.

Between 2003-2006, Lionel lives in New York and plays around the world. He played onTerence Blanchard last CD and DVD "Flow". Also on Herbie Hancock's last CD and DVD "Possibilities". He also recorded two CD's under his own name, "In A Trance" (Space Time) and now, "Virgin Forest" his highly-anticipated debut on ObliqSound.

STLJN Saturday Video Showcase: From Benin to Berklee and Beyond with...

Virgin Forest: The Complete Sessions by Lionel Loueke Reissued On... 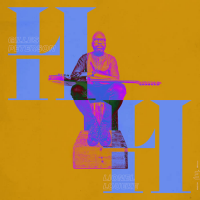 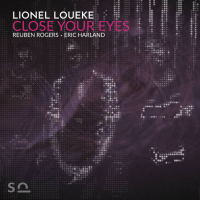 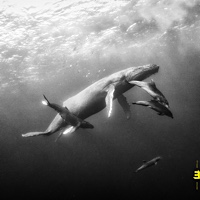 From: Virgin Forest
By Lionel Loueke 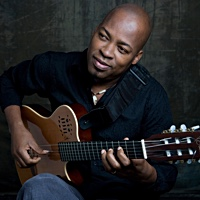 All About Jazz musician pages are maintained by musicians, publicists and trusted members like you. Interested? Tell us why you would like to improve the Lionel Loueke musician page.