Pedro Velasco is a London-based guitarist who specialises in improvised music. Born in Lisbon, Portugal, he began playing piano at age nine and, inspired by the Brazilian music he was surrounded by at home, picked up a guitar at age 12. Under the tutelage of renowned Portuguese guitarist Mario Delgado, he began turning to the sounds of jazz and improvised music. He moved to London in 2003 to study at Middlesex University with Nicki Isles, Chris Batchelor and Stuart Hall and in 2007 he graduated with a first-class honours degree in Music (Jazz Performance).

He now performs not only on guitar, but on other string instruments as well, including double bass, portuguese guitar and oud, playing prolifically across London and the UK, and he’s also toured Europe with the free-improv group, Splatter. He composes original material for his own ensembles Machimbombo, Akimbo and the Pedro Velasco Trio and continues to explore other styles of music that champion interaction and personal expression.

Pedro Velasco guitar London jazz
‘’The guitar of our fellow countryman, Pedro Velasco, fills every corner of the album with a filigree ambience that superficially appears understated, but is truly assertive.’’ – Paulo Chagas review of Splatter’s album Cloudseed – Jazz.pt

‘’The guitar sounds ever more distant, captured within some far-off memory where music that might once have been is the music of the future.’’ – Luca Pagani’s review of Splatter’s album Scraffiti – allaboutjazz.com 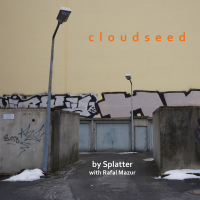 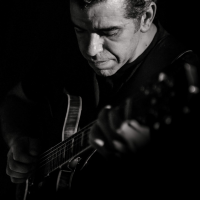 All About Jazz musician pages are maintained by musicians, publicists and trusted members like you. Interested? Tell us why you would like to improve the Pedro Velasco musician page.