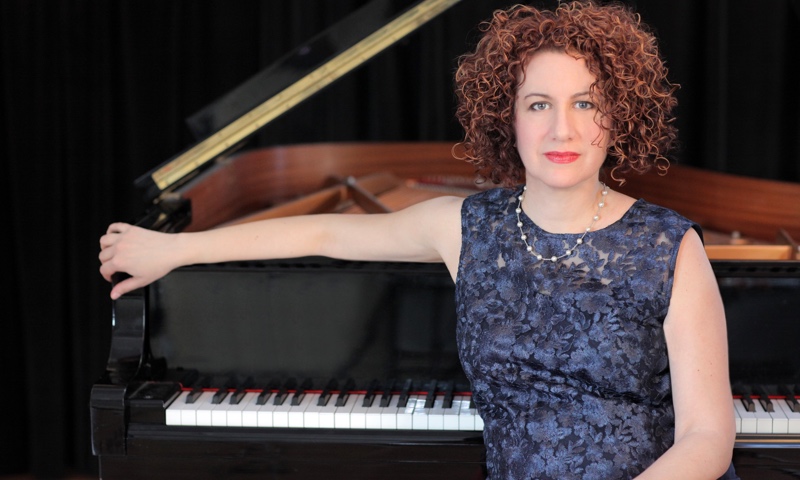 By ROBERTA PIKET
June 17, 2016
Sign in to view read count
About Roberta Piket
Born in Queens, New York, Roberta inherited a passion for music from both her parents. Her father was the Austrian composer Frederick Piket, who made significant contributions to both the musical liturgy of Reform Judaism and the concert hall with works performed by the New York Philharmonic under conductor Dimitri Metropolis. From her mother, Cynthia, she absorbed the glories of the American Songbook, learning the tunes (and accompanying lyrics) of Porter, Gershwin, Kern, Rodgers, and Berlin. Roberta attended the joint five-year double-degree program at Tufts University and New England Conservatory, graduating with a degree in computer science at the former and a degree in jazz piano from the latter. After a year as a software engineer, she returned to New York to pursue her musical calling, and an NEA grant set her up to study with pianist Richie Beirach. Piket made her recording debut on an album by jazz legend Lionel Hampton. Around the same time, Marian McPartland heard her at the Thelonious Monk Composers Competition and invited her to appear on NPR's Piano Jazz, Piket's first of three appearances on the show. Piket occasionally performs on B-3 organ, leads her own groups at Smalls and Mezzrow, and tours internationally. In recent years she's focused particularly on solo piano performance as well as continuing her work with her trio and sextet.

Teachers and/or influences?
At New England Conservatory I studied with Fred Hersch, Stanley Cowell and drummer Bob Moses. In my early 30's I studied only briefly with Sofia Rosoff, but her approach was very influential on my playing. I learned a lot about optimizing my posture and arm position. I studied with Richie Beirach for six years when I moved back to NYC after finishing at NEC. He continues to be an influential friend and mentor.

I knew I wanted to be a musician when...
I first starting singing harmony by ear with friends in sixth grade. But I didn't know I wanted to be a jazz musicians until I was about 15 and heard Walter Bishop, Jr.'s Muse record, Speak Low.

Your sound and approach to music.
My approach is to be open to each situation rather than forcing an agenda onto the music. I like to let the music unfold. I find that if I am open to that, the right approach will find me. Paradoxically, approaching music openly requires a good deal of study and preparation. The greater the foundation you have, the more options you have and the greater the chance of finding the right way in.

Your teaching approach
My approach is to enable the student to have a deep understanding of what she is learning and why, so that she can continue to grow on her own. I don't like teaching beginners. There are plenty of people who excel at that. I love doing clinics and master classes with students who need help getting to the next level or who may have some gaps in their experience.

Your dream band
The great thing about living in the NY area is that you have access to some of the best musicians in the world. You can literally play with your "dream" band. There are some musicians outside of NY that I would love to play with more. I played once with Anthony Cox in the Midwest and it was life-changing. Joe La Barbera, who lives on the west coast, is a drummer I would like to play with again. Of course there are many musicians I've never played with that I would love to play with: Wayne Shorter, Ron Carter, John Abercrombie, Jay Clayton.... The list is endless.

Your favorite recording in your discography and why?
My favorite is always the most recent one, because I always want to be improving. So as I'm writing this my favorite is One for Marian: Celebrating Marian McPartland. I'm especially pleased with this recording because it gave me an opportunity to expose listeners to some of Marian's underplayed compositions, I got to play with a great band composed mainly of good friends of mine, and I wrote some woodwind arrangements that came out very well.

What do you think is the most important thing you are contributing musically?
Musicality. "Telling a story," as Lester Young put it, is so important, no matter what genre you're playing.

The first jazz album I bought was:
Speak Low by the Walter Bishop Trio. It changed my life.

Music you are listening to now:
Mostly I've been listening to mixes of my husband Billy Mintz's new recording which we hope to release soon. It's a quintet with Tony Malaby, John Gross, Hilliard Greene and myself. He really got into the production side of it, and, after we recorded with acoustic piano, he had me come in to overdub some Fender Rhodes and organ parts.

I've also been listening to some Mahler symphonies.

How would you describe the state of jazz today?
The state of the music is strong; there are some wonderful musicians doing good things. But we need to figure out the economic problem with jazz in particular, music specifically, and the arts in general. Musicians need the ability to play and tour consistently, and to spend time reflecting, without worrying about survival, to make the best music possible. That opportunity is rarer than ever.

What are some of the essential requirements to keep jazz alive and growing?
This can only be accomplished by going back to teaching music and art appreciation in school from an early age. We also need government subsidy of the arts as they have in Europe. This support should be decentralized so one giant organization isn't wasting all the money on overhead. Marty Khan talks about this in his book. For what JALC spends you could fund a small jazz venue in every large city in America to support local as well as touring musicians. Freelancers, whether artists or otherwise, also need economic stability and security to be productive. That means health care and affordable housing. Of course none of this is going to happen soon. But you asked!

What is in the near future?
I'm hoping to book more dates for our One for Marian project, either in sextet or in a smaller configuration. Working on some west coast dates.

I would also like to continue to work on my solo piano work, as I feel this has forced a lot of growth for me. It's made me a much better pianist and musician, and helped me improve my focus and concentration.

I don't gig as often as I'd like, but I try to remember that I'm fortunate because the gigs I do get to do are with some wonderful musicians. So there's a lot of quality, if not quantity.

As I mentioned, I get to play in Billy's quintet, and I also play in a free trio with Billy Mintz and Louie Belogenis. I am also involved in a recording Virginia Mayhew is working on with a fantastic band.

Recently I was in the studio with rock music biz veteran Anne Leighton recording a new Christmas song she wrote. We put the arrangement together in the studio by overdubbing lots of different keyboard parts over the basic piano and drum track. Jazz musicians don't usually work that way, but in pop and rock music that's typical. So it was fun to help it take shape layer by layer.

What is your greatest fear when you perform?
My biggest fear is that fear will get in the way of letting the music happen.

What is your favorite song to whistle or sing in the shower?
Whatever I'm currently trying to sing. Currently Alec Wilder's While We're Young.

If I weren't a jazz musician, I would be a:
Probably a civil rights or labor lawyer, or maybe a comedian.