Joe La Barbera has performed all over the world with some of the finest names in jazz since his arrival on the scene. From his first professional appearance at the Sands Hotel in Las Vegas with Frankie Randall and the Buddy Rich band in 1968 to his work with jazz great Bill Evans and up to the present, he has always been in demand by world class artists and has always been regarded by his peers as a tasteful, musical drummer and a supportive accompanist. Bill Evans summed it up best when he said: “Joe is very dedicated to playing quality music and he’s willing to make the concessions of dues toward that end. He’s a top soloist and he does the right thing at the right time”.

Born in Mt. Morris, New York, on February 22, 1948, his first musical experiences began at home as part of the family band with his parents and two older brothers, saxophonist Pat and trumpeter and arranger/composer John La Barbera. He received a solid foundation in drumming as well as lessons on clarinet and saxophone from his father starting at 5 years of age. After high school, his education continued at the Berklee College of Music in Boston where his teachers included John LaPorta, Charlie Mariano, Herb Pomeroy and the great Alan Dawson.

Following Berklee and two years with the 173rd U.S. Army band at Fort Dix, New Jersey, Joe began his professional career on the road with Woody Herman and the Thundering Herd. The Chuck Mangione Quartet followed with gigs ranging from jazz clubs with the small group to symphony halls with full orchestra. Then it was on to New York and a fruitful two-year period of freelancing with Jim Hall, Phil Woods, Art Farmer, Gary Burton, Art Pepper, John Scofield, Don Sebesky, Bob Brookmeyer and Toots Thielmans to name just a few.

In 1978 Joe was asked to join Bill Evans in what was to become a landmark trio. Along with bassist Marc Johnson, the trio grew over a two-year period to become one of Evans’ finest. After Bill’s untimely death in 1980, Joe joined world renowned singer Tony Bennett recording some of Tony’s finest albums including “The Art of Excellence”.

In 1987, Joe took up residence in Los Angeles, and immediately became involved in a wide range of music. During this period he worked and recorded with a Who’s Who of West Coast giants like Conte Candoli, Bud Shank, Bill Perkins, Lanny Morgan, Jack Nimitz, Lou Levy and Teddy Edwards. On the International scene he has recorded and toured with “Bassline” (a group with Hein Van de Geyn and John Abercrombie) Kenny Wheeler, Rosario Giuliani, Eddie Gomez, Enrico Perinunzi, Phillip Catherine J.M.O.G.(a cooperative group with brother Pat La Barbera) and numerous projects with the W.D.R. Big Band in Cologne. Joe is a regular visitor to Japan with his own groups as well as a featured sideman.

Joe has been on the faculty at California Institute for the Arts since 1993 and is busy as a clinician and guest artist at many major universities. His residencies have included Centrum Jazz Camp in Port Townsend Washington, Roma Jazz Cool, Cap Breton, France, McGill University in Montreal and Cornish College in Seattle 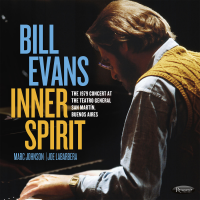 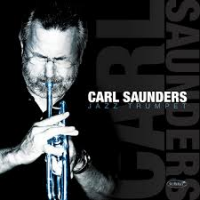 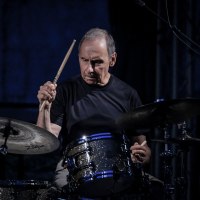 All About Jazz musician pages are maintained by musicians, publicists and trusted members like you. Interested? Tell us why you would like to improve the Joe La Barbera musician page.