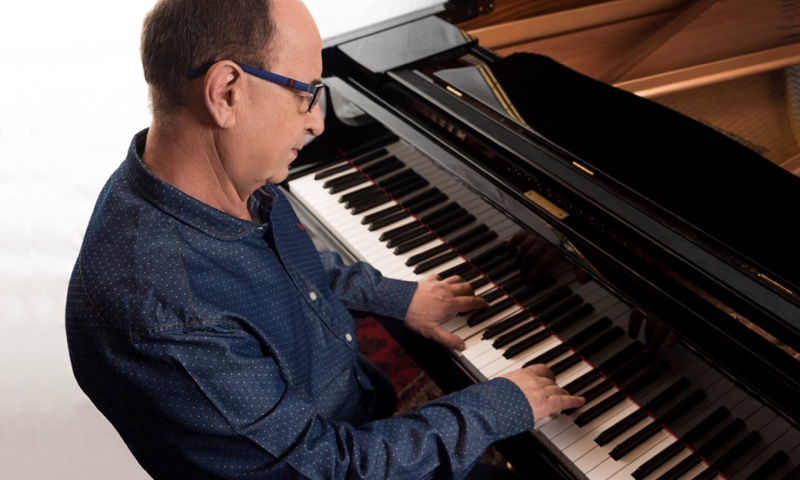 By Antonio Adolfo
June 18, 2016
Sign in to view read count
About Antonio Adolfo
Pianist, arranger, producer and educator Antonio Adolfo grew up in a musical family in Rio de Janeiro and began his studies at the age of seven. At seventeen he was already a professional musician. His teachers include Deodato and Nadia Boulanger in Paris. During the 60's he participated in several Bossa Nova and jazz shows in Brazil and toured with singers Leny Andrade, Flora Purim, Wilson Simonal, Elis Regina and Milton Nascimento, Adolfo wrote tunes such as "Pretty World" ("Sa Marina") that had been recorded by such artists as Sergio Mendes, Stevie Wonder, Herb Alpert, Earl Klugh, Dionne Warwick... As a musician he has released over 25 albums under his name. Adolfo has taught Brazilian music throughout the world and has written several books. Recent recordings include: Lá e Cá/Here and There, Antonio Adolfo & Carol Saboya Ao Vivo Live, Chora Baiao, Finas Misturas, Rio, Choro, Jazz, O Piano de Antonio Adolfo, nominated for the 2014 Latin Grammy. In 2014 along with Carol Saboya and Hendrik Meurkens he recorded the CD Copa Village, followed by Tema, which was nominated for the 2015 Latin Grammy for Best Instrumental album. In 2016 he released Tropical Infinito.

I knew I wanted to be a musician when...
I was a young kid and listened to many albums, watched shows and realized music made me feel good.

Your sound and approach to music.
I feel that my sound and approach is more for the harmony and melodic side. Brazilian music being my passion, from Choros to Bossas and a strong jazz influence, without forgetting that classical was my basic music structure, since it was the instrument that my mother (violinist) used to play at home and professionally, as other members of the family used to do as well with piano... So, much of my actual music approach comes from that.

Your teaching approach
I always had great admiration for my teachers. Maybe that is one of the reasons that one day I also decided to pass my knowledge to ones that would like to learn what I have to teach. I have been teaching for 40 years. Of course there are periods that I go on the road or have to dedicate myself to recordings, other activities that keep me far from my students. When I decided to create a music school in Rio, it was to provide the opportunity for students to have someone to teach even when I wasn't present. And more than that, they could learn other instruments. But my deepest passion when talking about teaching is Brazilian music. I have dedicated a big portion of my life as a teacher conducting workshops, master classes, etc.

Your dream band
No artist, no musician in particular, but my dream band has to go with me, musically speaking. I think, lately I had that dream become reality. The musicians that play Brazilian music with me are the "best" though it is hard and dangerous to say someone is the best on this and that, because there many great musicians everywhere.

Favorite venue
There are some places, sometimes a Concert Hall, but also a small jazz club. I had bad and great experiences at both places. It is hard to say, but Itau Cultural, in Sao Paulo is a nice venue. Another one where I recently played and liked was The Rose & Alfred Miniaci Theatre in South Florida, where the South Florida Jazz Series takes place. There are many nice venues to play all over the world. Impossible to mention each one.

What do you think is the most important thing you are contributing musically?
I don't know exactly, but promoting good Brazilian music, with all its richness, throughout the world is very important to me.

Did you know...
I like to play violin? That is something that very few people know: when I was a child it was my first musical instrument. My grandmother wanted me to do the same as my mother (to become a violinist). However, one day I decided to play soccer instead of spending hours practicing the violin—besides school, of course—and only four or five years later I became interested in music again, when I started playing the piano.

The first jazz album I bought was:
Art Blakey and The Jazz Messengers.

Music you are listening to now:
Antonio Carlos Jobim: Passarim

Desert Island picks:
Bill Evans: Conversations With Myself. Also, Bill Evans Trio and the Symphony Orchestra arranged by Claus Ogerman. But there are many others Joao Gilberto—"Chega de Saudade," for example.

How would you describe the state of jazz today?
Jazz has been open to many different cultures and has made a big transformation as a result. Some keep asking if it is still jazz. I think yes, but no doubt everything can be transformed. I think we have good examples of that, when we find people (that play different instruments and from different cultures) bringing their rich background to jazz.

What are some of the essential requirements to keep jazz alive and growing?
Authenticity, improvisation, interaction among musicians....

What is in the near future?
Tours to several countries: Japan, Brasil, USA, and Europe. Maybe a new recording in a couple of years. I have released several albums during the recent years. Maybe some new idea can come to my mind...

What is your greatest fear when you perform?
I think music can transform any fear in joy, happiness.... No place for fear if you are totally into the music you're playing.

What song would you like played at your funeral?
What a strange question! I've never thought about that. Silence could be. Eternal silence...

If I weren't a jazz musician, I would be a:
I can't imagine. I sure I would probably be unhappy.

If I could have dinner with anyone from history, who would it be and why?
Antonio Carlos Jobim. What a good talk, culture, knowledge of nature. Intelligent... a sensible person.

Antonio Adolfo is a Brazilian born pianist, composer and arranger