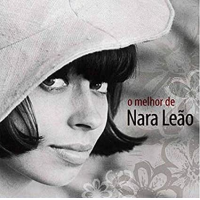 Last week, I was listening to early Brazilian bossa nova albums from the late 1950s when I came across an obscure one from 1958. The album was by a Rio group known as the Brazilian Jazz Quartet. Recorded in 1958 for Columbia, Coffee and Jazz featured alto saxophonist José Ferreira Godinho Filho (better known as Casé), ...

Music Producer (with over 530 albums to his credit according to the All Music Guide), Voting Member of NARAS-GRAMMY and Jazz Journalists Association (NY), Member of LAJS (Los Angeles Jazz Society), Musical Philosopher, Journalist, Jazz & Brazilian Music Historian, Publicist, Public Relations, Composer (having written successful jazz & pop songs, some dance hits like "O Passarinho" for the Italian TV reality show "La Pupa e Il Secchione", and "Samba da Copa" for the "2006 World Cup" in Germany, plus many other soundtracks for movies, soap operas & TV series in the USA — PBS, BET, Universal Cable etc —, Europe and Asia), Lyricist (he wrote lyrics to Dave Brubeck's "Broadway Bossa Nova" at the invitation of Brubeck himself, among other songs), Arranger, Percussionist, Keyboardist, Programmer, Educator (conducting clinics and panel sessions worldwide as the first Brazilian member of IAJE- International Association of Jazz Educators during its existence)

Brazilian jazz pianist Ricardo Bacelar makes a “Live” statement with “Nothing Will Be As It Was” His “Live in Rio” album drops August 21 preceded by the single that aptly reflects our times Brazil is leading the world per capita in coronavirus cases making it unlikely that people will be cramming into a concert venue anytime soon to hear live music.

Then there is the recent unrest that erupted in response to civil injustices in the US that bodes to spark meaningful change around the world. These are the events that inspired contemporary jazz pianist Ricardo Bacelar to release a new version of the Milton Nascimento classic “Nothing Will Be As It Was (Nada Sera Como Antes)” as a single ahead of the release of his “Live in Rio (Ao Vivo No Rio)” album, which drops August 21 from Bacelar Productions. “‘Nothing Will Be As It Was’ summarizes the existential questions raised globally by the coronavirus pandemic. Add to it the civil injustice and unrest that has surfaced over the last couple of weeks with Black Lives Matter, which is an especially important movement. We’re talking about the subject here in Brazil, too. We have a lot of problems with racism here, but our people have not yet taken the streets to protest and have social demonstrations. The world is watching the United States and people are talking about these issues everywhere,” said Bacelar who produced the 11-song “Live in Rio” collection.