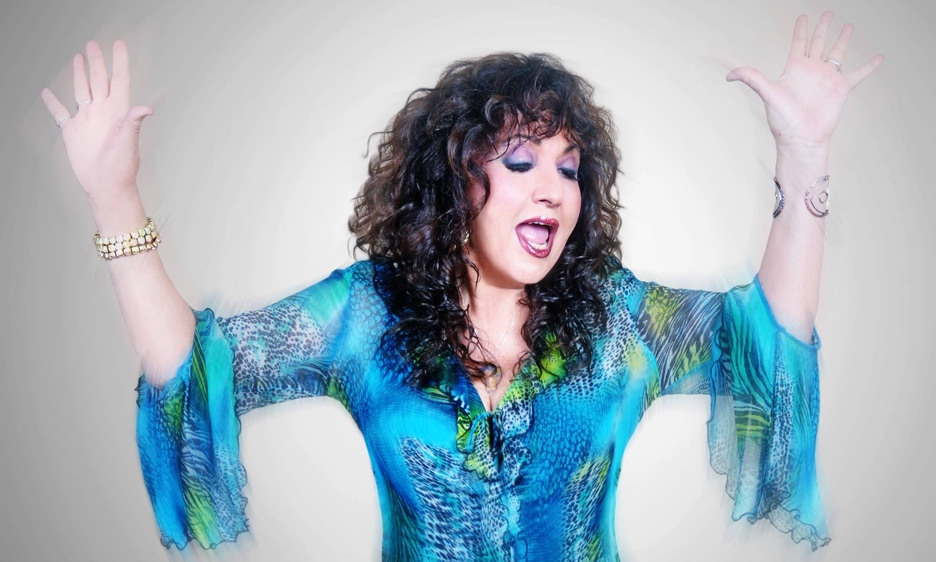 Maria Muldaur is best known for "Midnight At The Oasis," though she has toured extensively worldwide for over four decades, and has released 41 albums covering all stripes of American Roots Music, including Gospel, R&B, Jazz and Big Band, as well as several award-winning children's albums. Often joining forces with other fine artists, she has recorded and produced on-average, an album per year. These last few years have seen the 50th Anniversary Kweskin Jug Band Reunion concerts, gospel collaborations with the Campbell Brothers, performances with Bill Wyman and The Rhythm Kings, and notable reissues of her early recordings with Jim Kweskin. She is a twelve-time Blues Award and five-time Grammy nominee—the most recent of which, Don't You Feel My Leg: The Naughty Bawdy Blues of Blue Lu Barker was nominated for a 2019 Best Traditional Blues Grammy. She remains a revered and preeminent interpreter of American Roots music.

I am mainly a vocalist, play a mean tambourine and a smattering of Appalachian old-timey fiddle.

When I was five years old I was absolutely captivated by the singing of Hank Williams, Kitty Wells, and other early country artists, and learned many of their songs In my early teen years, I was intensely listening to all the early R&B artists... Ruth Brown, Etta James, etc. While still in high school I discovered the Complete Works of Bessie Smith in a friend's collection, and her deeply soulful singing became a profound influence and inspiration to me! I met a contemporary of Bessie Smith's, classic blues queen Victoria Spivey in 1962 in NYC, and she took me under her wing and encouraged and mentored me, taking me to her apartment to play old 78 blues recordings, in hopes of finding songs suitable for my young voice... she played me many of her early recordings, as well as introducing me to the early work of Memphis Minnie, who also became a big inspiration, musical influence and role model to me, both musically and personally! Around that time I also discovered and fell in love with Peggy Lee's voice and cool, spare, Zen delivery!

I never really made a conscious definitive "choice" to have a "career" in music! Rather, music was always the thing that attracted and magnetized me the most. My entire life could be described as a long and adventurous odyssey through various forms of American roots music... Blues, Jazz, Gospel, Bluegrass, Old-timey, etc. and from a very young age I just followed my passion wherever it led, until I found myself totally immersed in musical endeavors and have been doing it for living my entire life! I didn't choose a career in music! Music chose me!

From an early age I listened intensely to many wonderful roots music singers (i.e. country, bluegrass. blues, jazz gospel, etc.) and totally immersed myself in those genres, so I suppose my singing "sound" is an amalgam of all those different tones and inflections that inspired and informed me. My "approach" to music is a completely natural and unschooled approach... if I feel attracted and moved by a melody and/or lyric, then I am naturally drawn to the song, no matter what the genre. I don't write music or lyrics myself, but I feel I have a keen discernment for good songwriting, and have always been blessed with the ability to choose songs that really speak to me in the moment, but turn out over the years to have universal and timeless appeal. if the song says something I can feel or relate to, I can find a way to deliver it! if not... well why bother?

Years ago when I was first approached to do a vocal instructional video, I refused, feeling that since I had no formal musical training, I would have nothing to impart to aspiring singers. The producer begged to differ, and asked if he could set up a camera and ask me questions. 2 1/2 hours later we had more than enough material of interesting and useful info about the nuts and bolts of singing and performing to share with aspiring singers, and to this day, I get feedback that what I've shared has been immensely helpful to them! Since then I have taught many singing workshops, which it turns out I enjoy doing immensely. My approach is to work with each student individually and intuitively, at whatever level of vocal proficiency they have, and get them to unleash their inner voice, the voice that actually expresses the meaning of the song, without worrying about how "pretty," or strong, or attractive, or pleasing, or accomplished, their voice is. The whole point of singing is to express a feeling, tell a story, share it with others and move them to feel something too. It is just amazing the incredible progress and improvement each of these singers experience in the space of just a few days. Along with guiding them to express themselves in a pure and authentic way, I also heavily stress the importance of doing vocal exercises, which if done faithfully, can strengthen the weakest, roughest, most feeble voice into an instrument that is capable of great expression. I'm living proof of that!

I've been on the road performing with all sorts of amazing musicians all over the world for over 56 years! So many great memories and so many great stories to tell. I think I will save those stories for my book... too many to tell here.

One of my favorite venues is the world-class jazz club The Dakota in Minneapolis, owned and run by Lowell Pickett... fabulous food, good acoustics, great staff, and a deeply appreciative audience. Another favorite is Yoshi's in Oakland, CA for all the same reasons... One more favorite is Snug Harbor on Frenchmen Street in New Orleans As the name suggests, it's a tiny little place, but has fabulous sound, and is a great place to perform or go hear jazz. (there's great New Orleans food in the restaurant adjacent to the club)

Having made 41 albums to date, and getting to work with so many amazing artists, it's really hard to choose just one... so I'll name three:<

I think the most important thing I am contributing musically is that I have delved my entire life into various forms of American Roots Music, feel that it is a treasured and priceless part of our heritage, and have endeavored to keep this timeless music fresh and alive by performing it, recording it, and sharing it with many ongoing generations of listeners.

The first jazz albums I bought were:

I really don't feel fear when I perform... usually I just feel musical joy and ecstasy!

Two come to mind: Big Chief, the minor version Allen Toussaint did when Prof. Long Hair passed away, and "Sing To Me of Heaven" an old Appalachian song that has the line in it "Let music charm me last on earth, and greet me first in Heaven..." that pretty much sums up my entire philosophy and desire in life.

"Lullaby of the Leaves," and "Getting Sentimental Over You"

If I weren't a musician, I would be a:

I can't imagine living on this earth without being a musician, so I guess I can't give a good answer to this one.

Jesus, Buddha, & Memphis Minnie... because each of them have had such a profound influence on my life!

What is the meaning of life?

As far as I can tell, we are all just here to be kind to each other, love each other, and walk each other home... and while we're at it... we might as well play and enjoy wonderful music together!