Years before Aretha Franklin was crowned Queen of Soul, Ruth Brown reigned as the Original Queen of R&B. She achieved a distinct style, sassy and streetwise, which made her one of the more influential singers of her era. Ms. Brown sustained a career for six decades: first as a bright, bluesy singer who was called “the girl with a tear in her voice” and then, after some lean years, as the embodiment of an earthy, indomitable black woman. She had a life of hard work, hard luck, determination, audacity and style. Sometimes it was said that R&B stood as much for Ruth Brown as it did for rhythm and blues.

Ruth Brown was born Ruth Weston in Portsmouth, Virginia on January 12, 1928. Ruth began to sing at the local AME church where her father was the choir director. Her influences were Billie Holiday, Sarah Vaughan, and Dinah Washington. In 1945 she ran away with singer/trumpeter Jimmy Brown and they wed soon after.

The big-band leader Lucky Millinder heard her in Detroit late in 1946, hired her for his band and fired her in Washington, D.C. Stranded, she managed to find a club engagement at the Crystal Caverns. There, the disc jockey recommended her to friends at Atlantic Records. On the way to New York City, however, she was seriously injured in an automobile accident and hospitalized for most of a year; her legs, which were smashed, would be painful for the rest of her life. She stood on crutches in 1949 to record her first session for Atlantic, and the bluesy ballad “So Long” became a hit.

Throughout the 1950s, Ruth Brown churned out dozens of R&B hits, including her million-selling “Mama, He Treats Your Daughter Mean,” “5-10-15 Hours,” “Mambo Baby,” and “Teardrops From My Eyes.” Brown's two dozen hit records helped Atlantic Records secure its footing in the record industry, a track record for which the label was referred to as 'the House That Ruth Built'. She later crossed over into rock'n'roll with "Lucky Lips" and "This Little Girl's Gone Rockin'," a song she co-wrote with Bobby Darin.

Her hits ended soon after the 1960s began, after two- dozen R&B chart appearances for Atlantic that streak ended with "Don't Deceive Me." She lived on Long Island, raised her sons, worked as a teacher’s aide and a maid and was married for three years to a police officer. On weekends she sang club dates in the New York area, and she recorded an album in 1968 with the Thad Jones- Mel Lewis Big Band. Although her hits had supported Atlantic Records, she was unable at one point to afford a home telephone. She decided to lay low and slipped into a dormant period.

She was invited to Los Angeles in 1975 to play the gospel singer Mahalia Jackson in “Selma,” a musical about civil rights. She went on to sing in Las Vegas and continued a comeback that never ended. The television producer Norman Lear gave her a role in the sitcom “Hello, Larry.” She returned to New York City in 1982, appearing in Off Broadway productions including “StaggerLee,” and in 1985 she went to Paris to perform in the revue “Black and Blue,” rejoining it later for its Broadway run.

Ms. Brown began to speak out, onstage and in interviews, about the exploitative contracts musicians of her generation had signed. Many hit-making musicians had not recouped debts to their labels, according to record company accounting, and so were not receiving royalties at all. Shortly before Atlantic held a 40th-birthday concert at Madison Square Garden in 1988, the label agreed to waive debts for Ms. Brown and 35 other musicians of her era and to pay 20 years of retroactive royalties.

Atlantic also contributed nearly $2 million to start the Rhythm and Blues Foundation, which pushed other labels toward royalty reform and distributed millions of dollars directly to musicians in need, although it has struggled to sustain itself in recent years.

“Black and Blue” revitalized Ms. Brown’s recording career, on labels including Fantasy and Bullseye Blues. Her 1989 album “Blues on Broadway” won a Grammy Award for best jazz vocal performance, female. The albums theme is on standards from the 1920s that predated Brown's rise as a star in the '50s. For this date she is assisted by trumpeter Spanky Davis, tenorman Red Holloway, trombonist Britt Woodman, a rhythm section led by pianist/organist Bobby Forrester and alto sax man Hank Crawford.

She was a radio host on the public radio shows Harlem Hit Parade and BluesStage. In 1995 she released her autobiography, “Miss Rhythm” (Dutton), written with Andrew Yule; it won the Gleason Award for music journalism.

Ruth Brown remains, along with giants like Ray Charles, Big Joe Turner, Amos Milburn and Wynonie Harris as one of the undisputed architects of Rhythm & Blues. Her impressive credits include several million-selling hits, induction into the Rock n' Roll Hall of Fame (1993), a 1989 Grammy, 2 WC Handy Awards, a Tony Award (Black and Blue-1989), the Ralph Gleason Award for Music Journalism (1996 autobiography Miss Rhythm) and Pioneer Award from the Rhythm & Blues Foundation. In 2002 Ruth Brown was inducted into the Blues Foundation's Hall of Fame.

Black Is Brown And... 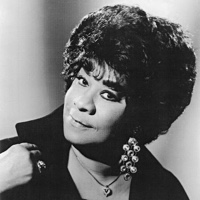 All About Jazz musician pages are maintained by musicians, publicists and trusted members like you. Interested? Tell us why you would like to improve the Ruth Brown musician page.