“The Soul Queen of New Orleans”

Irma Thomas first hit the charts in the 1950s as a teenager, today, she is hailed as the "Soul Queen of New Orleans." She continues to record well-produced albums of new material, and fills clubs and concert halls around the world. This is due both to her vaulting, churchy voice, and to her stage presence. Thomas radiates southern warmth, drawing audiences into her world and making them glad they came. She is completely at home onstage, and her manner has a casual ease and humor that is instantly engaging. Her sense of pacing and rhythmic inventive is the essence of soul. She can always find a surprising way to phrase against the pulse of the rhythm section, and the sheer emotional impact of her technique stamps her as a true product of the New Orleans music world.

Irma Thomas was born in Ponchatoula, Louisiana in 1941, but Irma Thomas's childhood was short-lived. She had her first child at age 14, and was a mother of four and twice divorced by the time she was 19. At age 16, while working as a cocktail waitress, she sat in one night with veteran New Orleans bandleader Tommy Ridgley and his band, the Untouchables. Ridgley was so impressed with the teenager's vocal talents that he didn't waste time getting her into the studio to record her first single, called "You Can Have My Husband But Please Don't Mess With My Man," which was released on Ron Records. The song eventually climbed to the Top 30 on the R&B chart.

At 23, Thomas was sent to Los Angeles to record for Imperial Records, which had acquired her contract. The resulting album, “Wish Someone Would Care,” was a hybrid of her roots in blues and soul and the West Coast pop sound.

On “Wish Someone Would Care,” Thomas recorded a version of "Time Is On My Side," which became her best- known song. The song was then quickly covered by the Rolling Stones, and gave the British band its first Top Ten hit. Thomas was so annoyed that the Stones's version overshadowed hers that, for years, she rarely performed the song. Singer Otis Redding also scored a hit in 1964 with Thomas's "Ruler of My Heart," which he re-wrote and called "Pain in My Heart."

Allen Toussaint recruited Thomas for Minit Records, where she clicked immediately with a saucy rendition of Ernie K-Doe’s “I Done Got Over It.” Toussaint wrote and produced material tailored to Irma’s talents, including the enduring tearjerker “It’s Raining,” which became a popular cover tune. Minit’s successes drew the attention of the Los Angeles- based Imperial Records, which picked up Thomas’ contract when it acquired the label. She wrote and recorded the dramatic “Wish Someone Would Care,” which became her first national hit. The flip side, “Breakaway,” was a New Orleans favorite that saturated local radio airplay in 1964.

Imperial tried other producer/songwriter combos attempting to cash in on Thomas’ prodigious talent. She recorded “Times Have Changed” and “He’s My Guy,”; “I’m Gonna Cry Till My Tears Run Dry” “The Hurt’s All Gone” and even tried a James Brown-produced answer song to “It’s A Man’s World,” “It’s A Man’s-Woman’s World” before leaving the label in 1966.

Thomas went on to record “Cheater Man” for Chess Records in 1967, and followed with “A Woman Will Do Wrong” and Otis Redding’s “Good to Me,” which hit the R&B charts in 1968. Hurricane Camille forced Thomas to relocate her family to California in 1969. She recorded for several labels before returning to New Orleans in 1976, where she made a few records before opening her own club, the Lion’s Den. Irma’s home cooking and intimate live performances at the Lion’s Den revived her legendary status in New Orleans in between tours of Europe, where her popularity never waned.

Thomas’ career enjoyed a revival in the United States in 1986 with the release of a great album on the Rounder Records label, “The New Rules,” which emphasized her vocal strengths by presenting her in classic, straight ahead R&B settings. Another strong record, “The Way I Feel,” followed in 1988, and by the time t “Live! Simply The Best,” came out in 1991 Thomas had regained her reputation as a treasure of soul music. The album earned Thomas a Grammy nomination and Rounder quickly followed it up with another studio set, “True Believer,” and then a 1993 return to her gospel roots with “Walk Around Heaven.”

Thomas continued to record for Rounder, releasing the outstanding “The Story of My Life,”(’97) before combining in 1998 with two of her most accomplished acolytes, Marcia Ball and Tracy Nelson, for the Grammy nominated “Sing It!”

In 2000, Thomas released. “My Heart's In Memphis: The Songs of Dan Penn,” featuring new Penn songs, and songs from his catalog. On the album, Thomas balances a strong vocal presence with the wisdom to let the songs speak for themselves.

In the aftermath of Katrina Thomas returned to the studio in 2006 for her first new album in six years, “After the Rain,” completed just a few days before her 65th birthday. Perhaps what is most impressive about this recording is that Irma Thomas is now at the very peak of her powers, delivering every song with resonating feeling, honesty and that amazing voice, 46 years after her first recording. We don't need a hurricane, thank you, to remind us that this is one cultural icon who is sounding better than ever.

In 2007, Irma Thomas won the Grammy for Best Contemporary Blues Album for "After The Rain," her first Grammy in an acclaimed career. 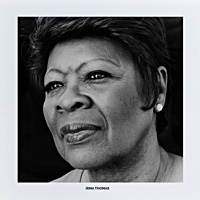 All About Jazz musician pages are maintained by musicians, publicists and trusted members like you. Interested? Tell us why you would like to improve the Elvis Costello musician page.