Allen Toussaint (born January 14, 1938) is an American musician, songwriter and record producer and one of the most influential figures in New Orleans R&B. Many of Toussaint's songs have become familiar through their numerous cover versions, including "Working in the Coalmine", "Ride Your Pony", "Brickyard Blues", "Get Out My Life Woman", and "Everything I Do Gonna Be Funky". In the early 1960s he wrote and produced a string of hits for New Orleans R&B artists such as Ernie K-Doe, Irma Thomas, Art and Aaron Neville, The Showmen, and Lee Dorsey. Some of his songs from this period were published under the pseudonym Naomi Neville ("Ruler of My Heart", recorded by Irma Thomas, is one example; the song would go on to be recorded by Otis Redding under the title "Pain in My Heart".) In the 1970s he switched gears to a funkier sound, writing and producing for The Meters, Dr John, and the Wild Tchoupitoulas Mardi Gras Indians tribe 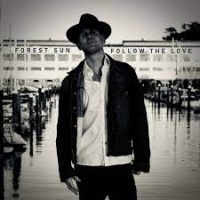 For all the attention garnered in recent years by the Avett Brothers, Mumford & Sons, the Lumineers, et.al., a raft of other Americana artists go largely unrecognized. The Felice Brothers top the list of the unsung nouveau folksters, but Kenny Roby and Forest Sun should be in that tally too: with the former's eponymous album and ...

The 50th Anniversary Deluxe Edition of The Doors' L.A. Woman is the fifth such package issued of the iconic band's catalog (the sole exception to the CD-plus-vinyl LP configuration is the corresponding anniversary edition of Strange Days (Elektra, 1967). And, like its predecessors, as well as other titles such as the audio and video configurations of ...

After a trio of albums with the WDR Big Band, funk legend Maceo Parker returns to the more familiar, small ensemble terrain. It can be a challenge for any artist whose natural turf is the live arena to reproduce the same electricity in a studio setting--and for almost six decades Parker has been a road animal ...