Maximize your visibility at All About Jazz by upgrading your musician page from standard to premium. With it, you'll receive All About Jazz home page exposure, a highly stylized / ad-free musician page with bonus features and benefits, an ad, plus you control where you sell your music and so much more.
Learn More
98 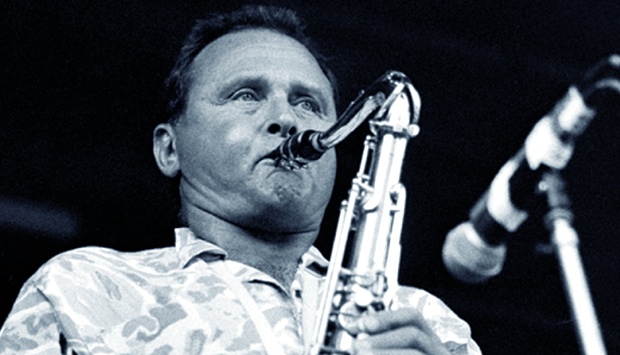 I play music for people. I don’t play for the masses. I play for one person at a time.

[The music that Stan Getz made over the years was consistently moving and powerful. But he was probably putting me on a little when he said he was going to "blow the walls down" in New York for a series of shows early in 1979. When someone gives you a headline like that, though, you go with it. He was a little more straightforward later in the interview when he said, "I'm a thoughtful player. I don't believe in blasting music."]

"Some people get into music because they want to become famous," says jazz tenor saxophonist Stan Getz, "and some want to get rich. All my life I've just wanted to play it. I never really set out to be a band leader. I was sort of catapulted into it by being on a record that made it and winning the Down Beat poll.

"You know why I play music? I play music for people. I don't play for the masses. I play for one person at time. And for me to play in New York City, for my people, makes me deliriously excited. I'm gonna blow the walls down for my people."

If his recent performances at the Bottom Line and Storytowne are any indication, Getz will have no problem with his promise to knock out the hometown folks this week at the Other End. But, come to think of it, Getz has almost always enraptured music fans, ever since that first big record, Early Autumn," recorded in 1948 when he was a member of the famous "Four Brothers" sax section of the Woody Herman band.

Getz has been nicknamed "The Sound" because of his pure, warm tone, and once dubbed "Stanley the Steamer" by pianist Oscar Peterson for his masterful technique and ability to swing. John Coltrane once remarked in admiration of Getz, "We'd all play like that if we could, " and Jimmy Carter has been quoted as saying "It's almost worth getting elected president to have a concert done for you by Stan Getz." In the history of the tenor saxophone, few innovators have been more melodically creative than Stan Getz. 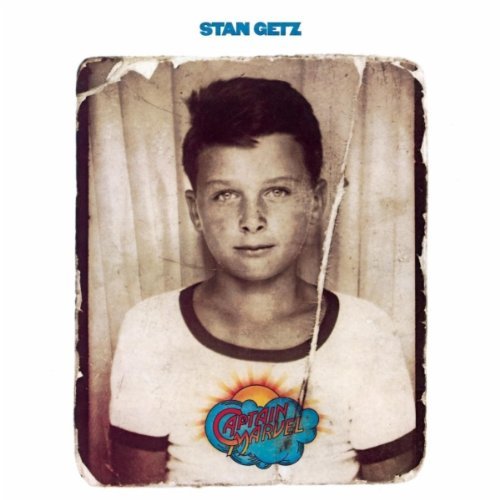 Getz had an early start in the music business; at 15 he was a member of Jack Teagarden's band. Teagarden served as a father figure in more ways than one—he was made Getz's official guardian when truancy officials tried to send Stan back to school. By the time he was 19, Getz had played with Phil Harris, Stan Kenton, Jimmy Dorsey, and Benny Goodman. Along with Teagarden, Goodman had a profound influence on Getz, but no one came closer to serving as his musical hero than the great tenor saxophonist Lester Young.

Regarded my many fans as the most outstanding tenor sax players of the 1950s, Getz seemed to have already reached his peak in the jazz world, when suddenly and surpassingly he hit it big with the general public again in the early '60s. With "The Girl from Ipanema," "Desafinado," and other bossa-nova tunes, his records sold millions—and it's said he single-handedly took MGM Records out of the red.

The past decade has been an important one for Getz, too. As Bob Blumenthal wrote in Rolling Stone, "He has acted as an unacknowledged godfather of crossover—both the Gary Burton Quartet and Chick Corea's Return to Forever germinated while their members worked in Getz's rhythm sections." Burton was featured on Getz Au Go Go and Getz/Gilberto #2; he and bassist Steve Swallow toured together with the saxophonist in the '60s. And Corea appeared on Getz's Captain Marvel, recorded in 1972, together with Stanley Clarke and Airto Moreira.

Getz has always managed to have an excellent back-up band. His 1977 album, Another World (Columbia), features Andy LaVerne on piano, Mike Richmond on bass, Billy Hart on drums, and Efrain Toro on percussion, and the recording includes original compositions by both Laverne and Richmond.

Jazz in the Aquarian Age: Aside from Another World, you've just finished recording another new album, this time with pianist and composer Lalo Schrifrin.

Stan Getz: Yes, and it's nice. It was done in 12 hours—eight tunes in 12 hours of recording time. Brand new music—the band hadn't seen any of it. Two of my men are on it, Andy Laverne and Victor Jones, my new drummer, plus synthesizers, two guitars, and a whole batter of percussionists. It really sounds like a big band. Some people may think that the record came out sounding slightly commercial, but it's so good musically that I don't feel I have egg on my face. I would never touch anything commercial. I'm just not built that way.

JAA: Of the records you have recently produced, Peacocks (Columbia), featuring Jimmy Rowles together with you, is a real standout.

SG: It was just one of those naturals that falls in to place. When you get guys like Jimmy Rowles, Buster Williams, and Philly Joe Jones, you can practically do no wrong. That whole record was done in two and a half hours. We just went in and that was it. To me there's something good about getting the first take, even if there are mistakes in it. There's a feeling of newness; it's fresh.

JAA: You've been very interested in improving the quality of recording wih your own work and with the artists you produce, and I hear that work is almost completed on the recording studio you're having built near your home.

We're going to have a conventional 24-track board, but besides that, we're also going to have a four-track board, and we will be using excellent microphones that are made in Denmark—they reproduce the music exactly. Four acoustic jazz and classical music, this four- track approach sounds a hundred times better than today's conventional recording technique. And the way we will be recording is truly better than direct-to-disk; I've compared.

JAA: Are you still using that digital-delay echo device you experimented with on Another World?

SG: I'm having a machine built to travel on the road. It will be made from a tape recorder that the German army uses aon field maneuvers, and it's indestructible.

I'm still going to use that device. I've only used it on the two records, and I tried it on the road, but I've had inferior machines.

JAA: With the use of multiple tracking, you achieved a similar sound with your work on Mickey One, the soundtrack for the Arthur Penn and Warren Beatty film, in 1965. Did that echo effect appeal to you then?

SG: Sure. If it's musical and it's interesting, I say, "Let it go down." But nothing false. That's not false—it's just three me's.

You know, that film was intended to be the greatest American art film since Citizen Kane. It's a shame, but it didn't quite come off.

JAA: Mickey One was one of the very first projects you got into after your long association with the bossa nova. It must have been a nice opportunity to get into something different.

SG: Well, most, most all of the bossa nova tunes I did play were very enjoyable musically. But I never played the biggest hit of them all, "The Girl from Ipanema," with my band. The chord changes of that song are the same as in "Exactly like You," the old jazz standard, and I just couldn't see playing "The Girl from Ipanema" without the vocal. The recorded version is a beautiful, lovely rendition. But I never played that with my band, because my band was a jazz band, and I would only play bossa nova if I could really swing on top of it. It's been years since that period, but people still ask me to play those tunes and get insulted when I don't. I try to make them understand that I ran out of gas on the damn thing.

JAA: Throughout your career you've always had a very individual style. When you first started making it on the jazz scene, though, you were often compared to Lester Young. How great was his influence on you? 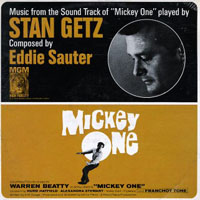 SG: There were other guys, but Lester was a huge influence on me. I remember the first time I met him. I was 18 and playing with Benny Goodman's band. I used to go over to hang out at 52nd Street, but nobody would let me sit in with their band. No one except for Ben Webster. He used to let me sit in with his quartet. And Prez heard me one night. When I came off the stage, he was in the back room. I was introduced to him, and I thought it was so nice to meet him because I thought he played so beautifully, so musically. His was a classic style. So I said to him, "It's an honor to meet you." And he said to me, "Nice eyes, Prez—carry on." He called me the "Prez."

JAA: You've been in the music business for a long time, yet you never seem to age. How do you do it?

SG: Love of music and love of life. I play what I want, and I've done all right with it. I've never really paid attention to what critics say about me. I've always gone in my own direction. Some critics just have something in their system. They have to take it out on certain artists. But I've never really cared much about what they have to say.

I'm a thoughtful player. I don't believe in blasting music. As a matter of fact, I listen mostly to classical music. There's not much jazz that turns me on. I'm a musician more than a frantic blower.

[For more on Stan Getz, there's an impressive amount of information on StanGetz.net , the saxophonist's official website organized by his daughter, Beverly Getz. In book form, there's Stan Getz: Nobody Else But Me (Backbeat, 2003), by Dave Gelly, and Stan Getz: A Life in Jazz (Harper, 1997), by David L. Maggin.] 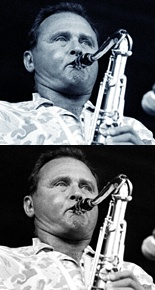