All About Jazz tracks how often an article is read, and the articles listed below represent our most popular in 2018. Interviews Leonardo Pavkovic: Nothing is Ordinary by Chris M. Slawecki Published: March 16, 2018 History of Jazz Monk's Trumpets by Matt ...

9
Article: What is Jazz?

When we think of jazz education, we might first think about what's developed at the college level and at music conservatories over the last fifty years or so, and then maybe consider how jazz instruction and jazz bands have flourished at the high school and middle school levels a little more recently. But beyond these settings, ... 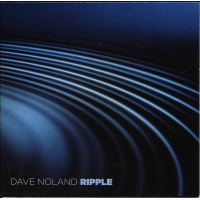 Ripple is Dave Noland's second album as a leader, a self-produced endeavor that follows the tenor saxophonist's 2007 recording for the Jazz Excursion label, Nomad. With a mix of four original tunes and three standards, Ripple showcases Noland's considerable talents as a composer, arranger, and improviser. Originally from San Angelo, Texas, Noland has been ...

Ed Palermo Big Band Featuring Napoleon Murphy Brock Iridium New York, NY January 8, 2016 You can just about always count on a number of things in any show by the Ed Palermo Big Band: the music of Frank Zappa; inventive arrangements, richly crafted; tight, stellar playing by the ensemble; a ...

Jon Batiste was named the bandleader of The Late Show with Stephen Colbert (related news). This interview was originally published in January 2013. Nearly everything about Jonathan Batiste is steeped in jny: New Orleans--from the way he talks, walks, and claps his hands to the way he plays the piano, composes, and leads his ...

Every once in a while, a couple of jazz musicians who've never played with each other before find themselves together on a bandstand, and something special really clicks. They just jell musically as if they've been playing together all their lives. Pianist Cava Menzies and trumpeter Nick Phillips experienced such an encounter not long ago, when ... 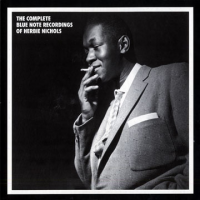