TRIO 3 (lake/workman/cyrille) comprises familiar faces on the European concert circuit. The group's earliest release was a concert appearance from the 1992 Swiss Willisau festival, and it has been making regular European tours ever since. Tonight Trio 3 appeared with Swiss pianist Irene Schweizer at Amsterdam's wonderful Bimhuis on the fourth date of a nine-venue European tour.

Each member has a storied back history boasting stints in some of the most influential and high profile avant jazz groups in the music. Bassist Reggie Workman's association with John Coltrane, drummer Andrew Cyrille's with Cecil Taylor, and saxophonist Oliver Lake's with the World Saxophone Quartet will be well known to AAJ readers. But each has also operated within the tradition, as did Cyrille with Mary Lou Williams and Workman with Gigi Gryce, Max Roach and Johnny Coles. The speaking voice in Lake's poem "Separation" memorably says "bring all my food at one time on the same plate" in reference to a desire to transcend boundaries and in his recognition of only "good" music. It could well be the credo for Trio 3 as a whole. 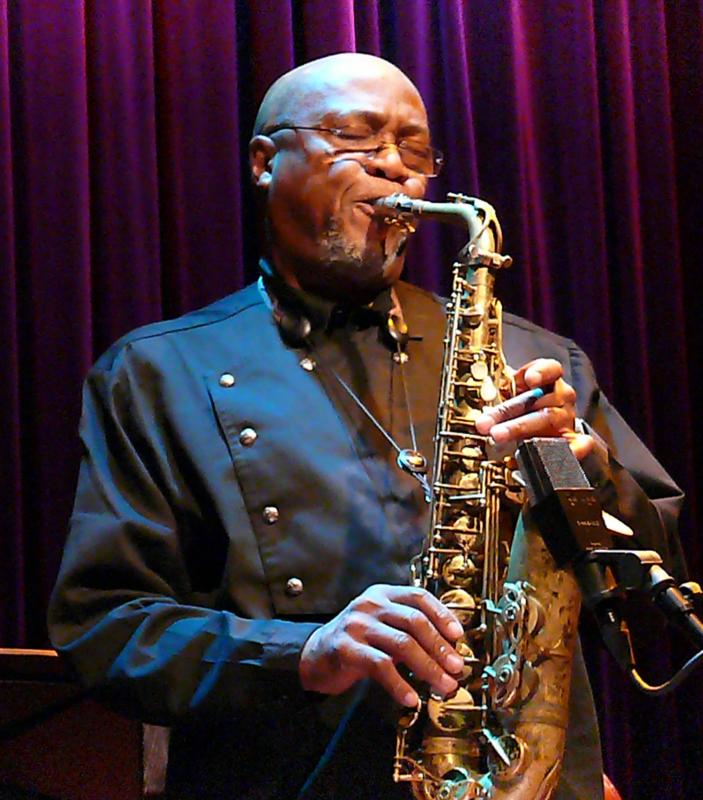 Schweizer's appearance with the group was intriguing. Although Trio 3 has shown an affinity for guest pianists, with previous encounters featuring Andrew Hill and Geri Allen, the Swiss pianist comes from a very different background. One of the first generation of European free players, Schweizer is perhaps best known for her contributions to the improvising collective Les Diaboliques, with Joëlle Léandre and Maggie Nichols, and her collaborations with Barry Guy's London Jazz Composers Orchestra. In fact, Cyrille's partnership with Schweizer dates back to at least 1988, though Trio 3 as a group first hooked up with her in 2007, perhaps a consequence of their shared tenure on the Swiss Intakt label. Two concerts at Zurich and Berne ensued, with the latter so successful that plans to record a studio date were abandoned and the concert performance released as the extraordinary Berne Concert (Intakt, 2009).

In spite of the challenge of integrating herself with three titanic personalities and, moreover, their strong group identity, Schweizer slotted into Trio 3 as if she had always belonged. Together they navigated twelve pieces, including an encore, in a well-paced and varied program totaling some 100 minutes over two sets. Democratic intent was signaled by a band book of distinctive and stretching compositions from the pens of all three constituent members, one of the numbers even credited to the pianist. 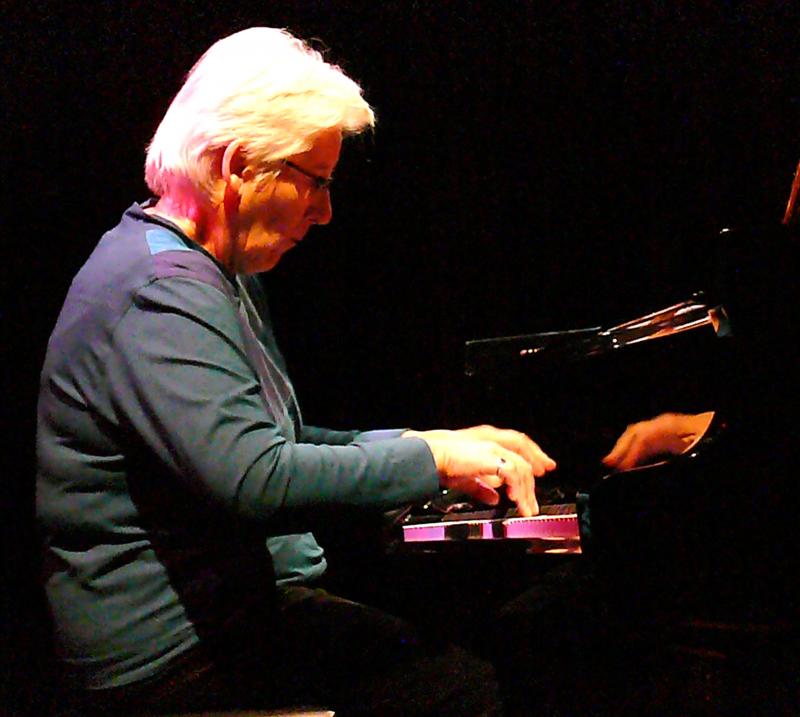 Leaping in at full tilt, a spirited rendition of Lake's "Float," which also opens the Berne CD, made for an uncompromising start to the first set. As the brisk theme quickly gave way to an enthralling four way improvisation, Lake added a vocalized edge to his sour-sweet alto saxophone, while Workman plied contrapuntal lines against Schweizer's stiff-fingered jabs, all over Cyrille's constant polyrhythmic rumble. All the factors which combine to make Trio 3 such a cohesive collective were in evidence: an elastic approach to time; an asymmetrical approach to sound whereby timbre and texture are the equal of harmonic consonance; and the depth of what was extemporaneous, seat-of-the-pants interplay among the three—or in this case, four musicians.

At their best they entirely subverted the sound and approach normally expected from a saxophone-plus-rhythm section configuration. Their version of "Encounter," by late clarinetist John Carter, which came midway through the first set, was instructive. It provided a marked contrast to the relatively straightforward reading given the tune when it first appeared in their repertoire as the title track on Encounter (Passin' Thru Records, 2000). Initially the defining riff was almost inaudible, but Workman gradually increased the volume and intensity. Schweizer added a locomotive piano counter riff, then Cyrille clip-clopped on the shells of his drums, creating a shifting backcloth of multiple tempos, over which Lake parlayed the slow spare alto theme. By the time the reedman's squealing interlude had ended, the whole band was dealing in semi-abstraction, with Workman having left the riff long ago to keep in touch with Cyrille's free pulse and Schweizer's fragmented lines. Only towards the end did Workman return to the riff prior to a gradual descent into silence.

An impromptu duet between Workman and Schweizer began what was one of the highlights of the first set. Both paid close attention to the other. Workman supplemented his inventive bass work with chimes to echo the pianist's tolling patterns, while she extended her palette by not only clapping but also plucking inside the piano, rattling on the strings, bending notes and hitting the strings with the palm of her hand.

As they finished their duet, Schweizer uncovered a rolling barrelhouse ostinato to summon the other two back onstage. Hastily installed behind his kit, Cyrille came in swinging on cymbals, and Lake recounted a melody over Schweizer's blues-tinged backing. Against expectations, the pianist's solo was uncharacteristically inside, carefully attending to the harmonic progression while the rhythm section smoothly marked time. Towards the end Cyrille elegantly traded solo breaks with the band, making each one a feature for different parts of his kit: first crisp attack, then clattering drum rims, then snare rolls interspersed with strokes on toms. In one of the intervening band interludes, Lake in a neat touch echoed one of the drummer's staccato motifs. Further attention to detail was in evidence at the end as Workman, setting aside his bass, struck notes on chimes in his desire to add just the right texture to the finale. 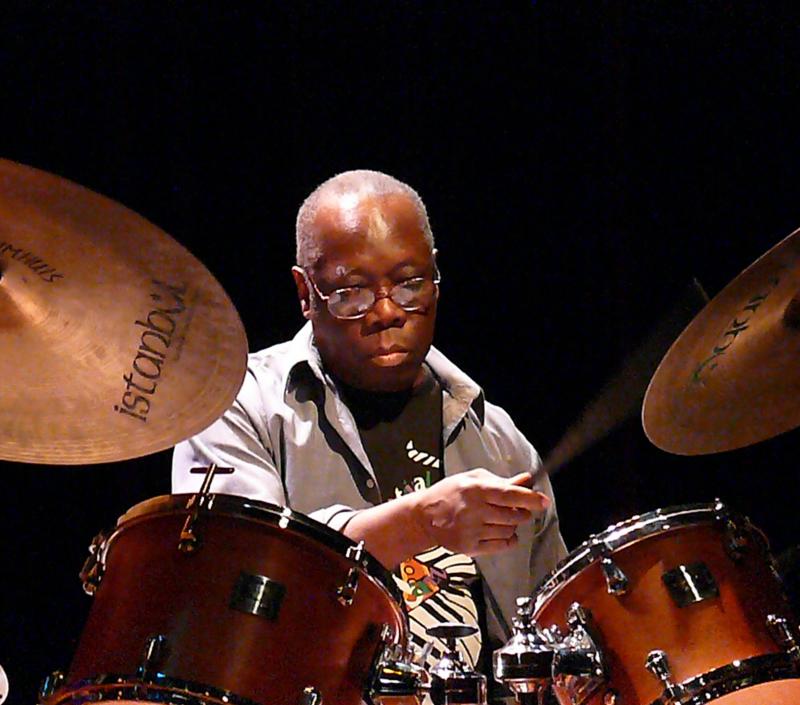 Each of the constituent members proved unostentatiously yet unequivocally masterful. Lake, who fronted the band and made all the announcements, proved a fiery focal point, typically alternating gruff vocalized excursions with tuneful phrases. Even his melodic lines were colored with distorted interpolations. Eric Dolphy's "Gazzelloni" inspired a particularly fine solo, the saxophonist's long runs and false-fingered grace notes dancing around the theme. He hoarsely repeated phrases with terminal honks, betraying his excitement by his lifting his left leg, as if to help reach particularly chewy notes. Lake, who played curved soprano as well as his regular alto, never settled for the comfortable option. An a cappella introduction to one piece in the second set was replete with squeals, and exploited the physicality of keypads, levers and mechanism almost as integral with the solo between bittersweet falsetto cries.

Tempting though it was to set up a hypothesis whereby Schweizer took Trio 3 further out than some of the other pianists they've partnered, the evidence of her playing didn't bear out such an interpretation. She often sounded much more conventional than her recorded history might lead the listener to expect, notwithstanding a pervasive exaggerated Monkish dissonance. Of course there were still plenty of outside, avantish moments during which Schweizer's clusters, cellular motifs and spiky runs provided some freedom from the tyranny of the tempered instrument. As well as adjusting to the group aesthetic, Schweizer also chose carefully when to play and when to sit out, often hovering over the keys waiting for the right moment.

Workman looked serene throughout, whether ad-libbing on a riff, providing incisive counterpoint or adding textures with toys and whistles for unusual effect. When soloing, he tapped time with his foot, while cavorting around, behind and ahead of the beat. His technique appeared effortless and unforced, from booming bent notes with fingers sliding all the way down the fingerboard to languidly smiting his strings with one finger. Whatever he did sounded just right. 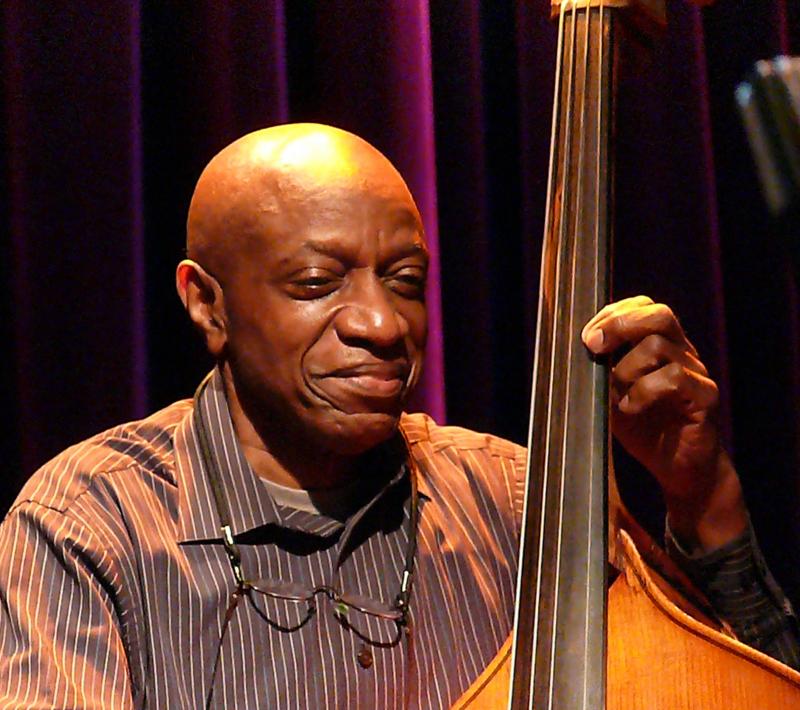 Sometimes a showman, tonight Cyrille was an uncompromising but controlled presence, moving from keeping time to a pulsing polyrhythmic wall of sound. But he still found sufficient space to be responsive to the others, whether echoing Schweizer's hammered crescendo on his kit or enveloping Lake's upper register shrieks in splashing cymbals. Such accomplished listening was another defining group characteristic.

Other than the beautifully melodic opening drum solo, Cyrille's "Aubade" was the antithesis of a drummer-penned piece. Following the incremental dancing theme, the band plunged into a passage of delicious suspended time stretched so taut that it almost, but never quite, collapsed. Lake pattered and popped his keypad and blurted harmonic overtones, Schweizer dampened the strings with her hand while chording, Cyrille essayed spare taps, while Workman swiped his bow below the bridge of his bass to produce an eerie vocalized tone. There was barely a hint of rhythm, but each gesture assumed greater import due to the silence surrounding it, in what was one of the second set's highlights.

At the close of the second set, prolonged applause was needed to tempt the quartet back on stage for an urgent powerful performance of the choppy funky "Hasan," first heard on Lake's classic Holding Together (Black Saint, 1976) and used in a variety of settings since. It acted as a fitting summation of a fine evening's music, testament to a fertile meeting of four keen musical intellects surely meriting further documentation, the sooner the better.