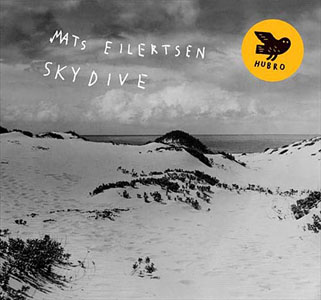 It's significant that, in the personnel listing to SkyDive, Mats Eilertsen lists himself last, despite having composed all its nine tracks, put the group together and produced the recording. It's a simple truth about a humble Norwegian bassist who has, in the past decade or so, been gaining considerable traction, as a co-founding member of the cooperative group The Source, responsible for a number of recordings including the eponymous 2006 recording on Germany's legendary ECM. He's also been a charter member of the Anglo-Norwegian improvising collective Food, and participated in ECM recordings by guitarist Jacob Young, (2004's Evening Falls), pianist Wolfert Brederode (2011's Post Scriptum), and pianist Tord Gustavsen (2009's Restored, Returned). Quietly, his open ears, even more open mind and the expansive technique to translate it all in the most intimate possible terms, have clearly made him bassist of choice for an increasing number of musicians, spanning the broadest spectrum of jazz and beyond,

Eilertsen's own discography has been growing slowly but consistently, his last release, Elegy (Hubro, 2010), stretching the boundaries of the conventional piano trio. SkyDive returns to the more structured environs of Radio Yonder (Hubro, 2009), reuniting the same group that also gave a brief but impressive afternoon performance at Jazzahead 2011, in Bremen, Germany, but here expanding to a quintet with the addition of Alexi Tuomarila—an increasingly high profile Finnish pianist who, along with fellow Fin/SkyDive drummer Olavi Louhivouri, has been making waves with Polish trumpeter Tomasz Stanko and Dark Eyes (ECM, 2010). 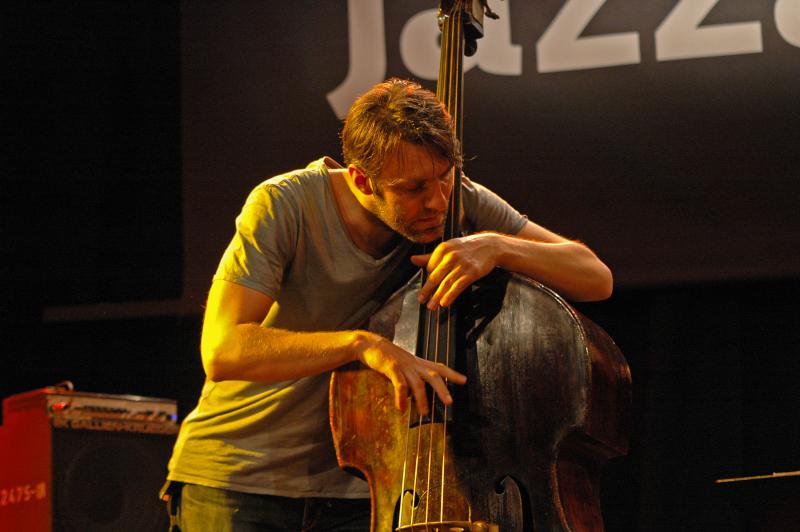 
Eilertsen has clearly learned some valuable lessons from his ECM experiences. Recorded at Oslo's Rainbow Studio, with Jan Erik Kongshaug engineering—one of the label's studio and engineer combos of choice—SkyDive possesses similar sonic transparency and attention to space and detail , leaning musically towards the kind of contemporary lyricism demonstrated by label mates including saxophonist Tore Brunborg, whose contributions here mirror the spare elegance of his 2010 work on pianist Ketil Bjornstad's Remembrance and drummer Manu Katche's Third Round . Unlike ECM, however, Hubro may be a smaller upstart label, but it has given Eilertsen a latitude he'd likely be hard-pressed to achieve with the larger label: the freedom to release a new record every year.

If the emphasis here is on structured songs with accessible grooves and easy-on-the-ears melodies, the compositional depth, and the playing of everyone involved, makes it an album with plenty of appeal without compromise or sacrifice. And if there's a talent deserving wider recognition in the bunch, it's guitarist Thomas Dahl, whose blend of Bill Frisellian idiosyncrasy with effortless Pat Methenyesque melodism, but with a grit, edge and virtuosity all his own, make him someone to watch—and watch closely.

But singling out Dahl is like finding a superlative that transcends "best"; everyone's performances are unerring in the perfection of their choices and unrelenting in their clear achievement of a collective voice that transcends individual contribution. Whether it's on the incendiary, ostinato-driven "The Void," where Dahl's jagged, occasionally feedback-driven sonics are matched by Louhivouri's fiery interplay, the folkloric "Splendor," where Tuomarila's solo winds through Eilertsen's changes with painstaking accuracy, or the tribal pulse of "The Old Oak," where Brunborg's post-Jan Garbarek attention to the purity of every note still remains unmistakably his own, SkyDive is a record that, once put on—whether it's CD or vinyl, being available in both formats—becomes increasingly difficult to take off. 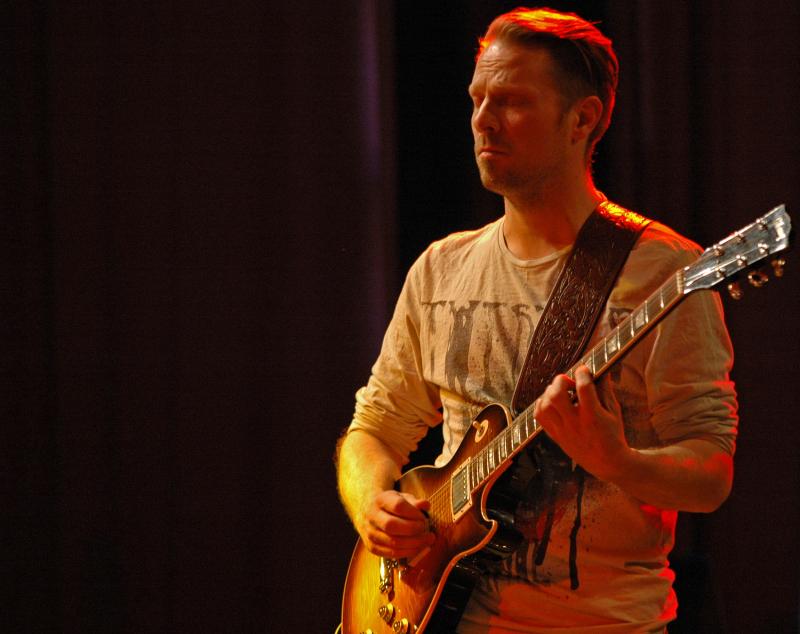 
In keeping with placing everyone else's credits before his own, Eilertsen solos rarely, but his ability to create anchored interaction—as much a melodic foil as his band mates while, like them, ensuring that the needs to the song remain paramount—makes even the simplest contribution not just essential, but irreplaceable. Still, on the title track, his fragile bowing is featured—rich in harmonics and spare in articulation, it's as undeniable as the robust pizzicato he reverts to later in the song and for most of the 50-minute set. SkyDive may not be his first recording as a leader, but if it's a first encounter then it's a superb entry point into a discography that, in its unassuming selflessness, does just the opposite, and brings increasing attention to a leader whose acumen as a performer is matched by his ability to write music that's deceptive in its apparent simplicity, and his skill in putting together bands with just the right players to meet his vision of the moment.