Emmanuel 'Manu' Katche was born in St Maur des Fossés, near Paris, in 1958, though his family roots go back to Africa's Ivory Coast. He studied piano from the age of 5, switching to drums at 14 and studying classical percussion at the Conservatoire National Supérieure de Musique de Paris. He has often said that his drum style is essentially an amalgam of African rhythm concepts and classical drumming, illuminated by the in-the-moment interaction of jazz. "When I play jazz I get called a 'rock drummer'. When I do rock projects, critics write about 'the jazz drummer Manu Katché'. But I'm just being myself, trying to be innovative as the music is played, and I guess that is more of a 'jazz' attitude." Music on ECM had been one of Katché's teenage inspirations: "I heard my first ECM album when I was about fifteen, and I remember I was amazed by the sound and by the way the music was played: big and bold but with a lot of respect for silence and a real musical balance between the instruments...." He was to arrive at the label by an indirect route, however

Composer and pianist Yelena Eckemoff's Colors (L&H Production, 2019) was a duet with drummer Manu Katché, a unique instrumentation in her ever-growing list of works. His contributions were so singular that when she had an opportunity to celebrate the album release by playing the music live at KITO in Bremen, Germany in 2019, and he could ...

Mathias Eick: When We Leave 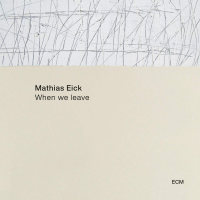 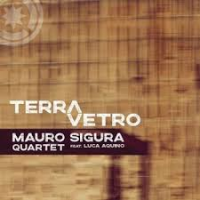 Although the Italian oud player and composer Mauro Sigura bills his band as a world-jazz group which combines traditional Ottoman-Mediterranean music with modern European jazz, the band's sophomore album is not full-on, capped-up World Jazz in the manner of, say, fellow oudist Anouar Brahem's Blue Maqams (ECM, 2017). That album, made with double bassist Dave Holland, ...