Manu Katché's tenth album as a leader, the ScOpe encompasses modern and ancient music, tribal and global music, and illustrates why he is not only one of the world's best drummers, but much more. Katché entered the Paris Conservatory as a pianist but switched to percussion as his studies progressed; his mature style eventually incorporated his French and African roots into this classical training. the scOpe emphasizes the melodic nature, alongside the rhythmic and percussive nature, of Katché's ... 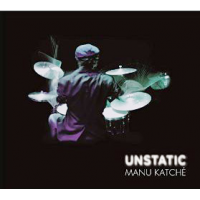 Drummer Manu Katché's career has been a long, circuitous one that began in rock, working for an extended period with Peter Gabriel, Sting and Joni Mitchell. In the cases of Sting and Mitchell, there was a jazz sensibility present in much of their work. Simultaneously, Katché's work on the ECM label was taking shape as he appeared on a number of Jan Garbarek albums. The drummer's own ECM leader debut, Neighbourhood (2005), was well received and the first of a ... 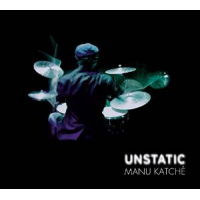 French drummer Manu Katche always seemed something of an odd man at ECM Records on his four solo discs--warm, groove-centric, gregarious sets competing with the Nordic cool of Tord Gustavsen, or the thoughtful melancholy of trumpeter Tomas Stanko and pianist Marcin Wasilewski. And--like few artists in the ECM stable--he crossed successfully into the rock world via work with Peter Gabriel, Sting, Robbie Robertson and many more. So it's not a surprise to find him on Unstatic (Anteprima Productions) ... 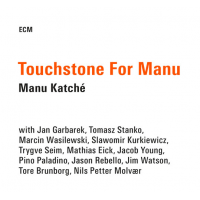 With only four records released as a leader on ECM, it may seem a little early to release a “best of" disc for drummer Manu Katché. But having since moved on to fellow German label ACT for Live in Concert, while Touchstone for Manu is only being released in North America in the summer of 2015, it may also seem a bit odd that this compilation--culled from 2005's Neighbourhood, 2007's Playground, 2010's Third Round and 2012's simply titled Manu Katché--was ... 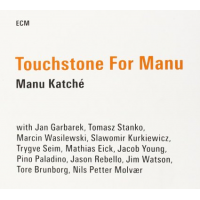 Drummer Manu Katché found the spotlight supplying the groove to recordings by rock artists Peter Gabriel and Sting, then to jazz artists Jan Garbarek and Herbie Hancock. His four ECM recordings as leader showed him to be an accomplished composer and bandleader as well. Now that he has apparently left the label, Touchstone for Manu is a specially-priced compilation that gives roughly equal weight to each of those sessions. The style is basically acoustic jazz, with rock grooves ...

Manu Katché: The Colors I See

Manu Katché is one of those few names familiar to a large audience of quite different musical orientations. Along his career he has played with some of the most representative pop, rock, country, jazz--and even classical--musicians. Katché's immense adaptability and emulative spirit, together with the harmonic roundness of tone on his instrument, make him to an outstanding presence on the world's musical scene. His most recent album Manu Katché (ECM, 2012), comes to illustrate the stylistic accuracy, musical fluency, and ... 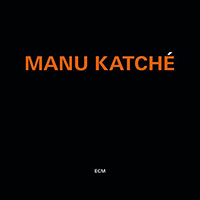 A celebrated session drummer and solo artist, Manu Katche's infamous method of crafting a backbeat may parallel the lyrical, dancelike aura for which late jazz drummer Paul Motian was noted. However, Katche's jazz roots are largely evident via his small group formats for ECM Records. On this self-titled release comprised of a multinational quartet, rock-solid pulses, richly melodic content and resounding storylines exquisitely coalesce. But the differentiator lies within Katche's enthralling compositions, sheened by the breathy, wide-open ECM soundscape aura. ...