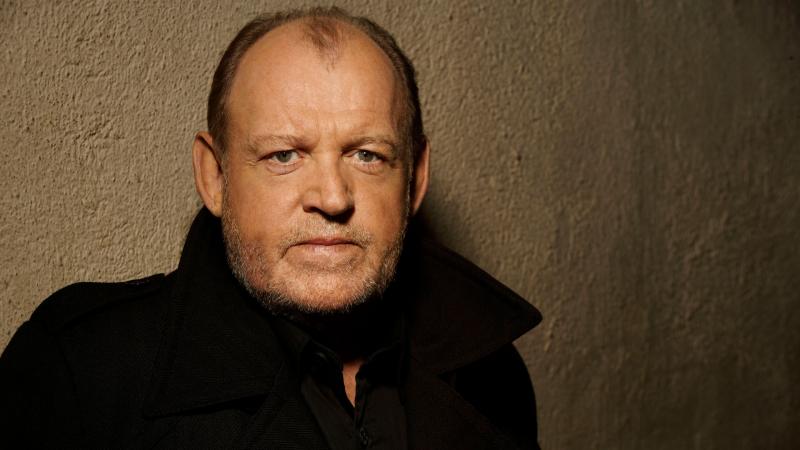 By C. Michael Bailey
December 25, 2014
Sign in to view read count
For all of the boasting that the United States can do being the birthplace of every major popular music genre since 1920, the United States cannot claim the credit for the widespread popularization of this music. That honor goes to Europe, and more specifically, the United Kingdom, who more than any other country, forced the United States to fully appreciate her musical fruits. It was the institutional racism endemic in the United States that prevented artists like Ray Charles, Solomon Burke, Otis Redding, Sam Cooke and Jackie Wilson from having their justifiable place in American History early on. It took the "British Invasion" spoon feeding white, middle-class teenagers to introduce America properly to its music royalty.

In the early 1970s, this writer was just such a pimply-faced, Southern teenager, who upon hearing Mad Dogs and Englishmen (A&M, 1970) at his cousin's house, was introduced to the aforementioned artists without realizing it. For a generation, the "blues" was best represented by Cream, Eric Burdon and the Animals, and John Mayall and the Bluesbreakers. It took the blues revival of the 1960s and '70s to inform us where the blues really came from. The same is true for Joe Cocker. Cocker re-introduced white America to Rhythm & Blues and Soul, music that already existed but was otherwise widely disseminated. Cocker did this in a way that almost reinvented the genre without homogenization or dilution, as happened with many other similar attempts. He did the same with the rock music of the day being written and performed by his peers like the Beatles and Rolling Stones in equal measure. Cocker's place in rock history stands on his being the greatest interpreter of popular rock song. In that, he has no peer.

Born in Sheffield, May 20, 1944, John Robert "Joe" Cocker began singing early, at age 12. He began performing professionally under the name Vance Arnold, performing covers of Chuck Berry and Ray Charles. In 1966, he teamed up with another Sheffield native, Chris Stainton, eventually forming The Grease Band, named for the earthy quality of the soul jazz of Jimmy Smith as described by the organist. In 1969, Cocker released two LPs on A&M Records, With a Little Help From My Friends and Joe Cocker! and appeared at Woodstock, cementing his reputation as a song stylist and interpreter. His interpretations of "With a Little Help from My Friends" and "She Came in Through the Bathroom Window" are considered definitive.

The new decade of the 1970s dawned with Cocker touring in promotion of Joe Cocker! which parlayed into the 48-city Mad Dogs and Englishmen tour and its subsequent concert film and soundtrack. The rock and roll life plagued Cocker throughout the 1970s, but he still scored big with Billy Preston's "You are so Beautiful." He continued to record with modest success, popping into the limelight with pieces like "Up Where We Belong" his duet with Jennifer Warnes for the soundtrack of the 1982 move An Officer and a Gentleman (Paramount) and a scortching "You Can Leave Your Hat On" for the movie 9&1/2 Weeks (MGM, 1986).

Cocker remained a popular draw for the next 30 years, eventually moving to America and establishing the Mad Dog Rance in Colorado, where he administered the Cocker Kids Foundation, a non-profit, community supported foundation dedicated to supporting and aiding area youth up to the age of 21 in areas of education, recreation, the arts and athletics. Cocker passed away from lung cancer, Monday, December 22, 2014. He is survived by his wife, Pam, of Crawford; his brother Victor Cocker of Norfolk, England; his step daughter, Zoey Schroeder of Stevenson Ranch, CA and two grandchildren, Eva & Simon Schroeder.

A song stylist not unlike Frank Sinatra (go with me here), Cocker had the ability to own the songs he interpreted. He proved the definitive interpreter of Randy Newman, notably recording "Guilty" from I Can Stand a Little Rain (A&M, 1974)), "I Think it's Going to Rain Today" and Lucinda" from Jamaica Say You Will (A&M, 1975) (Cocker was also a great interpreter of Jackson Browne) and "Sail Away" from Organic (550 Music, 1996), among others. Cocker's unique voice set him apart from other singers, a soulful mossy brogue from in industrial North England. Widely parodied for his unusual singing style and stage presence, Cocker, nevertheless remained revered among singers.

Joe Cocker existed as a musical ambassador who demonstrated the grace and beauty of a variety of music, always reminding this listener that there is much more to the stories of the music he sang than his singing them. It was a double dose of good when Cocker covered Ray Charles or Marvin Gaye or Leon Russell (for whom he was also a definitive interpreter) or Leonard Cohen or John Fogerty or anyone he chose to cover. His voice is to popular song as the Berlin Philharmonic orchestra is to Beethoven...that talent that had to be waited on to appear for the proper placement of the music. Always the music.