A buzz of anticipation gripped a full house at the Vortex for the London debut of the Profound Sound Trio—a collective of British reedman Paul Dunmall and a heavyweight rhythm section of Andrew Cyrille on drums and Henry Grimes on bass. Their genesis as a trio came in 2006 when Grimes traveled to England and linked up with Dunmall on the recommendation of sometime AAJ writer, Marc Medwin. Upon recognising kindred spirits, they extended their collaboration, adding Cyrille for an appearance at New York City's prestigious Vision Festival in 2008. Such was the success of that occasion that it spawned the release of the concert recording as Opus de Life (Porter Records, 2008) and a subsequent appearance later that year at the Cheltenham Festival. In recognition that further exploration of the fertile possibilities inherent in the collective was merited, Birmingham Jazz organized a UK tour of which this was the third night of seven. 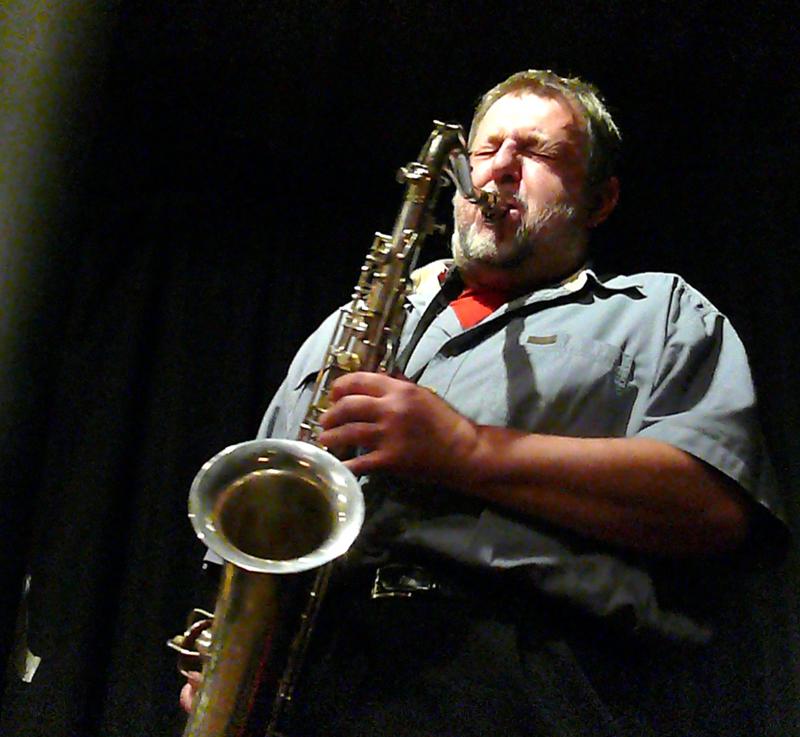 Each constituent part of the trio is a master in his own right. A regular fixture at the Vortex, Dunmall is rightly recognized as one the top European reed players, with a burgeoning global reputation. Notwithstanding youthful stints with Alice Coltrane and [[Johnny "Guitar" Watson}} the reedman first came to prominence as part of Barry Guy's London Jazz Composers Orchestra and the improvising collective Mujician, alongside pianist Keith Tippett. But he also pushes himself in a bewildering variety of settings, many of them documented on his own Duns Limited Edition label, and he can be heard on over 130 releases.

Cyrille is among the very cream of free jazz percussionists, having worked with a stellar range of jazz artists including Muhal Richard Abrams, Coleman Hawkins, David Murray, Mal Waldron and Mary Lou Williams. Best known for his 11-year tenure with Cecil Taylor from 1964, the drummer also organized several percussion ensembles like Dialogue of the Drums and Pieces of Time thereafter. Currently a faculty member of the New School University in his home town of New York City, Cyrille is also active with another great collective, TRIO 3 (lake/workman/cyrille) with Oliver Lake and Reggie Workman, touring with them as recently as October. 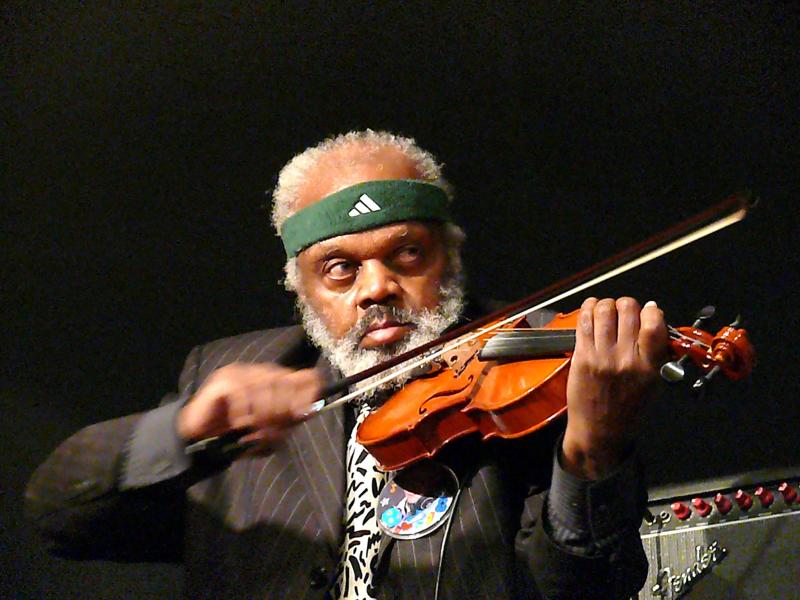 Grimes has been making up for lost time following his legendary return to music in 2003, following a 35-year hiatus. Before vanishing from sight he had been bassist of choice for a veritable who's who of talent including Albert Ayler, Don Cherry, Sonny Rollins and Cecil Taylor. Since, his active touring schedule has seen countless collaborations with all the present day free jazz aristocracy including William Parker, Rashied Ali, Marshall Allen, and Kidd Jordan.

But while the individual parts are top notch, it is the quality of their interactions which sets the Profound Sound Trio apart. In a departure from the normal Vortex format, tonight's performance consisted of one long set rather than two shorter ones. Consequently the audience was treated to some 80 unbroken minutes of free jazz heaven, including a ten-minute encore. While not so urgently raw as their inaugural gig at the Vision Festival, a longer time in each other's company has allowed them to develop a real rapport, and the same abiding characteristic still holds true: cohesive extended structures fashioned in the moment, a testament to their years of experience and deep listening skills.

A measured start set the template for the whole concert. First Grimes fired several bursts of throbbing pizzicato bass, then stopped. Cyrille and Dunmall responded with a brief, considered duet before giving way to Grimes again. The bassist held forth once more, then yielded for some Coltranesque tenor saxophone from Dunmall, followed by a clattering percussive statement from Cyrille. Gradually all three began to inhabit the same space and without warning were suddenly in full spate.

At first Dunmall sprayed filigrees of melody over a buoyant pulsing rhythm, but before long the reedman started to run his sentences together, with a hint of a shriek followed by more melodic exposition in a wonderful solo full of expression, invention and color. Bending at the knees, he repeated an ascending figure and veered into Coltrane-testifying rapturous territory. It was a volcanic outpouring and an opening statement of great power. That introductory promise was more than fulfilled by what followed.

How adeptly each responded to the others governed how they managed the transitions, resulting in an almost organic evolution between solos, duos and trios. So when Grimes decided to lay down his bass in favor of his violin, Dunmall and Cyrille instantly took this as a signal to close that opening section, leaving Grimes bowing a vocalized amplified squawk for a winning contrast in dynamics and texture. Similarly, when Grimes later switched from fast walking pizzicato bass to wield his bow, straight away Cyrille responded by ceasing his cymbal splashes and instead introducing martial cadences struck on the rim and head of his snare drum. 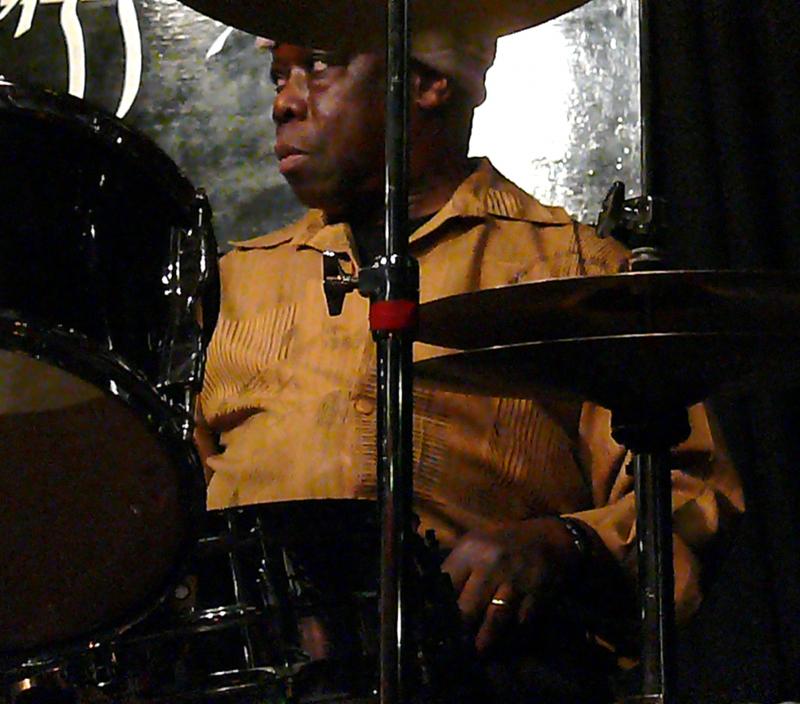 Cyrille is surely one of the most musically eloquent of drummers. His supportive rhythmic patterns involved tuned toms providing an enthralling undercurrent, while his solo spots were typically untypical. In one he started with shimmering cymbal textures, dampening them with his hand when he no longer wanted the resonance, before mounting a galloping rhythm with melodic accents, reminiscent of his Art Blakey homage "Tribute To Bu." Suddenly he left his kit to continue the tattoo first on the leather of the drum stool, then its metal stand, before moving onto one of the Vortex' structural metal columns. Returning to the drums for a brief flurry he brought the solo to a close with a heavy exhalation, once again demonstrating the breadth of his imagination.

Dunmall occasionally veered into overblown cries, but was generally very restrained in going for the typical free jazz default modes. The hornman had the chance to show his chops in an soprano saxophone as well as his tenor. After opening bleats and mewls from the straight horn, Cyrille unleashed a whirlwind of intensity, until over roiling drums and bass, Dunmall cut loose with serpentine soprano lines spewing from his saxophone. Not normally given to quotations, suddenly amid the mayhem he fleetingly unleashed a few bars of Charlie Parker's "Now's The Time," almost as if he had momentarily chanced upon it while tuning some cosmic radio dial. As quickly as it came, it was gone as the reedman moved into a sequence of staccato bursts, then a passage like a flock of birds chirruping inside a bell, in another amazing extended solo which had the audience whooping with excitement.

Grimes was a revelation this evening, making clear the connection between his '60s playing and his more recent stream-of-consciousness style in a way that hasn't always been obvious. While the unceasing flow of rhythmic and melodic invention was there as usual, it was supplemented with judicious use of space, passages of propulsive walking bass and even the occasional riff. This trio might just be the best outlet yet for his talents.

Grimes' violin also contributed to the wide variety of moods and textures. Following a Cyrille solo, Dunmall and Grimes picked up the thread, on clarinet and violin respectively, for a playful duet replete with hyper-accelerated call and response. Later came a chase, then fragmentation with soaring violin and clarinet rocketing into the stratosphere. Cyrille was poised to join but waited as the invention continued unabated, until Dunmall slid his fingers across the keypads producing deliciously slurred notes and Grimes set down his violin. Once again the canny organization of the trio's resources made for a deeply satisfying free jazz experience.

Towards the end, Cyrille and Grimes engaged in a spare duet as Dunmall changed a reed on his tenor saxophone. When the reedman joined it was to pick up on a two-note motif earlier touched on by Cyrille and now hinted at by Grimes in his measured walking. Dunmall told a story through his horn, even recalling Sonny Rollins in his extemporized swing punctuated by gruff blurts. Cyrille played a jaunty time, leaving pockets of space through which Dunmall could navigate. Gradually the space filled until Dunmall's tenor was ricocheting off the dense rhythmic surface. Cyrille fanned the flames from Dunmall's flamethrower, until their inferno subsided to reveal Grimes plying a catchy riff which both instantly leapt onto for a breathy decrescendo to leave just the bassist continuing the riff which he brought to an elegant conclusion. What an ending. 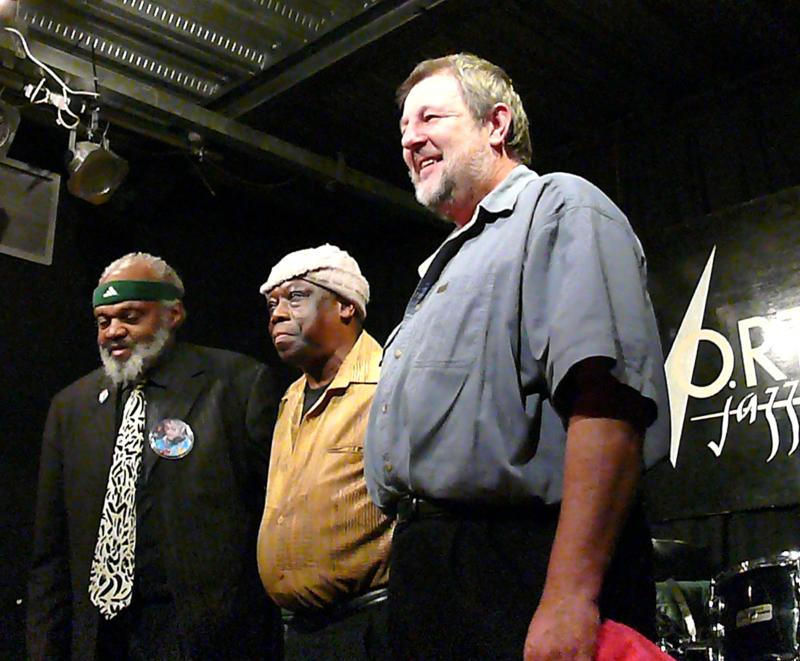 Of course there just had to be an encore and after the tumultuous applause we were treated to a ten minute burst of slurred soprano and nuanced timekeeping from Cyrille with Grimes walking his bass and Dunmall teasing out sinuous variations. You could almost sense the ghosts of the free jazz ancestors huddled around the stage bestowing their blessings.