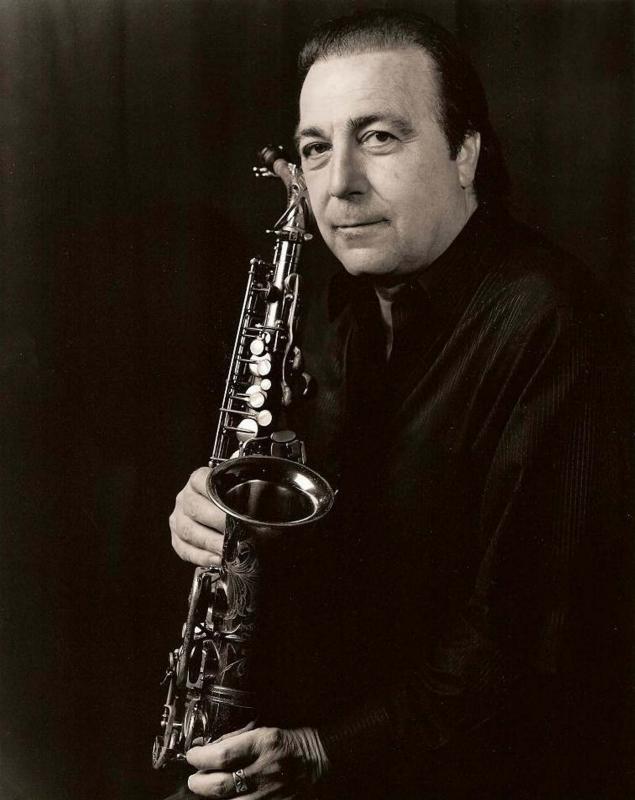 Only about 10 minutes late for a lunchtime interview with saxophonist Greg Abate, driving up to the restaurant he's clearly visible, standing by the door looking at his watch and scanning the parking lot with a slightly anxious expression on his face. Unlike some of the other famous and infamous players of bebop and jazz, Abate is very punctual. It's a habit he's picked up through the years of playing the music he loves and managing an often dauntingly complicated career touring the world. Abate is one of today's definitive bebop players, respected by audiences and musicians alike. As such, he works venues from concert stages and stadiums to small, out-of-the-way clubs in foreign countries. Sometimes he puts together a quartet or quintet of his favorite musicians for specific gigs, and other times he simply shows up at a gig and works with the musicians that have been provided.

Abate is one of the most respected jazz players of his ilk. He plays a lot of gigs around New England and in his home state, Rhode Island. And what has always been impressive about him is that, unlike so many other talented jazz players, he only plays his kind of music. Classic bebop jazz. He doesn't play very many weddings or dances, but even when he does, he only plays bebop—tunes and solos right out of the classic Charlie Parker lexicon—complex, high energy melody lines.

Despite his refusal to play more popular music, like R&B or hard rock, Abate has made a good living, raised three kids, and maintained a comfortable household in rural Coventry, Rhode Island.

His first love continues to be the alto sax. As a twelve year-old in an era when most kids his age were into The Beatles and the The Rolling Stones, Abate was captivated by the serene, lyrical alto playing of saxophonist Paul Desmond, the late pianist Dave Brubeck's jazz partner of many years. That influence might not be easily recognized from the high energy, complex way he plays today, but it was Desmond's creative command of the instrument that first attracted him.

Greg Abate is almost always working. After graduating from The Berklee College of Music, he spent two years as lead alto player with pianist/singer Ray Charles and his Orchestra, touring the USA and just about every Western European country, as well as Japan.

He also worked and traveled with the Artie Shaw Orchestra, directed by New Englander, Dick Johnson, another of New England's most respected alto sax players. He's sat in with vibraphonist Lionel Hampton's small group at concerts in Moscow, Idaho, and played with such other famed jazz stars as saxophonists James Moody and Paquito D'Rivera. He has also added his bebop talents to such well-known vocalists as Rosemary Clooney, Mel Torme and Tony Bennett.

Currently, he is an adjunct professor of Jazz Studies at Rhode Island College and is also a very active jazz clinician. As a co-sponsor with the Conn-Selmer Instrument Co., he conducts workshops and master classes throughout the U.S. and abroad. 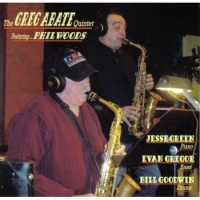 Recently, Abate recorded a new CD with one of the all-time great stars of the alto sax, and one of his long-time idols, Phil Woods. It's safe to say that just about every jazz saxophonist since the '60s has been inspired by Woods' inventive bebop style. On this recording, Abate plays baritone, tenor and flute as well as his signature alto saxophone. He and Woods are like two trees growing gracefully out of the same roots. Their time feeling, their phrasing and their interplay with the rhythm section makes for a seamless combination— two musicians who share the same roots. "In my opinion," says Abate on his CD's liner notes, "Phil Woods has been the premier alto player for many decades. To actually play together was a fabulous experience."

Woods responds with equal admiration: "I sleep a lot better knowing there are alto players like Greg Abate."

Now over lunch, asking Abate about the other part of his busy career—the endless traveling, the disorientation of landing in a strange country and having to play with musicians he may never have even met before—he sighs and nods his head. "The traveling is tough. A few months ago I flew into the UK from Boston, a seven- hour flight. I go through customs and baggage claim, then I hop a train—another two or three hours on the rails. I get to this place where I'm playing, a club in some small town in the north of England. I take my horn out and count off the first tune. Not even a chance to get to know the other musicians' names. Next morning it's another 3-hour bus ride. I meet up with another new rhythm section at another new town.

"On my last gig, I did this kind of back-and-forth traveling for 23 days straight with just a very few days off along the way."

"Grueling? Oh yeah. Last summer I was playing in the UK and then had to fly to another gig in Italy. I flew from Heath Row to Rome and then had a four-hour car ride north to the gig. It was 110 degrees and no air conditioner. I played a three-day job in a small town north of Rome, then drove back down to the airport, flew back to England, worked a few more days there, then headed home to Rhode Island. My first day home, I had a class to teach at Rhode Island College. With the jet lag and the time change, I was pretty much baked."

How about local gigs? They must be easier than the international ones. He takes a sip of his ice tea and sighs. "Not really. A few days after I got back from my last tour in England, I had a one-nighter in Baltimore with Phil Woods, then the next three weekends I played dates with him in Cleveland and Philly. Then two days after that, I'm back in England again."

Just listening to him recount his schedule is tiring. When asked if he'd ever had any really bad travel experiences, he rolled his eyes and replied, "Oh, yeah. Like I got stranded in Moscow once. My visa had expired and there was this terrible snowstorm. There was a big language problem, but finally, after hours of trying to explain who I was and why I was there, I got them to send me to Paris."

When asked what his favorite cities were to play in, he answered, "New York, Chicago, and San Francisco. But there are great players and great venues all over the planet."

Does Abate have an agent who does all this booking or does he do it all himself? "I book mainly on my own and sometimes through a few different agents, and also people meet me at a gig and they'll book me for their venue."

Finishing up lunch, the next obvious question for Abate is, does he think he can continue playing at his best level, given the stress of living on the road like he does? He leans back in his chair and for the first time during the interview, Abate puts his hands behind his head and actually relaxes. "I'm happy and surprised and blessed to say that no matter where or when I put my horn to my lips and start playing, I go somewhere where I am always able to draw energy to play my best. To have this joy and inspiration that jazz gives me... it's worth all the effort, it really is."