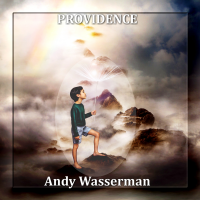 D-Caf jazz began as a quartet of four guys - all professional musicians - who have interacted with each other professionally across various musical endeavors over the years. For two years before our founding, there was talk among some of us about starting a new jazz group. Then an opportunity was presented to Scott, who immediately contacted Peter, Rene and Mike. Intense rehearsing began, and then followed the live performances. Much applause. The group earned a following of supporters. Life transformations brought about changes to the ensemble. It was decided by Scott, the group leader, that the name would be changed from D-Caf Jazz Quartet to simply D-Caf Jazz

The passion for performing, teaching, writing and producing music has fueled Saxophonist Dan Moretti's eclectic musical career. Throughout the years his personal sound and original writing have gained him international recognition as a performer, educator, composer and producer. His inspiration and broad pallet of styles has allowed him to travel and collaborate with musicians across the cultures of Europe, Africa, South America and Asia, Israel and Turkey through performances, recordings and educational seminars. With 17 original recordings to his credit the inspiration continues to flow in exciting new ways. Dan was born in Providence, Rhode Island

R. A Fish started playing drums in 1961 for his Jr. High concert band. By High School he was performing on drumset for his H. S. Jazz Band as well as Drum Captain of his HS Marching Band. He has jammed with Bob Marley, Chet Baker, and Buddy Miles as well as performed with Downbeat Critc Poll Winner Jazz clarinetist Perry Robinson, the Drifters, Mary Travers of PP and M, The Puosette-Dart Band, Michael Harrison, and Sharam T. Shiva. He currently performs with his own R. A. Fish's Global Jazz Ensemble and conducts global drumming programs for K-12, special needs facilities, hospitals, colleges, and community centers through The Young Fish School of World Drumming (www.youngfishschool.com)

Gentle Giant: A Film About Dave McKenna needs your support

Described by the New York Times as the “hardest swinging pianist of all time", Dave McKenna's rare genius on the piano went largely unnoticed by the music world, until now. At a young age, Dave played with jazz-giants like Gene Krupa and Stan Getz. He went on to have an extensive recording career and played with ...

Oh, have times changed in Newport

There was a time after the first phase of the Newport Jazz Festival (1954-1971), that jazz pretty much was a dirty word in Newport. The city, known as a playground for the super-rich, was a Navy town transitioning into a tourist mecca. The jazz festival lost its luster after 1969 and 1971 riots by beer-swilling rowdies ...