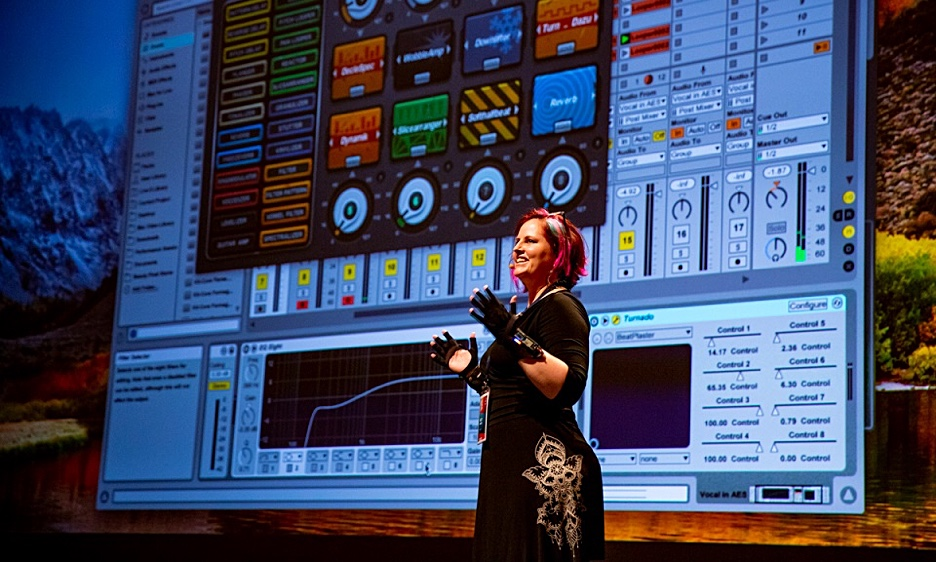 By IAN PATTERSON
September 25, 2018
Sign in to view read count

In the jazz industry, are we moving forward or are we just trying to hold on to what we have? —Scott Cohen, co-founder of digital distribution company The Orchard, cyborg

It was on the very edge of South-Western Europe, in Lisbon, that the European Jazz Conference celebrated its fifth annual gathering. The three hundred plus delegates from thirty five countries who convened in the Centro Cultural de Belém represented a record attendance for the largest, functioning jazz network in the world. In essence, the European Jazz Conference unites member organisations of the Europe Jazz Network in what is as much a celebration of 'family' as it is an organism that promotes cultural interchange, better working practices and improved understanding of the forces---political, economic and technological—that impact upon jazz across Europe in the twenty first century.

The Portuguese capital was a particularly fitting location for the EJC given the conference's theme, "On the Edge"—a reference to geographical and cultural peripheries as well as musical ones. Portugal may sit on the edge of the continent, yet it is a cultural melting pot, the legacy of five centuries of global exploration and colonisation in Africa, South America and Asia.

Despite the diversity of its population and its sizeable contribution to the arts and sciences, however, Portugal has somehow often been on the margins of Europe, not just geographically, but politically and culturally too, to some extent. In large part, Portugal's relative isolation in the twentieth century can be put down to forty years of authoritarian rule from the 1930s to the mid-1970s, under the divisive figure of António de Oliveira Salazar and the Estado Novo. In 1971, Charlie Haden—in Portugal with Ornette Coleman's quartet—got on the wrong side of the Estado Novo when, after dedicating a song to the anticolonial revolutionaries in the Portuguese colonies of Guinea, Mozambique and Angola, he was arrested, jailed and interrogated.That, however, was a long time ago.

The relatively sparse attendance of EJC delegates at the showcase performances in the CCB must have been slightly disheartening for the musicians, who surely saw their selection for the showcases as potential springboards to much wider exposure. Whilst some delegates might have been in meetings it doesn't explain the absenteeism of so many. One of the Portuguese hosts was prompted to say that the conference should not be seen primarily as an opportunity for cultural tourism.

There was, in fact, scheduled opportunity for tourism, with a choice of six guided heritage walks on Friday afternoon and a selection of cultural tours through four of Lisbon's most historic quarters on Sunday morning. The heritage walks were introduced with great success at the 2017 EJC in Ljubliana, Slovenia and, apart from helping to put the conference location as well as the music into a physical and historical context, they also provide a welcome breather from the hermetic conference environment.

The music presented over the course of the EJC will be covered in a separate article by Henning Bolte.

Much ritual and ceremony surrounds the EJC, though the necessary formality and tight organisation is tempered by an extremely relaxed atmosphere. Board meetings, opening and closing ceremonies, keynote speeches, panel debates, discussion groups, awards and mention of achievements of special merit, were nearly all presented by Ros Rigby, who was stepping down from her role as President of the European Jazz Network after six productive years.

Rigby has overseen a busy period of EJN activity marked by some notable achievements. The publication of editor Francesco Martinelli's book project A History of European Jazz: The Music, Musicians and Audience in Context (Equinox Publishing, 2018)—the culmination of years of collective effort—was a particularly laudable achievement, while the passing of the EJN's Gender Manifesto should ensure greater gender balance in all areas of the EJN's practices.

Rigby has been succeeded by Jan Ole Otnaes of Nasjonal Jazzscene, Norway. In the official handing-over ceremony Rigby was presented with a huge bouquet of flowers. The flowers may eventually pass from Rigby's memory but it is highly unlikely that she will ever forget the sustained standing ovation and outpouring of goodwill from her many EJN colleagues and friends.

Maria João: Journeys on the Edge

The main business got under away with the first keynote speech, given by Portuguese singer Maria Joao. In a stellar career, this unique singer/improviser has worked with Bobby McFerrin, Joe Zawinul, Dino Saluzzi, Ralph Towner, Gilberto Gil and Wolfgang Muthspiel. Her most enduring collaboration, however, has been with pianist Mário Laginha with whom she has recorded numerous albums of great depth and beauty.

An opening video showed an extraordinary close-up of João's vocal chords/articulators -working the soundtrack of the song "Good Morning." It was a striking piece of theatre, not unlike Samuel Beckett's Not I, though without the nerve-shredding effect. João then talked with pride about her mixed Mozambique/Portuguese heritage and the bullying she received—and stood up to—as a child because of her appearance. A light-hearted, group-warm-up session followed, with stretching and vocal exercises -a practise, João emphasized, which is an essential part of her routine before singing.

João spoke of her seminal influences -singers such as Betty Carter, Ella Fitzgerald, Billie Holiday, Bobby McFerrin, Urszula Dudziak. She singled out Brazilian singer Elis Regina as a particulary significant influence. The major thread of her slightly rambling though passionate talk centred on the demands and rewards of music, and the changing nature of the music industry. "Before it was just the music but now there are so many things around the music," João lamented. Interestingly, João related how she felt that she had never experienced sexual discrimination throughout her career.

A romantic at heart, João said that an artist shouldn't really have to do anything except focus on their art -a rather utopian wish in a very competitive, unforgiving, modern world. If João did offer some practical advice to musicians, it was to strive for self-identity, and to fight and fight again to succeed.

The first panel debate of the weekend focused on Portuguese jazz and the challenges facing Portuguese jazz musicians with regards to touring and collaborating with other musicians abroad. The panel, which was moderated by jazz historian, author and Director of Siena Jazz, Francesco Martinelli was dominated by Pedros: Pedro Guedes, Director of the Orquestra de Matosinhos; Pedro Costa, Clean Feed record label manger and promoter; Pedro Cravinho, author and researcher; Rui Eduardo Paes, author, journalist, promotor; and Beatriz Nunes, musician.

Cravinho, who contributed the chapter on Portugal in A History of European Jazz: The Music, Musicians and Audience in Context (Equinox, 2018) began by describing the country's earliest jazz musicians. Despite Portugal's geographical isolation and the aforementioned decades of right-wing, conservative rule, Cravinho spoke of the presence of Spanish jazz musicians in the main, but also French, Belgian, Dutch and Swiss jazz musicians who played in Portugal from the 1950s. Evidence suggests, Cravinho said, that prior to 1974 foreigners provided the main body of jazz musicians in Portugal. "The professional jazz scene came later than in other European countries."

Paes, likewise a contributor to the Portuguese chapter of A History of European Jazz... pointed to forty eight years of political, cultural and social isolation as the main reason why professionalism in Portuguese jazz did not really take off until the period just prior to and after the revolution in the mid-1970s. Isolation, said Costa, remains one of the key impediments to the diffusion of Portuguese jazz today. Pedro Guerdes described the "logistical nightmare" of attempting to take the seventeen-piece Orquestra Matosinhos outside Portugal.

Pedro Costa agreed, stating simply that for Portuguese musicians to have a greater impact on the European scene then greater financial support to cover travelling expenses was needed. The dual challenges facing Portuguese musicians, Costa said, were a limited audience at home and the logistical and economic difficulties in playing abroad.

As Costa underlined, more and more jazz musicians of real quality are emerging in Portugal with the talent to perform to any international audience. Perhaps one of the key functions of the EJN moving forward, should be to place greater emphasis on facilitating funding to support touring musicians, which is, after all, the life-blood of jazz.

Beatriz Nunes, a member of the internationally renowned group Madredeus, and the leader of her own group, pointed to the growth of jazz studies outside of the major urban centres in Portugal, a development which she predicted would have a positive impact in the next ten to fifteen years. Although the projects, and proposals for projects, from Portuguese jazz musicians are of an increasingly higher standard, Nunes said, the national market remains small. "It's important to think globally," Nunes advised. She also recounted a recent trip to New York where she participated in a singing workshop with Bobby McFerrin, and singers from Brazil and Argentina, saying that she felt this type of cross-cultural collaboration was not possible in Portugal.

This last comment came as a surprise given Portugal's multi-national, multi-ethnic society. Why cross-cultural projects seem to be uncommon was not directly touched upon, but despite having the world inside their country, all the Portuguese bands on the showcase stages were strikingly homogenous. "We're not integrated at all," Costa remarked candidly.

In the Q&A session that followed, Dragon Ambrozic, program director of Belgrade Jazz Festival spoke of the success of Portuguese bands at his festival in the last decade, describing their sound as "something fresh in jazz." His audience, he related now ask him which Portuguese bands are coming next year to the festival.