Noel Taylor is an active musician, now living in Lisbon, Portugal. Whilst living in London he was a part of the free improv scene, frequently playing at venues such as the Vortex, Battersea Arts Centre, Cafe Oto, Iklectic. He has released CD's via the label, citystream; with 'Bay's Leap', 'Splatter', a duo with Niko Meinhold, a duo with Alberto Popolla, 'Uncle Rabbit', the 'Improvising Clarinet Ensemble' , a project named 'Stones of Contention' recorded in Sicily with a sextet, 'Quartet Exquis' (in Portugal during the Covid lockdown) ,and solo and group releases on net labels - Headphonica and Clinical Archives

Banha Da Cobra Cosmos Campolide July 29, 2021 Cosmos Campolide is a new venture housed in an aging building, which used to be an 'old gentlemen's club,' going back around a century. From the street outside, its existence as a moderne venue for electronic adventure isn't evident, it just looks ...

A Brazilian, who has Brazil and jazz engrained in her voice and soul, GUAI made her first stage appearance at the age of four. In 2016, she independently released her debut album, entitled DAMA DE PAUS; a bold and conceptual work, which generated rave reviews from important music journalists as well as the biggest names of Brazilian music, such as Roberto Menescal, Ivan Lins and Carlos Lyra. She was nominated for the biggest music awards in Brazil in 2011, 2012 and 2017. That year, she also launched her career internationally in Lisbon, Portugal, where she is currently based. The daughter of a pianist father and a vocalist mother, GUAI was exposed to music from an early age and she was destined to fulfil a personal mission to sing

Paulo Santo is a Portuguese vibraphonist who was born in Leiria in 1985. He started playing drums at age 12. Over time the music became his principal interest. In 2000 he studied classical percussion in Conservatório of Leiria and started to attend some classes of improvisation. Later started studying with Carlos Barreto in the jazz school of Hot Club Portugal and begun to dedicated exclusively to the vibraphone. Throughout his learning, he highlights the musicians Afonso Pais, André Fernandes, Jeffery Davis, Vasco Mendonça, João Moreira, Nelson Cascais, Pedro Moreira, Stefon Harris and Steve Nelson

Born in Lisbon in 1974. Bass player and composer with collaborations in jazz, improvised music, theatre, dance and video. Developed compositions in his own projects, Interlúnio and GRIP 5. Participated in Al-jiçç, 3-Bass-Hit, Wishful Thinking and Pablibut Sone.

He is a founding member of the world-renowned Drummers Collective NYC, where he taught for over twenty-five years. Michael was the Professor of Drum Set Studies (2003-2020) and head of the Jazz Department (2005-2010 & 2015-2017) at the Escola Superior de Música, Artes e Espectáculo (ESMAE) Porto, Portugal.

He is currently Professor of Drum Set Studies at Escuela Superior de Música Jam Session Barcelona, España and is the founder / artistic director of The International Drum Academy Lisbon, Portugal.

#Womentothefore Of The Jazz Scene For International Women's Day 2021 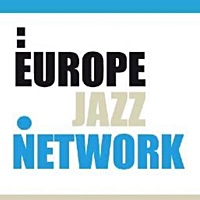 An online initiative launched today by the Europe Jazz Network in collaboration with magazines, web portals and radio programmes across Europe and beyond, aims to advocate for a fairer and more balanced creative music sector and to highlight the women who fuel the contemporary jazz scene with their creativity, artistic vision and leadership. On March 8, ...