Urszula Dudziak is a world-renowned Polish jazz vocalist with an extraordinary freedom and perfection of intonation coupled with original technique.

In childhood she learned to play piano, began singing in high school, influenced by the voice of Ella Fitzgerald. She began her career in the '60s with the team of Krzysztof Komeda, also sang and recorded with the orchestra of Edward Czerny. Originally performed mainly jazz standards, but then teamed up with future husband Michal Urbaniak and changed the nature of Polish jazz.

In 1973, together with Michal Urbaniak she went to New York and did extensive recording. She has performed or recorded together with such famous artists as: Bobby McFerrin, Herbie Hancock, Jaco Pastorius, Ron Carter, Michael Brecker, Flora Purim, Nina Simone, Carmen McRae, Dee Dee Bridgewater, Sting and Lionel Hampton.

Dudziak has performed in almost all countries in Europe, Asia and the Americas, including New York's famous Carnegie Hall and the Newport Jazz Festival. She worked with many famous jazz bands and formations, including Vocal Summit, Vienna Art Orchestra, the Gil Evans Orchestra and Archie Shepp. 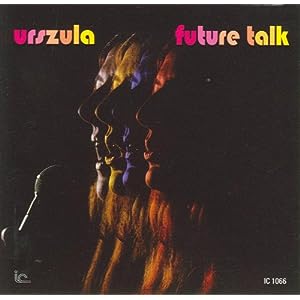 All About Jazz musician pages are maintained by musicians, publicists and trusted members like you. Interested? Tell us why you would like to improve the Urszula Dudziak musician page.