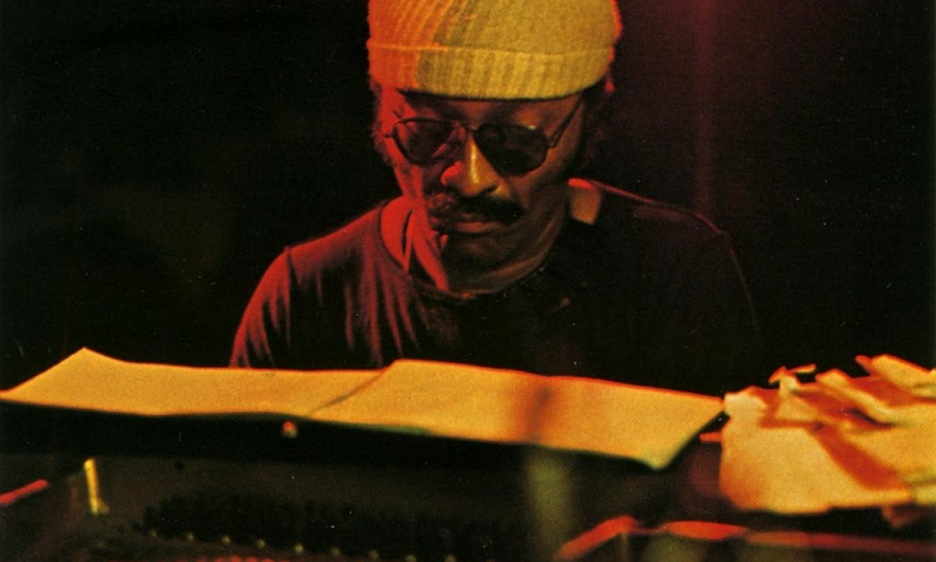 By KARL ACKERMANN
April 7, 2018
Sign in to view read count
As he approached the age of ninety, Cecil Taylor could be excused for some of his indulgences. Still highly opinionated on a range of subjects; still chain smoking, still harboring old resentments, and so on. For a man from whom new ideas sprang constantly and effortlessly, Taylor could get stuck in real-world dramas. He had a patriarchal legacy that held him above the everyday judgments of other mortals; he was a founding father of free jazz, a co-founder of the avant-garde supporting Jazz Composers Guild, and an enigma to even his closely aligned colleagues. And there may not have been any modern jazz musicians who inspired more passionate support and contempt in equal measure.

Taylor was born into a middle-class Queens, New York, family in 1929 and remained a New Yorker for most of his life. He began piano lessons at the age of six, later studying the classics, even while partial to Fats Waller and Duke Ellington. Taylor attended the New York College of Music, and later, the New England Conservatory. He stayed in Boston for several years during the early 1950s before returning to New York, already in the process of developing his own musical language.

Along with a few smaller labels, Taylor had recorded with Blue Note, the Swiss label, Hathut, and German labels Enja and FMP. He had issued more than one-hundred albums in his career, almost all as group leader or as a solo performer. Taylor's abbreviated discology of side projects suggests that he was far more suited to being in charge. He recorded just two albums as a co-leader, both duets from the late 1970s. A duo with Mary Lou Williams, Embraced (Pablo, 1977), was a decidedly unsuccessful mismatch that left Williams scrambling to catch up with the omnidirectional Taylor whose participation was less than sympathetic. The live duo album Historic Concerts (Soul Note, 1984) with Max Roach was recorded in 1979 at New York's Columbia University. The double-CD includes both solo and duet performances. There are times when the atonal performances deliver driving exhilaration but more often, those occur during the solos. When Taylor and Roach play together, the pianist often takes up all the oxygen in the hall. Roach, eventually, sounds adrift and losing steam. Taylor appeared on four other albums in guest spots. Into the Hot (Impulse!, 1961) is billed as a Gil Evans album though Evans handed the project off to trumpeter and composer John Carisi. Carisi directed an orchestra on three of the six tracks, and the Cecil Taylor Unit recorded the other three tracks in a separate session. Taylor's contributions were re-released on his own compilation album Mixed (Impulse!, 1998). On the hard to find, double-LP from classical and jazz pianist Friedrich Gulda, Nachricht vom Lande (Brain, 1976), Taylor is featured on three tracks. Tony Williams' The Joy of Flying (Sony, 1978), is a fusion release that included George Benson, Herbie Hancock, Tom Scott and Stanley Clarke. The album closed with a Taylor/Williams duet that is jarringly out of the overall framework. The Art Ensemble of Chicago, on their obscure Thelonious Sphere Monk: Dreaming of the Masters, Vol. 2 (DIW Records, 2002) feature Taylor on three of seven pieces (none by Monk). As with the Williams duo, Taylor's power overwhelms the group. Taylor never recorded as a credited sideman beyond these three albums.

To understand Taylor's music—to the extent that it is possible—it is helpful to recognize his connection to dance, an art form that was imprinted on him at birth. Taylor had a strong affinity for dance; his mother was a professional dancer and Taylor cited dance as an inspiration for his style of playing. He had worked with Heather Watts, formerly a principal ballerina with New York City Ballet, and Mikhail Baryshnikov with whom he developed a jazz and ballet performance that toured nationally; the score for Tetra Stomp: Eatin' Rain in Space was composed by Taylor. In one of his last public appearances, in 2016, he anchored a panel for Conversation: Cecil Taylor and Dance at the Whitney Museum of American Art, where he was joined by Watts and other dancers that he had worked with in the past. Taylor read his own poetry, danced a bit (he was already using a cane to walk), and then sat down to play. Taylor spontaneously incorporated dance in the movement of his music as well; free-flowing and forceful, malleable, elegant, classical phases instilled with an audacious sensation of tension. His own movements, in live performances, reflected a dancer's approach. Taylor, in his flowing apparel and headdress, approaching the piano as if stalking it; Taylor was a dancer with a keyboard.

In disconnected settings, Taylor, Sun Ra, Ornette Coleman, Albert Ayler, and later, John Coltrane—circa, Ascension (Impulse!, 1966)—were initiating the free jazz movement in the mid-1950s and early '60s. For each, creative impetus often disconnected from reality; Sun Ra had his cosmic beliefs and claimed to be from Saturn. Coleman, his dense Harmolodics and Ayler had dreams and visions that transformed him into the "Universal Man." What Taylor had was the clear memory of his mother monitoring his practices with the sharp edge of a ruler. That disciple kept him practicing five to seven hours daily, six days a week, into his eighties. While his music may have been above many heads, his work ethic was firmly grounded. His due diligence was rewarded, if not financially, then at least in terms of professional recognition.

Taylor was invited to play at the White House during the Carter administration; in 1973 he was awarded a Guggenheim Fellowship and a MacArthur Fellowship in 1991. As the decade of the 1970s began, Taylor was a frustrated educator, teaching music at the University of Wisconsin. He felt his students lacked seriousness and gave failing grades to two-thirds of his class. Early in his performing career, Taylor's unique style put him out of favor for bookings at many conventional jazz clubs but his long-term commitment to his own vision later came to be recognized for its exceptionality. He was named pianist of the year nine times by Downbeat.