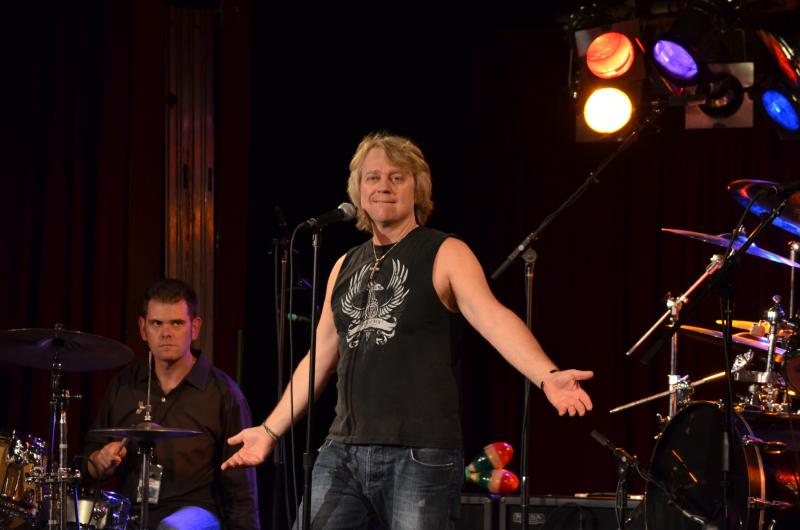 By Mike Perciaccante
October 29, 2011
Sign in to view read count
Tom Hambridge and George Thorogood
B.B. King's Blues Club & Grill
New York, New York
September 27, 2011
It was a cool Tuesday evening in New York city. Inside B.B. King's Blues Club & Grill, there were no signs of the so-called recession evident as the cash registers behind the bar rang again and again. The wait staff was kept equally busy as they ran back and forth between the kitchen and their stations.
The musical portion of the evening began with Grammy-, ASCAP- and multiple Blues Music Award-winner Tom Hambridge. Hambridge is a multiple threat. Not only is he a fantastic artist in his own right, he is the producer and writer behind hit songs and CDs by Buddy Guy—Living Proof (Sony, 2010), which won a Grammy for Best Contemporary Blues Album, Lynyrd Skynyrd, B.B. King, Johnny Winter, Susan Tedeschi and Jonny Lang.
As soon as he set foot on the small stage, Hambridge and his band, The Rattlesnakes, set the club on fire with an amazing set of Southern-fried honky-tonk, boogie-woogie blues and country-influenced rock. The band's hard-driving opener, "Rattlesnake Man," set the tone for the evening as Hambridge delivered a straightforward set of passion-filled Rock 'N' Roll. Interjecting humor and basic truisms into his music, his eight song set was electrifying. "Shot Glass" was introduced as "another song about drinking." "The Upside of Lonely," which was termed as "a happy Blues song" opened with a phrase for the ages—"The good thing about you being gone/I can watch the game all day long/I can stretch my legs out in the bed, an extra pillow underneath my head..." Other highlights included "Going Down To Mexico," on which the singer took over the duties behind the drums and showed off his incredible skills as a top-notch percussionist. Calling the crowd's attention to a number of servicemen in the audience (and dedicating the upcoming song to all those in the military, Hambridge then proceeded sing a thought-provoking and tender ballad called "Nineteen." The next song, "I Got Your Country Right Here" (which Hambridge explained was the title of Gretchen Wilson's new record) featured a countrified version of the riff from Led Zeppelin's "Heartbreaker" and name-checked all of his influences: Charlie Daniels, Hank Williams, Waylon Jennings, ZZ Top, Lynyrd Skynyrd and Johnny Cash. His last tune was the incendiary "Lone Wolf," ending the set the way it had started—white hot and rockin.'

After a short intermission, George Thorogood and his band, the Delaware Destroyers, sauntered onto the stage, fired-up the amps to eleven and delivered a strong hits-filled set to a wild audience filled with devotees. Opening with "Sweet Little Rock 'N' Roller," Thorogood then segued into "Who Do You Love?" with its Bo Diddley backbeat, and augmented it with a cameo appearance by Tom Hambridge (who produced Thorogood's 2011 Capitol Records CD 2121 South Michigan Avenue) on maracas. Quipping that he would "be doing everything in my power to get arrested tonight," and that, if so, he'd be going to go to jail for Rock 'N' Roll, the energetic rock set continued with "The Fixer," "Night Time (Is the Right Time)," "I Drink Alone" and "One Bourbon, One Scotch, One Beer." 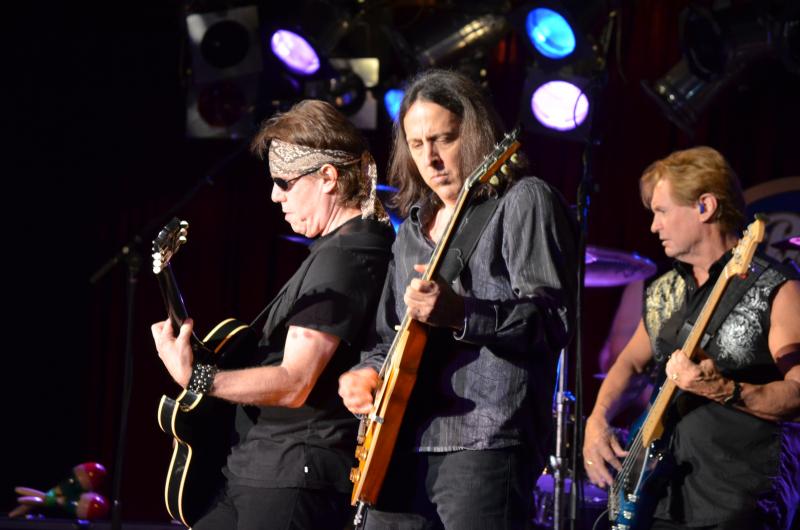 George Thorogood and the Delaware Destroyers


After the so-called alcohol songs, the smoking-hot show continued with "The Seventh Son" which was dedicated to all the women in the audience. Punctuating "Get a Haircut" with a bold, yet true declaration, "I know I'm full of shit, but I'm having a good time," Thorogood had the crowd dancing in the aisles. He then introduced the next song by dedicating it to "some real heroes from the New York Fire Department. Come on, guys. Stand up and take a bow!" With that the he launched into what is perhaps his biggest hit, "Bad To The Bone." The show ended with his strutting through the crowd wearing a fedora that he grabbed from a woman's head, and parading between the tables while performing a note-perfect rousing version of his most well-known song, "Move It On Over." With that, Thorogood and The Destroyers left the stage.

After the cheering crowd clapped, screamed and generally lathered themselves up to a fever pitch, the band suddenly re-appeared for the encores. "Taildragger" was greeted with a rousing round of applause, but it was "You Talk Too Much" that had the faithful singing, screaching and shouting along with the singer.

Within a few minutes the band again reappeared and launched into "Madison Blues" that absolutely mesmerized the crowd. Thorogood, again, crouched and stalked much like a predatory cat, through the tiny aisles between the tables. He smiled and mugged to the crowd, finishing the classic Elmore James tune with a flourish.

After the last of the encores, the lights came up and a recorded version of "The Star Spangled Banner" could be heard over the loudspeakers. George came back out, saluted the crowd and flag and amicably shook hands with those who, knowing what to expect, swarmed the stage.

Thirty years ago when he first recorded many of his most-well known tunes, they were already twenty years old. Its is a testament to the songs and to Thorogood that they sound as fresh today as they did in the late '70-early '80s, and when they were first recorded in the '50s by the likes of John Lee Hooker, Muddy Waters, Willie Dixon, Howlin' Wolf, Chuck Berry, Fats Domino and Bo Diddley.